Saint Seiya Is Getting A New Manga Series!

One of the most beloved series of every 80s and 90s kid is returning. Saint Seiya is getting a new manga series as mentioned by Akita Shoten’s Champion RED magazine in their January issue.  Kenji Saito of Trinity Seven fame and Shinshu Ueda will launch the new Saint Seiya Meiо̄iden Dark Wing manga for Masami Kurumada’s Saint Seiya series.  It’ll be featured in the magazine’s next issue on December 19. Saito is going to write the story, and Ueda is going to illustrate the manga. The manga will have color opening pages.

The story will revolve around an ordinary high schoolboy. Due to some incident, he wakes up in the land of the dead.

The original author, Masami Kurumada serialized the original Saint Seiya manga in Shueisha’s Weekly Shonen Jump magazine from 1986 to 1990. The manga has then adapted into television anime, original video anime projects, anime films, and spinoff manga. The anime has also received a CG remake which was debuted on July 19 on Netflix, globally. A live-action Hollywood film has also been given the green signal. 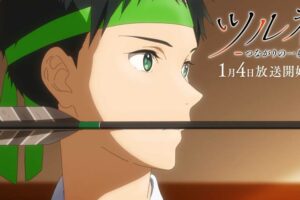