Is Delta Amado’s Daughter In Boruto? 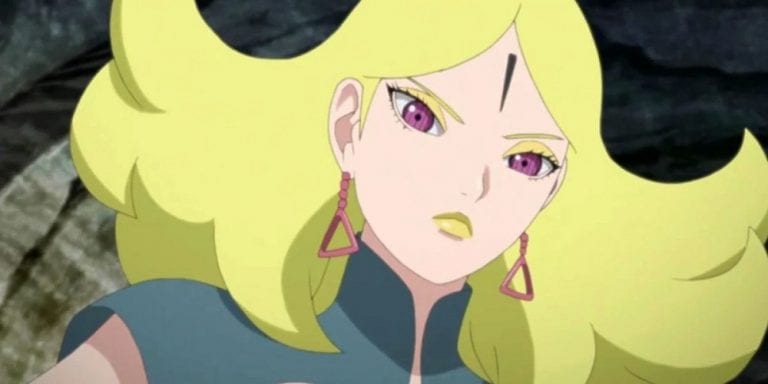 Since Boruto is a monthly manga, the fans are stuck in a cycle of reading the chapter and then spending the month speculating. During this rather slow cycle, we end up re-reading the manga quite a few times, in hopes of finding something new from time to time. This time, let’s discuss the possibility of whether is Delta Amado’s daughter? In this article, I’ll discuss the scenes that make me believe that Delta and Amado could be related! So without any further ado, let’s get right into it!

This whole theory started catching more fire after Amado opened up more about his life to Naruto in the chp 57 of the manga, where he stated that he had a daughter, who died 12 years ago.

However, there are sprinkles of hints towards this relationship between the two in the previous chapters as well. The most important ones are:

Here, it implies that Amado’s wish is related to Delta, in some way or the other. We know that she’s a pure robot, so maybe something related to that? While we can’t say for sure, Amado’s reaction did raise our eyebrows.

Another important thing to remember is that Amado used a shut-down code to put Delta to sleep. It is highly possible that he can wake her up anytime. Moreover, there’s still one more Delta left! Or rather..her body. He just has to transfer her consciousness from one body to another to bring her back to life! So does it mean whether is Delta Amado’s daughter?

While it may seem like Delta’s the only person who seems to be related to Amado now, chapter 57 of the manga has made the fans scratch their head even harder with the entry of Eida in the manga!

Are Eida and Delta Amado’s Daughters?

As Eida revealed that her ability to charm people doesn’t work on Otsutsukis and blood relatives; a lot of people naturally guessed that Amado could be a blood relative! People believe so due to the timing of the reveal of this information. Amado revealed that he had a daughter a chapter before Eida’s big reveal, and writers don’t drop information junks for fun! They always serve a purpose!

In all honesty, it could be either of them since we don’t have enough information on all the three people involved. However, there are a few things to keep in mind:
Both (Maybe Eida isn’t) of them are cyborgs. However, Amado utilized and treated both of them in different ways.

As you can see, both of them have close to equal chances to be Amado’s daughter. Both of them have something that makes us believe that they are the daughter and vice-versa. Both of them hate Amado, and both of them would help progress the story; as Eida and Code’s alliance is destructive, and Amado being an exception to Eida’s powers would serve as a good obstacle in the antagonist’s journey.

Whereas, Delta’s route could pave the way for Amado’s betrayal to Konoha. Naruto and Sasuke have already reached a weakened state, and fighting Code and Eida is going to take everything that they have left in the tank. Knowing that this is his golden opportunity, Amado could use Delta to attack the duo and lead to what could potentially be one of the biggest betrayals in both the Naruto and Boruto series.

Importance of the death of Amado’s daughter:

During his conversation with Naruto in chapter 57, Amado seemed to relate to the Hokage’s situation, as he said a few things that Naruto truly felt. This is of huge importance, as it hints towards Amado doing the same for the greater good.

Another important point (potentially) common to both Eida and Delta could be a sacrifice. While this won’t connect dots directly, we should remember that Amado can be quite considerate. He tried to reduce the deaths caused by Jigen’s karma experiment as well. He surely understood what he was doing to a person by making them a cyborg/robot and what he’s stealing from them. As Eida’s hate towards Amado comes from losing the ability to have a normal romance; it is apparent that the decision was forced upon her, and we know nothing about Delta’s past. I assume that it could be about her becoming a complete robot.

This could be similar to Naruto’s fate, where his parents had to seal Kurama inside the newborn Naruto.

Since there’s a lot to be known still, I can’t say anything for sure. However, I do think that this is a crucial angle in Boruto’s plot, which will help to build stronger side characters, which the series is in dire need of. While it is completely possible that none of them could be Amado’s daughter, they definitely have some sort of a relationship. It is impossible that Amado will stay uninvolved with either of the two over the course of this series as the build-up already exists, it’s just a matter of time. Over this course of time, we’re inevitably going to learn more about Amado and that will help us tie things together better; so let’s look forward to it! Let us know in the comments whether do you believe is Delta Amado’s Daughter and Eida are somehow related to them as well.

With that said, let us know your thoughts in the comments below!