What Was The Goal Of The Eye Of The Midnight Sun In Black Clover? The Clover Kingdom suffered substantial damages at the hands of a group called ‘Eye of the Midnight Sun’. It also took nearly all of the magic knights’ strength to defeat them. The Eye of the Midnight Sun attacked the Clover Kingdom multiple times but with meticulous planning and overwhelming force. This arc also uncovered several mysteries like the traitors amongst the magic captains, the massacre of the Elves, and the first Wizard King.

What was the goal of the Eye of the Midnight Sun?

The Eye of the Midnight Sun was an enigmatic group of people who attacked the Clover Kingdom multiple times. A series of events occurred in the Clover Kingdom that seemed unconnected at first glance. These were actions carried out of spite and hatred by rogue magic knights; but a bigger storm was cooking behind the scenes.

It was revealed that all of it was the work of a group led by Patolli along with Fana, Raia, and Vetto. They were actually elves who had reincarnated into the bodies of humans. So what was the purpose of the Eye of the Midnight Sun behind wreaking havoc throughout the kingdom?

The real goal of the Eye of the Midnight Sun was to annihilate the Clover Kingdom and the royal families. They also wanted all the elves’ souls to take over the bodies of ‘marked’ humans using magic stones.

In the pursuit of these magic stones, the Eye of the Midnight Sun attacked places where they were hidden: Seabed Temple, Witches’ Forest, and even the Royal Capital. The Elves’ souls were suspended due to Forbidden Magic used by Licht hundreds of years ago under the deceit of the devil Zagred. Once placed in the Tree of Life monument, the magic stones caused the elves’ souls to reincarnate into human bodies.

This was the beginning of the attack by the Elves.

After the revival of all the Elves at the cost of the followers of Eye of the Midnight Sun, they proceeded to ‘fully reincarnate’ themselves. They intended to take over the bodies of the humans and kill all the others. For this reason, they needed to open up a Shadow Palace by a formation called the Apostles of Sephirah. The Elves will be fully in control when the final magic stone is placed at the pedestal in Shadow Palace.

However, they did not know that they were again acting for the benefit of Zagred. He wanted to obtain a five-leaf grimoire by throwing Patolli into despair. He used Patolli to open the Shadow Palace and obtain the magic stones. By telling him about how Patolli had inadvertently caused a massacre under the impression that Licht desired the Elves’ reincarnation.

The arc ended in a huge fight between Zagred and the Clover Kingdom knights aided by Licht (revived) and the first Wizard King. The elves still seem to have a major role to play in the upcoming arcs as they are currently training Noel, Mimosa and Secre so that they can defeat the Dark Triad! 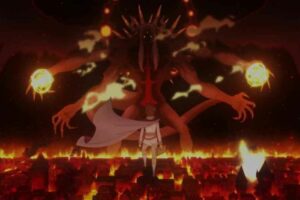 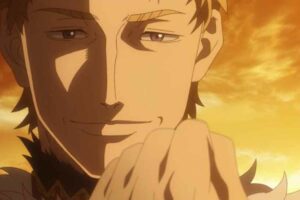 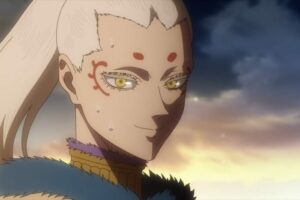 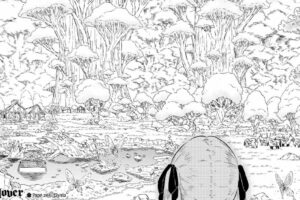 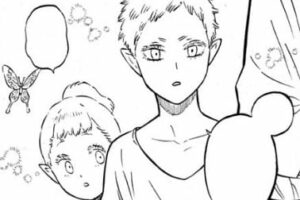