Black Clover: Who Killed the Elves?

The Elves were a peaceful community in the Forsaken Realm of the Clover Kingdom. They were dearly loved by mana and blessed with immense magical powers. They were friendly and kind and were worshipped by the humans who did not have as much magic as them. But on the auspicious occasion of the marriage of … 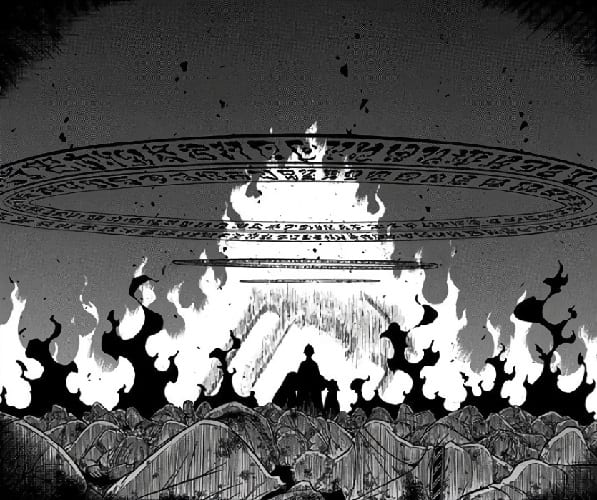 The Elves were a peaceful community in the Forsaken Realm of the Clover Kingdom. They were dearly loved by mana and blessed with immense magical powers. They were friendly and kind and were worshipped by the humans who did not have as much magic as them. But on the auspicious occasion of the marriage of the leader of the elves, Licht, the entire community was slaughtered.

Ever since the story of the elves comes to light in Black Clover, the questions of “did the first Wizard King, Lemiel deceive the elves? Was it someone from the elves?” keep popping up in the viewers’ minds.

Contents hide
So who was behind the slaughter of the elves?
How were the Elves killed?
Aftermath of the Massacre

So who was behind the slaughter of the elves?

The difference in the magic bestowed upon humans and elves gave a window of opportunity to Zagred. He schemed to pit the humans against elves, creating an irreparable divide that would eventually lead to the annihilation of elves.

How were the Elves killed?

Zagred stumbled upon a chance presented to him in the form of the wedding of Licht and Tetia. Lemiel and Tetia had only told their family about the wedding, but the location of the wedding was only known to the elves and Lemiel & Secre (now known to us as Nero).

Zagred took over the body of a minister and brainwashed the royal court and the royals against the elves. On the day of the wedding, he made the King call his son, Lemiel to the court who got caught in a trap laid by Zagred so he could be blamed for betrayal and revealed his true intentions.

By the time Secre came to save Lemiel, the royals had already reached the place of the wedding.

As the couple exchanged vows under a pavilion, the entire sky suddenly became dark and soon arrows made of Light magic became visible. The arrows started raining down on the elves, mercilessly cutting through their bodies. The area around the pavilion was surrounded by a barrier to keep them from escaping and their mana was being sucked into a magic siphon used by the royals.

With Lemiel’s absence and the appearance of arrows made from magic used by the man himself, it was evident who the traitor was. However, even the light magic was nothing but Zagred’s devilish trick. Seeing his clan in such a dismal and sorrowful state, and feeling shattered by Lemiel’s (apparent) betrayal, he regressed towards corruption. His four-leaf grimoire turned into a black five-leaf one.

Zagred was keenly waiting for Licht to fully turn into a dark elf to take over his body when Lemiel and Secre arrived on the scene. This gave Licht hope, that at the very least he hadn’t been betrayed by Lemiel and resisted Zagred taking over him. However, he could not do the same with the negative mana.

Aftermath of the Massacre

Licht, with his overflowing negative mana, used the magic stones to turn into a berserk humongous demon. The battle was a fierce one, as Lemiel struggled to keep Licht from hurting the humans.

Secre discovered that Tetia was still alive along with one of the twins she was pregnant with and sealed their wounds. She ran off to help Lemiel with the siphon and magic stones, who used the siphon to barely absorb a giant attack. In the tiny frame of time that Licht regained control of the body, Lemiel produced a huge sword made of light magic and killed the demon, with only a skull left on the ground after the attack,

Zagred tried seizing the black grimoire, but Secre used the magic stones to cast him into an Eternal Prison. But as cunning he was, he used Forbidden magic to suspend his and the elves’ souls to reincarnate in the future before the Eternal Prison was locked.

Lemiel was terribly wounded in the fight and Secre chose to use the magic stones to seal him into a statue atop the skull so that he could fight off the demon in the future. As a result of her using Forbidden magic, she grew horns and turned into an anti-magic bird.

In the end, the royals kept all the happenings under covers and hailed Lemiel as the Wizard King, and a wedding which was supposed to unite humans and elves proved to be the contrary.

TL;DR Zagred, a devil was behind the massacre of the elves community. He plotted to frame the first Wizard King, Lemiel to take the blame in his stead.

Do you have any thoughts about how the massacre could have been prevented? Do you think whether the elves and humans would have ever actually been able to live together harmoniously? Let me know in the comments!