Kaguya-Sama: Love Is War Manga To End In 14 Chapters

The season 3 of the anime ended recently. 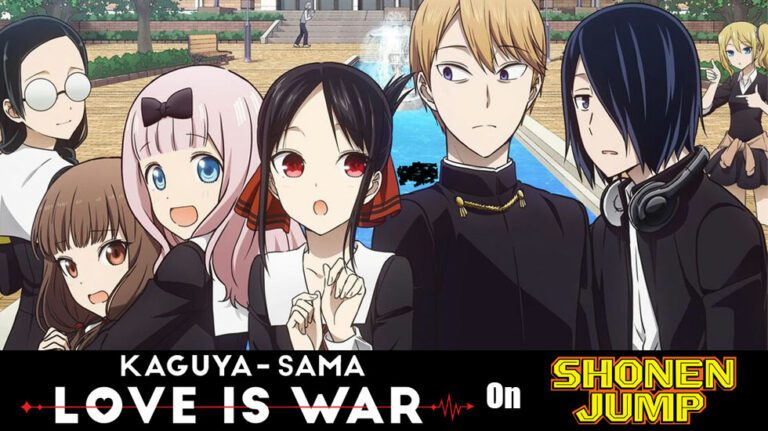 The 31st issue of Shueisha’s Shonen Jump revealed that Kaguya-Sama : Love Is War manga will end in 14 chapters. However, if there are delays due to unavoidable circumstances, the ending might be pushed ahead. Albeit, without delays the series will end in October 2022.

The final arc of the series started in October 2021.

The anime also got its first ever special exhibition starting April 29, 2022, to celebrate the release of Season 3.

The season 3 of the anime ended recently.

Viz Media is publishing the manga in English for western audiences.

Viz Media describes the series as:

All’s fair when love is war!
Two geniuses. Two brains. Two hearts. One battle. Who will confess their love first…?!
Kaguya Shinomiya and Miyuki Shirogane are two geniuses who stand atop their prestigious academy’s student council, making them the elite among elite. But it’s lonely at the top and each has fallen for the other. There’s just one huge problem standing in the way of lovey-dovey bliss—they’re both too prideful to be the first to confess their romantic feelings and thus become the “loser” in the competition of love! And so begins their daily schemes to force the other to confess first!