The anime will aired on TOKYO MX, BS11, Gunma TV, and Tochigi TV. 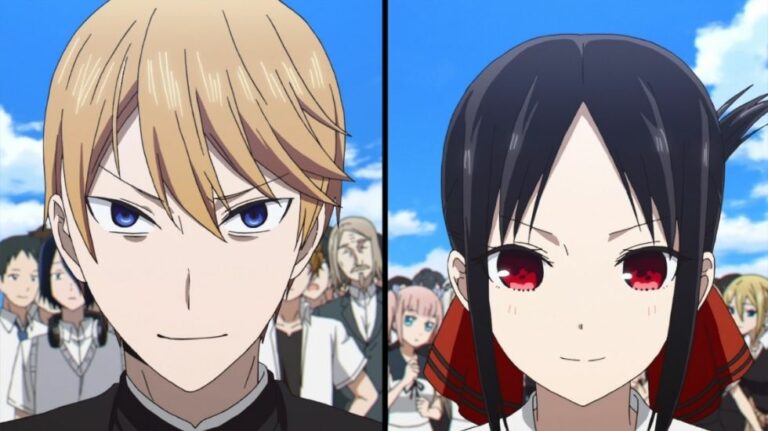 The official website of Kaguya Sama Love is War anime revealed that Kaguya Sama Season 3 will start broadcasting from April 8, 2022 in Japan. A new teaser PV too was released to commemorate the announcement.

The staff had earlier confirmed that the production of the third season of the anime had already been completed. The third season is being animated by A-1 studios. A teaser visual that released in October 2021 had teased a Spring 2022 release date for the anime.

Mamoru Hatakeyama is returning to helm Kaguya Sama Season 3, with Yasuhiro Nakanishi taking up the role of series composition and Yuko Yahiro being in charge of character designs. The other returning staff members include;

Magic capsule will be handling the sound production of Kaguya Sama Season 3.

Along with the staff, cast members too are returning to reprise their roles in the third season of the anime.