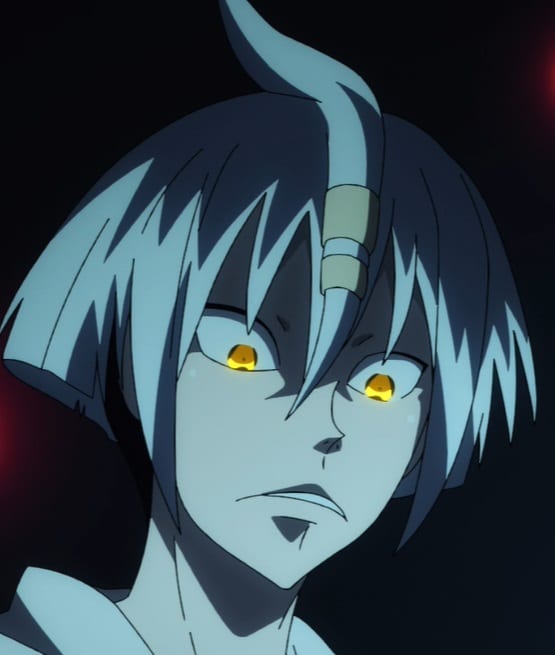 After the Chinese Peninsula Expedition, there have been doubts about the secrets hidden by the Holy Sol Temple. The Fire Force members discover that the Adolla Burst powering the Tabernacle and the Eternity style thermal power Generator Amaterasu is actually a human being who is burning away as a sacrifice inside it.

However, this fact is comfortably ignored in the scriptures of the Holy Sol Temple.

In order to uncover the truth, Joker and Benimaru storm the Holy Sol Temple. They intended to find the original scriptures with information about the Amaterasu and Adolla Burst. While in the Temple, we get to know a lot more about Joker’s past and the Holy Sol Temple’s dark side.

As they continue to delve deeper into dark depths of the church, they encounter Leonard Burns. Being a member of the Holy Sol Temple, the captain of the First Company tries to stop the unruly duo from going any further. However after Burns and Benimaru fight, the former provides them with the diary of Raffles Smith’s wife, which further fans the flames of doubt regarding the Holy Sol Temple and the creation.

It is then revealed that the Holy Sol Temple was created almost two hundred and fifty years ago by Yona, the Evangelist’s minion. Yona confirms this information to Inca Kasugatani by transforming into Raffles-I in front of her.

Contents hide
Why did Yona create the Holy Sol Temple?
Who is Yona?

Why did Yona create the Holy Sol Temple?

Yona founded the Holy Sol Temple on the orders of the Evangelist. He posed as Raffles Smith and was responsible for creating even the Amaterasu and finding the Adolla Burst that powered it. It was all done to achieve the Evangelist’s goal and to bring the people closer to Adolla. As the Holy Sol Temple was the dominant religion post the Great Cataclysm, it had a sway over people’s hearts.

Yona is an infernal and a third generation pyrokinetic who crossed over from the Adolla into the Earth. He is the Evangelist’s subordinate and a member of the Knights of The Ashen Flame. Yona’s ignition abilities allow him to use the heat from his palm to  manipulate blood in order to change a face’s shape using face swelling. In short he can impersonate the looks of other people.

This is how he was able to fool everyone into thinking that he was the real Raffles Smith and go on to create the Holy Sol Temple. It was Yona who posed as Takehisa Hinawa, Akitaru Obi and Hikage in Akasuka to trick Benimaru into thinking the Special Fire Force Company 8 was up to something notorious. He is also seen during the Underworld arc along with Arrow and Haumea.

After the first great cataclysm failed, Yona crossed over to the earth from the Tear in Space in order to find people who could serve the Evangelist. It is here that he comes across Amaterasu (Hitohashira-me) the first pillar. Seeing that she possessed the Adolla Burst, Yona captures her. He later takes over the girl in a container to the caravan of Raffles Smith and uses her to power the Eternity Style Thermal Power Generator Amaterasu.

His name is a reference to the central figure of the Book of Jonah in the Hebrew Bible who is called upon by God to travel to Nineveh and warn its residents of impending divine wrath.

Do you think Fire Force Company 8 will be able to uncover the truth and stop the Evangelist? How do you think will this go down? Let us know your opinions in the comments! 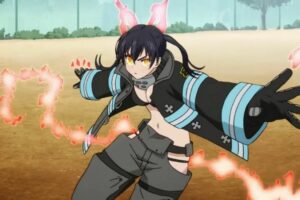 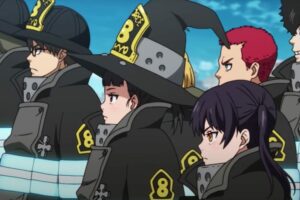 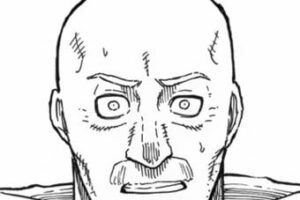 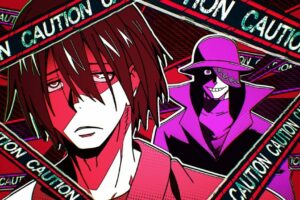