The story of the new anime series will focus on Yoh and Anna’s son, Hana. 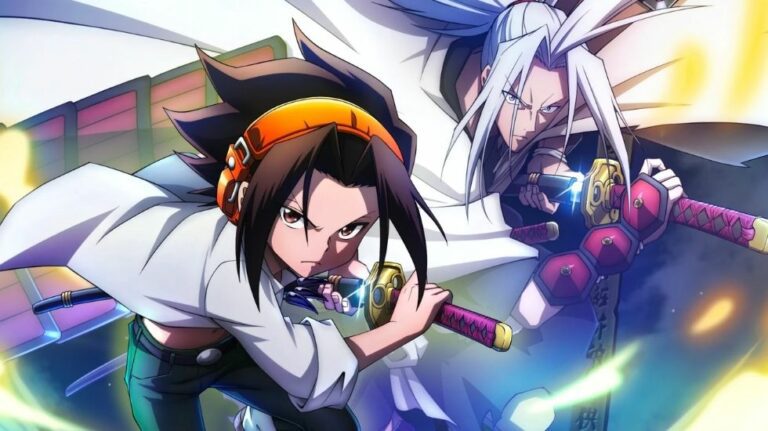 The official website of TV anime Shaman King announced on Wednesday, April 20, 2022, that a sequel anime series is under works. A teaser trailer along with two visuals have been released to commemorate the announcement.

The two “Thank-You visuals” features the now and 7 years later versions of the main characters (with Hana in the second visual).

The sequel announcement was made after the broadcast of the final episode of Shaman King the reboot on Tuesday in Japan.

The sequel anime plot is assumed to be based on “Shaman King FLOWERS,” a sequel to the original manga that tells the story of Hana Asakura, Yoh and Anna’s son, and was published in “Jump Kai” (Shueisha) from 2012 to 2014.

Shaman King is a Japanese manga series written and illustrated by Hiroyuki Takei. The Shaman King manga was originally serialized in Shueisha’s Weekly Shōnen Jump between June 1998 and August 2004. The individual chapters were collected and released in 32 tankōbon volumes. As of March 2021, it had over 38 million copies in circulation.

An anime television series produced by NAS and Xebec aired 64 episodes on TV Tokyo from July 2001 to September 2002. A reboot anime television series adaptation, produced by Bridge, premiered on TV Tokyo and other channels in 2021. The manga has also been reprinted in a kanzenban edition, and has spawned various spin-offs and sequel manga, video games, a trading card game, and many types of Shaman King-related merchandise.

It follows the adventures of Yoh Asakura as he attempts to hone his shaman skills to become the Shaman King by winning the Shaman Fight. Takei chose shamanism as the main theme of the series because he wanted a topic that had never been attempted before in manga.