Rent A Girlfriend Author Faces Backlash For His Chizuru Obsession, Gets Accused Of Living A Ridiculous Fantasy

His obsession with Chizuru is also seen by many as the reason why the plot of Rent A Girlfriend was not progressing.

Rent A Girlfriend manga author Reiji Miyajima is facing a major backlash on social media after he claimed on Twitter that Chizuru Mizuhara, the lead character from his manga, is his girlfriend. Miyajima’s tweet led to fans accusing him of living in his own ridiculous fantasy.

Miyajima has recently been posting illustrations, depicting Chizuru in real life photos taken by him, which includes showing the character on the bed, at the station, a coffee shop and in the shower. On June 21, 2022, the Kanojo, Okarishimasu author replied to his ‘Chizuru in the shower’ illustration calling her his beautiful girlfriend.

“This girl is my beautiful girlfriend and her name is Chizuru Mizuhara. She is a very kind girl and she always forgives me in the end, even if she gets really mad at me afterwards,” Miyajima wrote in his tweet.

In another tweet where he was expressing his joy at the release of life size Chizuru Mizuhara figurine, he said that he wanted to be able to take off her clothes.

“It was a dream, so I’m sorry for the many times I Tweeted about it. When I heard about the 1/1 Chizuru Mizuhara figure, I was delighted and asked for one thing. Please let her take off her clothes. I’d like to thank the production staff who told me that they were rather excited and motivated to make this figure. I feel that this is a very adult prank, just like Kanokari,” the author wrote.

The author’s addiction to his character was seen by many fans as unhealthy, considering the fact that he has a wife and a kid. His attachment to Chizuru was also seen by many as the reason why the plot of Rent A Girlfriend was not progressing.

While many accused him of living in a fantasy world, some asked him to come back to the real world. There were also others who said that Miyajima had lost it and that the manga was beyond saving.

Some fans were of the opinion that the author should get some help as soon as possible.

Recently, fans had also accused Miyajima of purposely writing controversial chapters of Rent A Girlfriend, so that the manga stays in trend. This includes multiple instances of Kazuya fantasizing about Chizuru. However, as many have complained, the plot of the manga saw no real progression despite all of this.

The most recent controversy related to the manga revolved around how he drew Chizuru’s breasts in a scene where Kazuya imagines making out with her.

Rent-A-Girlfriend (Kanojo, Okarishimasu) is a manga written and illustrated by Reiji Miyajima. It has been serialized in Kodansha’s Weekly Shōnen Magazine since July 2017. The manga’s chapters have been compiled into twenty-six volumes as of May 2022. 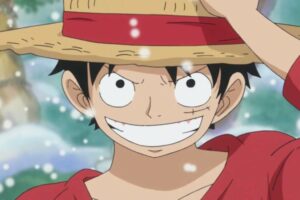 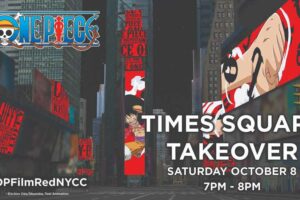