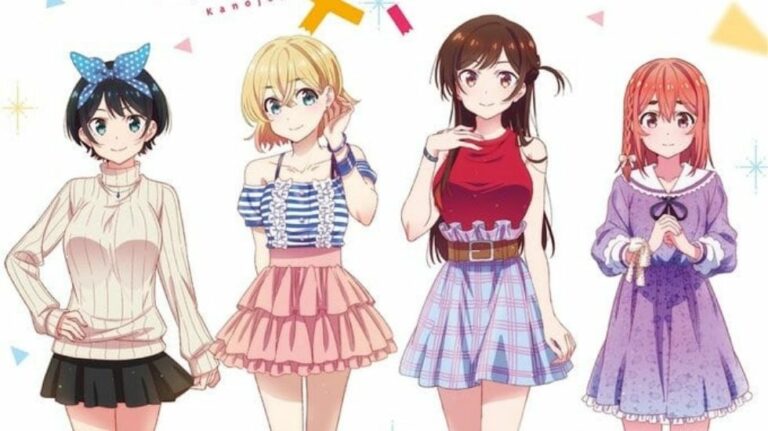 The comment section of Reiji Miyajima‘s Twitter account featured fans beyond furious at the author for tainting the heroine, Chizuru Mizuhara in his ongoing manga Kanojo, Okarishimasu (Rent A Girlfriend). The leaks of chapter 218 of the manga was released in December.

When Miyajima greeted his followers on New Year, the twitter comment section was flooded with angry readers reacting to how the chapter turned out.

The leaks were poorly received by the community and were waiting for the opportunity to convey their frustration to the author. Many fans have called out to the author of the series and said,  they “are already fed up with the way this work is being squeezed “.

Some of the comments thrown at the author are as follows:

” What the hell were you thinking when you wrote Chapter 218? “

“Already you canceled the crap chapter 218 you did? Or are you going to stick with it and destroy your story by losing a part of your readers in the process?”

” Miyajima-sensei, are you all right? You just have to take your medicine and apologize to your fans! “

“What were you thinking when you wrote 218? You are a married man with children, is it your fantasy to cheat?”

“Congratulations to start the year with possibly the worst chapter in a story of romantic comedy today! You leave the author of Domestic Girlfriend manga as a master in the genre.”

Eight pages of chapter 218 of Kanojo, Okarishimasu which was leaked revealed Mizuhara having sex with another character (Umi Nakano) as part of the imagination of the protagonist, Kazuya Kinoshita, who gets turned on by it.

The official chapter 218 for Kanojo, Okarishimasu(Rent a girlfriend) is set to release on Jan 5, 2022, in Weekly Shonen Magazine.

Rent-A-Girlfriend is a Japanese manga series written and illustrated by Reiji Miyajima. It has been serialized in Kodansha’s Weekly Shōnen Magazine since July 2017, and has been compiled into twenty-four volumes as of December 2021. The series is licensed in North America by Kodansha USA, which released the first volume in English in June 2020.

An anime television series adaptation by TMS Entertainment aired from July to September 2020 on MBS’s Super Animeism block. A second season will premiere in 2022.