The second part will consist of episodes 13-24 of the anime season. 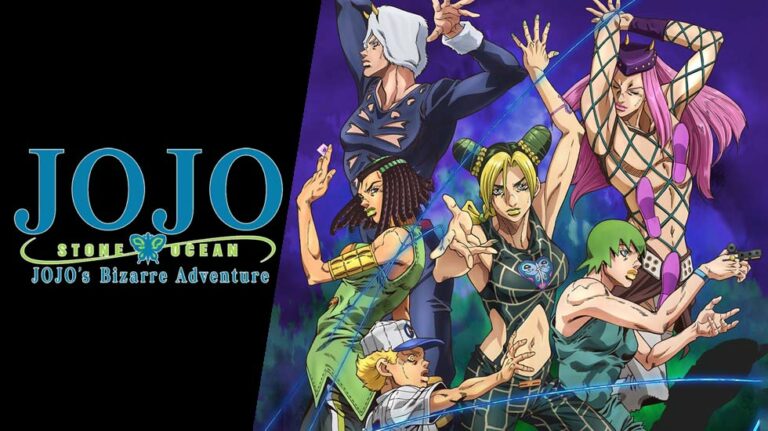 Warner Bros. Japan at their Anime expo panel revealed the new trailer for Jojo’s Bizarre Adventure: Stone Ocean‘s 2nd part. The trailer revealed that the anime will start airing from Sep 1, 2022 on Netflix, globally. It will also be aired on Tokyo MX on Oct 8 before releasing on other channels.

The first part aired on Netflix in December 2021 and on Japanese TV from January 2022 to March 2022. The second part will continue the series with episodes 13-24.

The series is produced by David Production with Kenichi Suzuki reprising his role as chief director from parts 1-3. Also, Toshiyuki Kato will be directing the series. Yasuko Kobayashi will also be reprising his role as series composer. The character designing will be overlooked by Masanori Shino while Shun’ichi Ishimoto will overlook the Stand Designing.

In addition, Yoshikazu Iwanami and Yugo Kanno are returning as sound director and composer, respectively.

Stone Ocean is the sixth installment of Hirohiko Araki’s Jojo’s Bizarre Adventure. It follows the story of Jolyne Cujoh, the daughter of Stardust Crusaders protagonist Jotaro Kujo. Sentenced to prison for 15 years for a crime she did not commit.

The Stone Ocean arc of JoJo’s Bizarre Adventure manga ran from 1999 to 2003 and has 17 volumes, consisting of volumes 64 through 80 of the overall manga.

JoJo’s Bizarre Adventure is a Japanese manga series written and illustrated by Hirohiko Araki. It was originally serialized in Shueisha’s shōnen manga magazine Weekly Shōnen Jump from 1987 to 2004, and was transferred to the monthly seinen manga magazine Ultra Jump in 2005.

The series is divided into nine story arcs, each following a new protagonist bearing the “JoJo” nickname. JoJo’s Bizarre Adventure is Shueisha’s largest ongoing manga series by volume count, with its chapters collected in 130 tankōbon volumes as of May 2021.

A 13-episode original video animation series adapting the manga’s third part, Stardust Crusaders, was produced by A.P.P.P. and released from 1993 to 2002. The studio later produced an anime film adapting the first part, Phantom Blood, which was released in theaters in Japan in 2007.

In October 2012, an anime television series produced by David Production adapting Phantom Blood and Battle Tendency began broadcast on Tokyo MX. As of December 2021, the studio has produced five seasons adapting through the manga’s sixth part, Stone Ocean. A live-action film based on the fourth part, Diamond Is Unbreakable, was released in Japan in 2017.