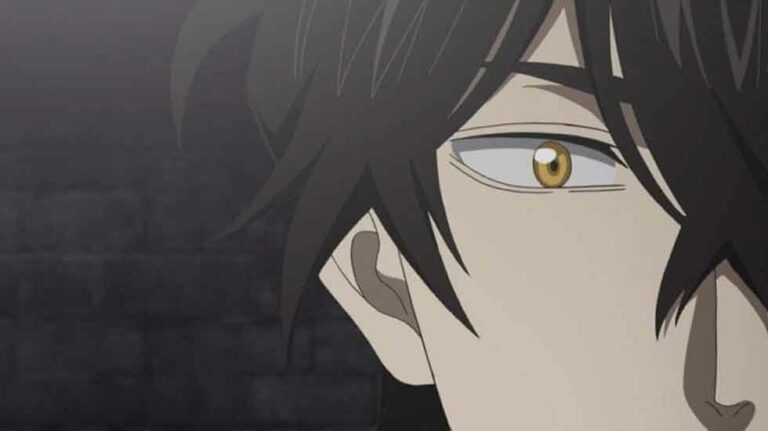 Black Clover Episode 159 was another filler episode with a major revelation at the end. The biggest takeaway (other than the cliffhanger!) was that the animation style and quality reverted back to the old. Well, it’s not bad, but you know. I was counting on the art style of Episode 158. Old is gold, I suppose. 😛 We did get a new episode introduction, though! I still have ningen-wa stuck in my brain, by the way.

Anyway, it seems like the latest Episode is a setup for future events. Let’s dive right in then!

The klutzy queen with a gigantic mana pool certainly has a very stressful job. While the curse of Megicula eats away at her life, Lolopechika still tries to be the best queen she can be for her beloved Heart Kingdom and its citizens. Her position and power must have kept her from making friends of her age with whom she can be her true self all this time.

Despite the circumstances they met in, training with Noelle, Secre, and Mimosa surely helped her find some solace from her loneliness. She expressed her gratitude to the Clover Kingdom girls for being nice to her and being friends with her.

Food wars- wait…wrong anime! UH, on the other side of the Heart Kingdom, Charmy has taken an immense liking to the fruits and food of the forests. And she will stop at nothing to eat all of them! Charmy has definitely changed since the last time we saw her, she is a plump ball now. Figures. She has also reached the top of the food chain and has all the animals on her side! Not to mention, she has mastered the Mana Words technique of the Heart Kingdom too.

When Asta tried to stop her from eating, she (nearly) crushed him when she apparated her giant magic sheep. The citizens nearby feared for their food (iconic, if you ask me) and asked Potrof to help. The Spirit Guardian’s magic did not affect Charmy or her sheep, but at least freed Asta. Even a combine attack by Asta and Potrof resulted in Asta getting stuck in the sheep’s fur!

Rill (who is now powered up and has a new haircut) showed up to help fight Charmy, and all three of them somehow managed to capture Charmy. Asta also revealed that the goddess Rill is in love with is actually Charmy, but well. I would not believe it, too, if I saw Charmy in her dwarf form! xD

In the last part of the episode, we see Ralph again. This man traveled all the way from the Spade Kingdom, his comrades sacrificing their lives and risking his own, to see Yuno. It was a mystery that had piqued our interests a while back when Ralph said Yuno’s name while jumping in a river. At least he made it!

He revealed to Yuno that he is from the Spade Kingdom but he is not an enemy. He has simply come to him asking for help as Yuno is a royal prince of the Spade Kingdom. Yuno is the son of the House Ginberryall, which was the royal family of the kingdom.

This is one hell of a revelation you got there, sir! I (and Yuno) need some explanations! One thing that this explains, though, is Yuno’s magical prowess since birth. If he has royal blood, it is natural for him to have an extraordinarily high mana level. The next episode will take us into the origin of Yuno and how exactly he ended up in the Clover Kingdom’s Hage Village as an orphan.

In a nutshell, this was an average episode with a rushed ending. But I believe the next episode will elaborate more on the cliffhanger that it left us on. As I mentioned in the review of Episode 158, the Studio Pierrot has always performed poorly on consistency. It is not as bad as some other episodes and I wish they keep this consistency for now.

They ration out way too much budget for action scenes, I suppose, making the animation average, just like the other fillers. Yuno’s bloodline revelation and his past will be a thing to watch out for in Episode 160!