Ever since the start of the story Black Clover, it has been a mystery how different Asta and Yuno are. Well, not only in height but also in their magic powers. Yuno has always had a landslide advantage over a magicless Asta with his Wind Magic. So much so that nobody was surprised when a … 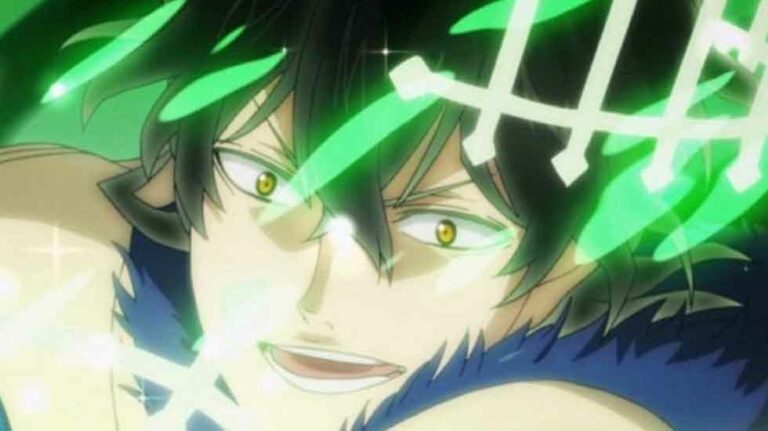 Ever since the start of the story Black Clover, it has been a mystery how different Asta and Yuno are. Well, not only in height but also in their magic powers. Yuno has always had a landslide advantage over a magicless Asta with his Wind Magic. So much so that nobody was surprised when a four-leaf grimoire belonging to the first Wizard King chose him. What even more is that he also acquired Sylph, the Wind Spirit, who overshot his powers!

Certainly, if Asta is an ordinary magicless boy, Yuno is his opposite in every sense. With his amazing mana, he could only be an elf or a royal. It was too much to be a coincidence since the beginning. And the speculation was correct! Episode 159 finally gave us the key to this mystery!

Contents hide
Is Yuno royalty?
So, who are Yuno’s parents? Are they dead?
How did Yuno end up at the church in Hage village?
Sadly, Asta & Yuno aren’t brothers!

Yuno is indeed a royal, just not of the Clover Kingdom. Yuno is the prince of the Spade Kingdom. His immense magical prowess can be credited to his royal blood & lineage, as Ralph told him. Although it comes as a bit of surprise, the bigger surprise was the latter part. Yuno is not a Clover Kingdom citizen from birth. Ralph revealed all of Yuno’s and his own memories and showed that Yuno is indeed a prince of the Spade Kingdom.

I know you’re probably wondering, “then how the heck is he here!“. Worry not; just read ahead~

So, who are Yuno’s parents? Are they dead?

Yuno’s parents belonged to the House Grinbelliors, who were the rulers of the Spade Kingdom years before the current times. Yuno’s father was Lord Ciel, the then king of the Spade Kingdom. His mother’s name was Lady Loyce. He was also given his most cherished magic stone pendant by his family. However, soon after Yuno was born, misfortune struck the royal family.

The Zogratis siblings, better known as the Dark Triad, turned usurpers. They stormed the castle where the family resided and killed every one of them with their newfound powers of the devil. Thus, Yuno’s parents & the whole of his family perished at the Dark Triad’s hands.

But the question remains: how did he make it alive?

How did Yuno end up at the church in Hage village?

Ralph was the one who left Yuno at the Hage church after his parents were killed by the Dark Triad.

The House of Grinbelliors had servants who had absolute loyalty to their masters. They had seen Yuno’s birth and always protected him. When the Dark Triad began their murderous spree, and the royals began to fall, they were left with no option than to flee from the castle. They could not hide Yuno anywhere in the Spade Kingdom as the Dark Triad knew every corner, which forced them to leave the country.

However, since the Spade Kingdom has a strong magic region next to it, only one man could make it across with an infant Yuno. The man spotted Hage’s church and left Yuno outside with a protective spell cast on him. This man was Ralph’s father, who had also passed the onus of being responsible for Yuno to his son. This means that Yuno is also the rightful ruler of the country!

Well. If you have read till here and had thought earlier that it would somehow turn out that Asta and Yuno were brothers, I can feel your disappointment. But look on the good side, their friendly rivalry is one of the best! And like Asta and Yuno have themselves said, the family at the Hage Church is the most important to them than any other bond.

Truth be spoken, I like that Tabata-sensei didn’t go for the unknown siblings trope. It makes the boys’ bond even more special that way!

How do you think Yuno will react to this information in the future? Will he rule the Spade Kingdom after the Dark Triad is (if they are, that is) defeated? Let me know in the comments!