Where Is The Fourth Road Poneglyph In One Piece? Poneglyphs are the ancient tablets with knowledge engraved upon them. However, the letters inscribed on the Poneglyphs that pronounce the knowledge are not exactly comprehensible. The only person alive who can actually understand the tongue of Poneglyphs is Nico Robin.

So, they are pretty much like Wikipedia if it was patented by Early men and Dinosaurs holding Ph.D. in ancient literature. For all we know, the World Government wants to destroy them and the pirates want to capture them even though none of them can read the script.

We know that Luffy wants to be the King of Pirates and for that he needs the 4th Road Poneglyph. The Road Poneglyphs dictate the route that leads to Laugh Tale. So, not just Luffy, anyone who seeks One Piece would want all the Road Poneglyphs. Now, the pertinent question that we have at hand is –

Where Exactly is the Fourth Road Poneglyph?

The Strawhat Pirates managed to get hold of 2 of the 4 Road Poneglyphs. The first they got from the Whale Tree in Zou and the other one was “borrowed” from Totto Islands. The third Road Poneglyph rests in the bosoms of Onigashima. Put precisely, Uncle Kaido has the third Poneglyph.

But we still don’t have much info on the fourth one. More than 2 decades ago, the last remaining Poneglyph was known to be present at the Sea Forest. We see it during Oden’s travels with Roger. It sat next to the Poenglyph which had Joy Boy’s apology message.

But today, there are barely any traces of its existence.

The Possible Holders of the Poneglyph

What we have are some speculations that could point towards the present location of the fourth Poneglyph. One of the theories suggests that the last remaining Poneglyph could be at Sphinx, the hometown of Whitebeard.

Edward Newgate was one of the 4 Emperors of the Sea. He guarded the seas during his days and it plausible to think that he also guarded a Road Poneglyph. After the demise of Whitebeard, Marco came to guard the lands of Sphinx. Is it so far fetched to believe that Edward Newgate took away the Poneglyph from the Sea Forest and brought it to Sphinx?

We have another candidate who might be the ideal keeper of the Road Poneglyph. It’s our man-crush Red Hair Shanks. He is one of the Yonkos and possibly the sanest one amongst them. Shanks was with the Roger Pirates and possibly is aware of the actual history of the world. Although he never ventured into the Laugh Tale, he must be aware of its whereabouts.

We know that Luffy and Shanks are bound to meet someday. Maybe that “someday” is going to arrive sooner than we expected.

But wait, there are other suitors for this dazzling diva that we call the 4th Poneglyph. It is believed that Elbaf, the kingdom of the giants could be the new home of the Poneglyph. It has been declared as the strongest nation in the entire world and that is enough for a reason. However, it is also speculated that the World Government could be “pampering” the 4th Poneglyph. If that’s true, then we guess what the treasure of Marejois is?

Why the fourth Poneglyph is important?

There are said to be 4 Road Poneglyphs but why they are called so? Well because they hold the location that leads to the island of Laugh Tale. Technically, this island does not exist on the map and its existence was considered to be a bedtime fable for pirates.

But before passing on, Whitebeard declared that the treasure of One Piece is real and so is Laugh Tale. So, if you want to be the King of the Pirates you need to find One Piece and for that, you need all 4 Road Poneglyphs.

Now, these 4 Poneglyphs are like the 4 pieces of a map that will lead to that One Piece. Without the 4th and the final Poneglyph, reaching Laugh Tale is virtually impossible. As we have already mentioned, Luffy has possession of 2 Poneglyphs but they won’t be enough to tell him a “Laugh Tale.” He needs all 4 to find One Piece.

But it won’t be a cakewalk as even the location of the 3rd Poneglyph remains unclear. The Strawhats invaded the palace of Orochi to find the Poneglyph. What they found was a Poneglyph that didn’t have the information they sought. It was then hinted that the Poneglyph is in Onigashima. But in the latest chapter, Law found that there was a Poneglyph but “it wasn’t the one they sought,” again.

So, our heroes found not one but two Poneglyphs and they both were not what they sought. We think at the end of this arc, Kaido will say – “It was a prank. Smile at the camera please.” 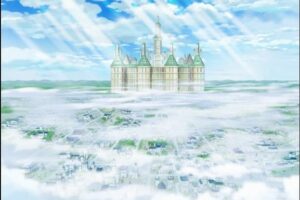 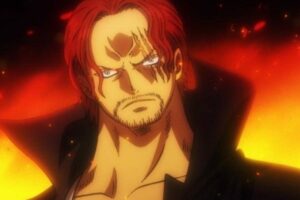 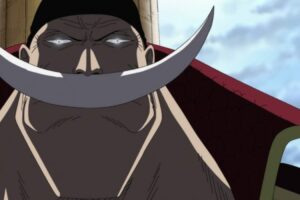 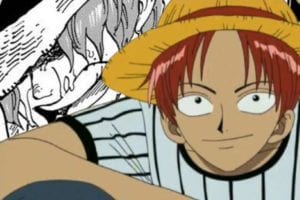 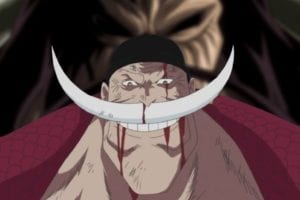 1 thought on “Where Is The Fourth Road Poneglyph In One Piece?”