Skip to content
Home » Series » One Piece » One Piece: Did Whitebeard Have The Fourth Road Poneglyph?

One Piece: Did Whitebeard Have The Fourth Road Poneglyph? 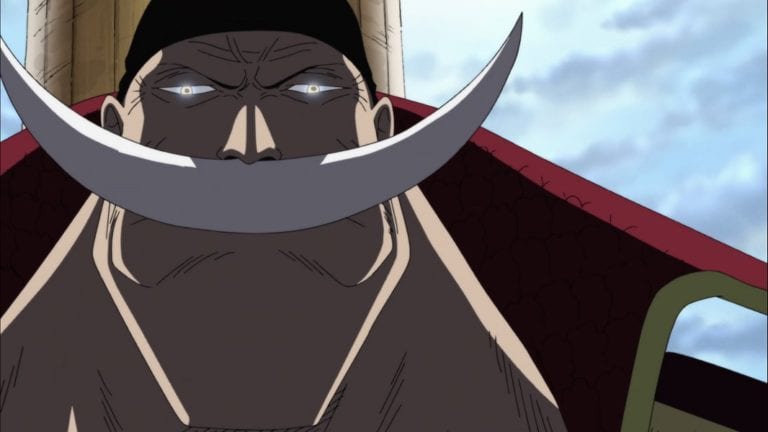 The fourth Road Poneglyph has been lost to time, it seems. What everyone has are mere speculations regarding its “could be” location. But if we look closely enough, some of these pretty speculations actually gave away the potential resting place of the final Road Poneglyph.

The most sought Poneglyph could have very well been in Papa Whitebeard’s possession all along. Apart from the manly strength of Whitebeard, there is a lot about him that resides in the air of mystery.

One of these mysteries is related to his knowledge about the treasure of One Piece. The strongest man in the world was one the most knowledgeable. He knew about the Will of D and was possibly aware to some extent about the actual history of the world.

He guarded the seas till the end of his days and we have reasons to believe that something much greater fostered under his protection.

The Interaction between Roger and Whitebeard

Whitebeard was amongst the ones who met Roger during his final days. Roger told his former adversary about the fabled treasure of One Piece. It is during this meeting with Roger that Edward Newgate came to know about the of Will of D.

This is the place that acquainted Whitebeard with the true colours of reality. One Piece is not something you gain, it’s something you earn. Roger believed that he was not ready for it.

Whitebeard never had any intention to go after the One Piece. But his interaction with Roger seems to have given him a new motive; make sure that the One Piece is only achieved by the ‘right person’. This was reason enough for him to hide away the Fourth Poneglyph from the rest of the world.

So, this could be the reason why the location of the Poneglyph remains buried beneath the depths of ambiguity. You have a 2-storeys tall man guarding it. Honestly, the only thing we would dare ask him is his favourite colour.

But how did he find the fourth poneglyph and for whom was he saving it?

Whitebeard was the Protector of the Fishman Island

The fourth Poneglyph was known to dwell in the Sea Forest of Fishman Island. Guess who was the guardian of Fishman Island? WHITEBEARD! And that settles our point right there. It is highly possible that Whitebeard might have taken the Poneglyph to a more secure location.

But why was Whitebeard guarding it?

Well, the correct question is for whom he was guarding it. We all knew Ace was wholeheartedly accepted as a member of Whitebeard’s crew. This is after Ace told Edward Newgate of his actual lineage.

“Roger is not waiting for you, Kurohige,” is what Whitebeard told Marshal D.Teach when he fought the latter at Marineford. Edward Newgate tore the Marineford apart just to save Ace. There was more than affection that motivated Whitebeard, it was his responsibility that refused to ignore.

When he knew his time has come, he revealed the existence of One Piece so that the worthy may have it.

Marco’s may reveal the location of Poneglyph to Luffy

Not much was known of Marco after the war except he declared a grudge war against Blackbeard. After losing the war, Marco disappeared. However, just around the time, Luffy ventured to Wano, we are introduced to Marco yet again.

He was apparently guarding Sphinx, the birthplace of Whitebeard all this time. Is it so far fetched to believe that Edward Newgate took away the Poneglyph from the Sea Forest and brought it to Sphinx? From the demeanor of Marco, he didn’t look too surprised or worried about Luffy facing Kaido. It seemed as if he knew that was going to happen.

Once the fated raid on Onigashima started, Marco came in and joined the battle. He was the one who held off the warriors of Kaido to help Zoro join Luffy against Kaido. What was so important about this raid that Marco decided to leave his position at Sphinx?

We think we already have the answer to that. There is practically nothing that Marco will gain by going to war against Kaido. We think this phoenix has a duty to fulfill and that involves acquainting Luffy with the Fourth Poneglyph.

So, what do you think? Do you think Whitebeard holds the Fourth Poneglyph? Let us know what you think in the comment section down below.