With the recent developments in the manga post-Isshiki’s death, Code emerged as a new villain. Since he’s an inner member of the Kara it is evident that he’s crazy powerful. Although we got a glimpse of some of his powers in the latest chapter, his most intriguing power is still a mystery. That is his White Karma.

This new power is supposedly different from its Black counterpart. Let’s find out how:

What is White Karma?

White Karma is a data seal backup similar to Black Karma existing only on those experimental subjects who cannot carry the soul of the Otsutsuki who gives them the karma.

These powers combined with his addiction to become an Otsutsuki and newly developed hatred for Boruto, Kawaki, Amado, Naruto, and Sasuke, he is someone who can’t be taken lightly. Even Amado states that Code is stronger than Jigen and that he has limiters all over his body to constrain his overwhelming strength.

This makes us wonder as to,

What Are Code’s Powers? Are His abilities Karma Powers?

As of now, Code’s abilities are similar to Kawaki’s. Such as body transfiguration. Where Kawaki can transform his arms into claws and other weapons.

However, Code can transform his arms only into claws. In addition to these claws, Code can also use Space-Time Ninjutsu. His claws serve the purpose of marking the terrain with his belt like lines.

Code then uses these lines to attack and defend himself. I will explain this ability in detail up ahead.

But before that, are these abilities his karma powers? According to the last two chapters viz. 56 and 57, they are not his Karma powers. As we can see, some manga panels show him using these abilities without activating the Karma.

This makes his Space Time Ninjutsu all the more dangerous. So this puts a question in my mind:

What Is Code’s Space-Time Ninjutsu? What Are Its Advantages And Disadvantages?

In his battle against Boro’s men, we see Code using his White Karma. The karma as of now seems to amplify his base powers and abilities. He underwent a physical transformation and develop claws.

But the most intriguing power which Code displays is his use of Space-Time Ninjutsu. His space-time ninjutsu consists of Choker Belt lines appearing out of thin air and marking the territory. However, for them to appear Code has to wave his fingers in the direction he needs them on.

Similarly, in the one of the chapter as well we see Code using this power. Where the belt like lines appear after Code uses his claws to break Eida out of the capsule.

His Space-time ninjutsu seems like a combination of Minato and Obito’s space-time ninjutsu. Similar to Minato, he appears to be vanishing from the line of sight but instead like Obito he goes inside his belt-lines and can appear anywhere out of the marked territory. Secondly, the beltlines don’t disappear.

Thus, allowing him to use them without straining his body. And all of this without using any of his Karma powers. This ability can prove more troublesome than Isshiki’s minifying ability.

However, Code’s this very ability is a double-edged sword. Let us see how:

However, Boruto chapter 64 also explained that these claw marks are a composite of his chakra and blood. Thus, since they are not entirely chakra, even Karma cannot absorb his teleportation belts!

Hence, making them a far more dangerous ability than we thought it would be.

As of now, we are unaware if those marks can be destroyed or not. We have to await for further Boruto chapters to ger more info on them. I’ll be updating this blog as needed.

Since his powers are still a mystery these are some of the speculations I can come with for now. Although, it is for sure that Code has many more tricks up his sleeve. And that it’ll be very difficult for our Heroes to beat him.

Especially since he is recruiting cyborgs to aid him in his fight.

Do you think, Code can defeat Naruto and Sasuke since they are just a sliver of their powerful selves now? Let us know in the comments. 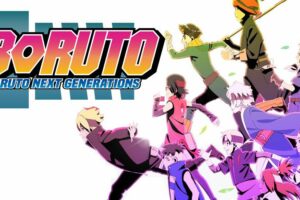 3 thoughts on “What Is White Karma In Boruto? What Are Code’s Powers? Explained”