WARNING: The following article contains spoilers for the Jujutsu Kaisen manga. Read ahead at your own discretion!

There are many unique entities in the Jujutsu Kaisen universe. While on the surface, we can categorize them into shamans, non-shamans, and curses, there is much more to them than just that.

The depth of thought put into each concept is quite incredible. While some things are easy to grasp, some are equally difficult.

With the introduction of Cursed Womb: Death Paintings, they might get tough to understand alongside Cursed Wombs or Cursed Spirits.

Just who are Kechizu, Eso, and Choso? How are these Cursed Spirits brothers? This article will explain everything about Cursed Womb: Death Paintings. So, let’s get going!

What are the Cursed Womb: Death Paintings?

The Cursed Womb: Death Paintings are nine special-grade cursed objects. They are half-humans and half-curses.

Sometime after their creation, the Tokyo Jujutsu High School acquired them for safekeeping. Since then, they have been in the cursed objects storeroom protected by Tengen’s barrier.

They appear in the form of fetuses and can’t even move, let alone act, on their own. The Death paintings are the mixed blood of a human and curse.

During the Kyoto Sister School exchange, Mahito stole the Death Paintings 1 through 3 on Geto’s instructions. They forced-fed these fingers to three humans.

The human who turned into Kechizu could not even see Mahito, so a person doesn’t need to possess shaman abilities to turn into a Death Painting. However, even after turning into curses, their bodies don’t disappear when a shaman exorcises them.

So far, we only saw the three Death Paintings Mahito stole in action: Eso, Kechizu, and Choso. In chapter 144, Choso named his other brothers as well. The six other Death Paintings are Noranso, Shouso, Tanso, Sanso, Kotsuso, and Shoso.

Choso is the eldest brother of the Death Paintings, but he is younger than the woman’s first child. Eso and Kechizu died during the Origin of Obedience arc at the hands of Yuji and Nobara.

Eso, Kechizu, and Choso had blood-related cursed techniques, so we can speculate that they will have similar techniques if the others are revived. Additionally, the secondary effect of Choso’s cursed technique can sense his brothers’ presence and deaths.

Since they are of mixed blood, they have another special feature to themselves. They can turn cursed energy into blood to use it for their cursed technique, Blood Manipulation. Unless they run out of cursed energy (which they never will because they are curses), they won’t run out of blood.

The Death Paintings have no memory of their mother or birth, as far as we know yet. They don’t hold any particular hatred for humans or jujutsu sorcerers either. They lived for 150 years only with a sensation of their brothers’ presence.

However, a discrepancy arises here. In the Shibuya arc, after Choso saw a memory of his “brother” Yuji, he realized a lot of things about his origin.

He emerged in front of Geto (or the Brain) and accused him of toying with his mother. He also remembered the details of his birth and the hate he has for the man.

It seems that Yuji triggered something in his soul or brain that not only connected Choso to Yuji but also made him remember everything,

How were the Cursed Womb: Death Paintings made? Who made them?

Noritoshi Kamo was responsible for the creation of the Death Paintings. The Brain was apparently possessing him during the creation.

Noritoshi Kamo is a blot of shame for the Kamo family, and the jujutsu world often describes him as the vilest shaman in history. He conducted a series of cruel experiments to achieve a curse and human hybrid.

The creation of the Death Paintings starts from a series of unfortunate circumstances. A woman in the Meiji Era (1868-1912) had a special genetic makeup that began her misery. She gave birth to a half-human half-curse child, and naturally, her family and friends shunned her.

This pregnancy was mysterious, but she had no choice except to run away. So, she landed up at a temple in the mountains run by jujutsu sorcerers.

Here, Noritoshi Kamo found her and turned her into the subject for his experiments. He had a terrible obsession with knowing or creating a perfect human and curse hybrid child.

Thus, in order to fulfill his intellectual inquiries and curiosity, he imprisoned the woman’s first child. Moreover, he forced pregnancies on the woman to bear more such “children” for research.

Hence, this woman had nine pregnancies and nine abortions. However, all records of this cruelty towards the woman, and perhaps even her existence, were destroyed over time.

Actually, the Death Paintings had three parents. Their mother, the cursed spirit that impregnated her, and Noritoshi Kamo, who mixed in his blood with theirs. These nine pregnancies and abortions gave birth to the nine Cursed Wombs: Death Paintings.

Eso wondered if the cursed energy that led to the creation of the cursed wombs originated from the hatred that the mother held for Kamo.

Cultural reference for the Death Paintings

Gege Akutami is very fond of including cultural references in Jujutsu Kaisen. So, it is no surprise that the Death Paintings are a direct inspiration from a series of paintings having the same name in medieval Japan.

Kusozu are a set of paintings that display the death and decomposition of the human body. They are the depiction based on the nine stages of death mentioned in the Buddhist scriptures.

The goal of these scriptures was to make a person contemplate the impurity of a decaying corpse. In the process, the person would also liberate themselves from sensual desires and affections for the physical body.

This research paper has well-arranged and detailed information about Kusozu and its significance. The Origin of Obedience arc explicitly refers to Kusozu as mentioned in the Buddhist scriptures (and not the paintings per se), so let’s have a quick dive into what they are and why it is interesting to know about them!

The nine stages of death, again credit to the Reddit user neiltheseel and the research paper by Fusae Kanda, are as follows:

Unlike the scriptures, the Kusozu paintings that evolved with time, sometimes portray a tenth image of the subject before death.

Even the earliest record of the paintings (generally called the Kusoshi Emaki), which is dated to be from the early fourteenth century had ten narrative illustrations.

The pre-death portrait is stage zero of these paintings. Some even had the ‘newly deceased’ stage instead of ‘distention’ as stage 1 of the decaying (the Nakamura version of Death Paintings). The nine stages differ from source to source, but their essence remains the same.

Thus, from the Kusozu, we can infer that the other Cursed Wombs may only be corpses not in the state to revive like Choso, Kechizu, and Eso. The appearances of the three brothers were also quite akin to the stages their names represent.

A Cursed Womb is the fetal form of an extremely strong Cursed Spirit.

Cursed Wombs appear as uterus-like forms and are capable of growing and changing shape. Such Cursed Wombs can take in cursed energy and turn into Cursed Spirits close to special-grade class. They can be called “babies” that are yet to turn into curses.

Cursed Wombs have high levels of cursed energy, especially when created out of a special-grade object like Sukuna’s fingers. For example, in the Fearsome Womb arc, the curse spat out a huge attack of only cursed energy. These entities are usually emotionless when they gain their curse forms, but they like to have “fun” by causing trouble.

However, in the Shibuya Incident arc, we witness a sort of evolution of Cursed Womb. Dagon was a Cursed Womb, but when he lost his companions, he evolved and became sentient. He even emphasized to Naobito that all curses have names and should be called so.

Do you think the other six brothers of Choso will revive? Let us know in the comments! 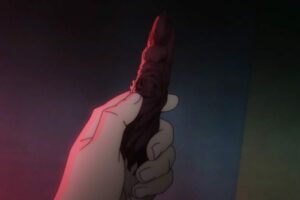 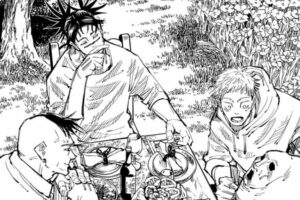 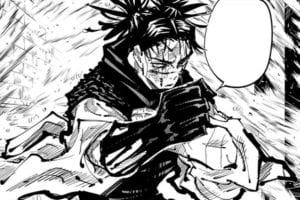