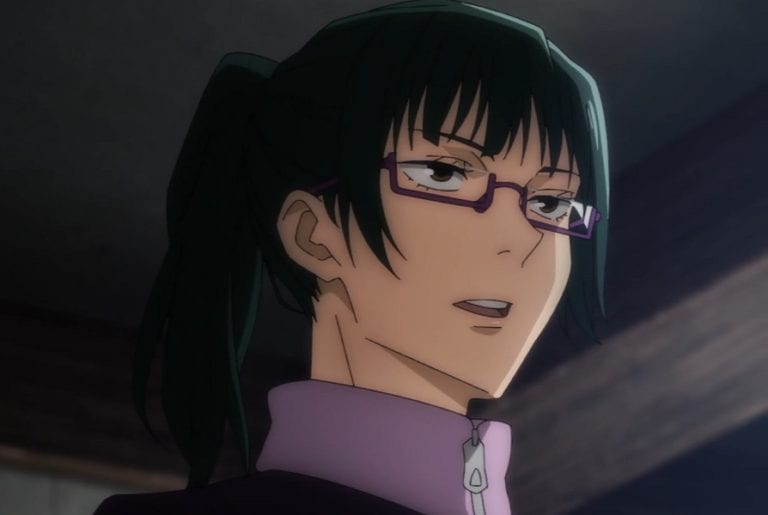 Jujutsu Kaisen Episode 8 gave us some insights into Maki Zenin’s life. The first one being she has a twin sister with whom she doesn’t get along, at least on the outside. The second one? She literally has little to no cursed energy.

So if Maki does not have any cursed energy, how is she even a Jujutsu sorcerer?

How is Maki a Jujutsu Sorcerer?

The reason why Maki Zenin is a Jujutsu sorcerer is because she has superhuman physical strength and reflexes which covers the lack of cursed energy. Infact, her physical prowess is second only to Yuji in the Jujutsu high. This has helped her in wielding a wide range of tools imbued with cursed energy. It is using these tools that Maki dispels curses.

Even the glasses that Maki wears are imbued with cursed energy too. This is what helps her see the curses and fight them. Otherwise, she is just like a normal average human who is not aware of the curses.

But the truth is that Maki is often underestimated. Her determination to proving her family wrong has driven her to train hard and become a proficient sorcerer. She might be labelled a Grade 4 Jujutsu Sorcerer, but she could easily take down a Grade two curse. Her family’s influence and them working against her is the main reason why she doesn’t get promoted. In the manga, she is also able to hold on her own against a grade one Jujutsu sorcerer. This speaks volumes about her actual abilities in battle.

It is her amazing control over a wide assortment of cursed weapons that make her a formidable opponent. She is able to outclass a curse or a sorcerer with average physical abilities quite easily. Also, Maki’s close combat techniques, high intellect and quick reflexes make her opponents go on the defensive.

In short, Maki makes up for her lack of cursed energy with her physical prowess, her cursed tools and also her high intellect. And like she says, she is highly motivated to become a strong Jujutsu sorcerer and get one over her family.