Dragon Ball Super: Who Was The First Super Saiyan God? 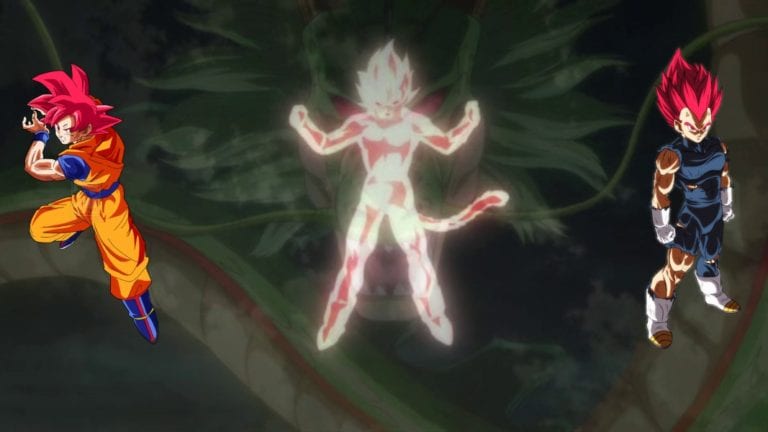 Super Saiyan God remains shrouded in mystery for fans ever since the red haired form was first introduced in the movie “Battle of Gods”. The God of Destruction of Universe 7, Beerus, had a premonition that an arch rival called the “Super Saiyan God” would appear soon. When he learnt from Whis that the most fearsome devil “Frieza” was defeated by a Saiyan, his curiosity about the Saiyans increased.

Beerus and Whis decided to meet the Saiyans of Earth to see if they had any idea of the Super Saiyan God. However, a feel of disappointment entered his mind as Beerus did not get the answer he was looking for.

Due to some bitter experiences (thanks to Majin Buu), Beerus decided to destroy the Earth. That is when Goku arrived and summons Shenron to ask him about the Super Saiyan God. With the help of five of his Saiyan friends and family infusing power into him, Goku acquired this form in order to stop Beerus from destroying the Earth. Although Goku was the first to achieve the Saiyan God form amongst the Z Warriors, he wasn’t the first Saiyan to achieve this feat.

The Identity of the first Super Saiyan God

The Saiyan named Yamoshi was the first person in Universe 7 Saiyan history to achieve both the Super Saiyan and Super Saiyan God transformations. There are a couple of evidence for this:

Q: Was the “legendary Super Saiyan” Frieza feared the Super Saiyan God that appeared in Battle of Gods?

A: In a certain sense, they are the same person. Long ago, before Planet Vegeta was the Saiyans’ planet, there was a man named Yamoshi who had a righteous heart despite being a Saiyan. He and his five comrades started a rebellion, but he was cornered by combatants and became a Super Saiyan for the first time, though his transformation and fearsome fighting style shocked the other Saiyans. Outnumbered, Yamoshi eventually wore himself out and was defeated, but this was only the beginning of his legend. Afterwards, Yamoshi’s spirit wandered in continuous search of six righteous-hearted Saiyans, seeking a new savior: Super Saiyan God.

To reconcile the above two stories for their apparent inconsistencies, the following theory is proposed:

According to Toriyama, the answer to how Beerus got the premonition of the Super Saiyan God, is that Beerus probably picked up on information about Yamoshi’s spirit in his prophetic dream. He further added that the Namekian Elder of that time recorded the legend in the Namekian Book of Legends because he sympathized with Yamoshi’s spirit.

In chapter 4 of Dragon Ball Super Manga, Goku says something rather peculiar:

Could it be that Yamoshi’s spirit still lingers on and is communicating to the future holders of the Super Saiyan God power?

It is theorized by many fans that Yamoshi might be a distant ancestor of Vegeta as both of them look very similar to each other. This possibility might be the reason how Vegeta was able to achieve the Super Saiyan God form and master it quite easily compared to Goku. What if Vegeta shares the same Bloodline and traits as Yamoshi? Of course, it is also possible that Yamoshi could be a common ancestor to both Goku and Vegeta, but it is fun to speculate on various possibilities.

What do you think about Yamoshi? Who do you think is the first Super Saiyan God, if not Yamoshi? Do you find our reasoning accurate? Let us know in the comments below! 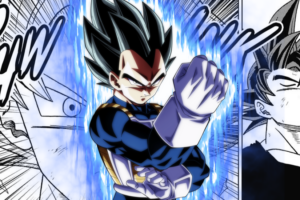 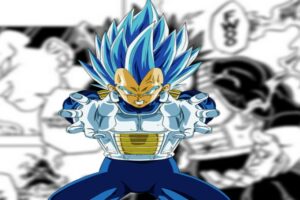