Chainsaw Man’s Overseas Popularity Surges Due To MANGA Plus

As of December 2021, it was reported that Tatsuki Fujimoto's Chainsaw Man manga had over 12 million copies in circulation, even without an anime adaptation. 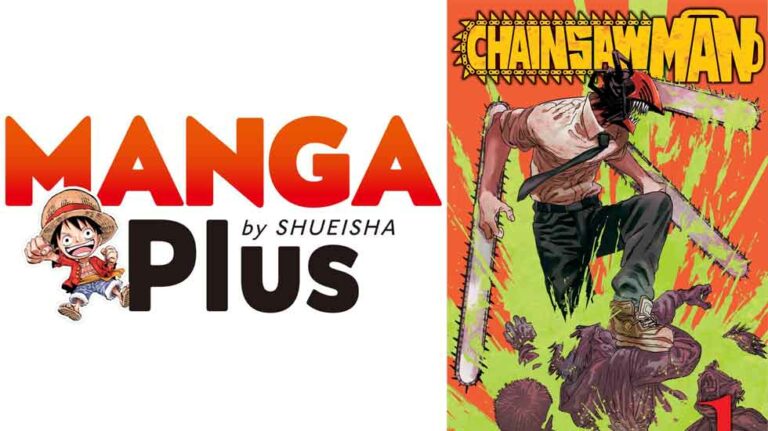 Chainsaw Man manga was in the spotlight as its volumes dominated the recent ‘NPD BookScan Top 20 Adult Graphic Novels’ rankings for December. According to Kai-You, a pop culture media portal, this surge in popularity is because of Shueisha’s MANGA Plus Service.

The manga is on par with big titles such as Jujutsu Kaisen and Demon Slayer: Kimetsu no Yaiba in the rankings even without receiving an anime adaptation. With over 12 million copies in circulation, Chainsaw Man is climbing up the ranks pretty quick.

Yūta Momiyama, Deputy Editor-in-Chief of “Shonen Jump +”, who handles the service, explained in an interview with journalist Naoshi Kazuto that the reason was to create a service similar to Korean WEBTOONS and to combat pirated manga services.

“One of the reasons I made MANGA Plus was that pirated Jump manga were being read overseas. Rather than wanting to crush it, there is a lot of demand there. It’s true that Japanese manga is popular overseas, but until MANGA Plus started, I couldn’t read the latest stories published in Jump at the same time as Japan in most countries. I started with the desire to have as many readers as possible read the Jump series,” said Momiyama.

“The number of Korean WEBTOON users is increasing significantly on the Internet. It has spread not only to Asia but also to North America and Europe. I am also aware of this,” he continued.

MANGA Plus supports multiple languages ​​and releases the titles at the same time as the release in Japan.

Manga Plus has boosted manga sales considerably across the globe to the verge that, the first volume of Naoya Matsumoto‘s Kaiju No. 8 in particular, published a whopping 250,000 copies in France alone despite the higher unit price for manga volumes compared to Japan.

Additionally, Tatsu Yukinobu‘s Dandadan, was licensed to a local publisher under exceptional conditions in the history of Shueisha.

Momiyama claimed in the interview that “if the climate for the delivery of digital manga overseas is improved, in about 10 years’ time, overseas and domestic sales may be split evenly 50-50.”

Despite the pros, the Editor admits there are some negative sides to international expansion. This includes the “lack of resources for running the service in each country” and that each region has its own “form of censorship,” which they still need to be aware of.

Other issues include the process of going from pen and paper to digital. He addressed that when “we think about what is most desirable for readers, works, and writers in the digital age, we need to make adjustments to existing business models, which makes it difficult to speed up the process of creating new services.”

The final issue Momiyama touches on is one that many international publications have – communication and language.

He says that “right now, the cost of translation is very high, making simultaneous distribution very difficult” and “the quality of machine translation is still relatively low, but it will improve over the next 10 years. Once high-quality translations are available in a wide variety of languages, many things will improve.”