What Is Amado’s True Goal In Boruto: Naruto Next Generations?

When Amado was first introduced in Boruto: Naruto Next Generations, he simply seemed like a side character in league with the Kara Organization. He gave off the vibes of a lackey, who would just do what Jigen (or Isshiki) ordered him to. However, his character arc has progressed quite a lot from that point, as he played a major role in engineering the downfall of one of the most formidable villains that Narutoverse had ever seen.

But despite all of that, Amado’s true goal has been shrouded in mystery. There was never a hint of what he really wanted, other than his obsession with Kawaki and the karma.

Even when he defected to Konohagakure, and joined hands with Naruto and Sasuke to take down Isshiki Ohtsutsuki, his ulterior motives were questioned by Boruto manga readers, who noticed something was off with the whole thing.

Doubts about Amado turning out to be major and in fact the final villain who was pulling all strings and scheming in the dark only intensified, after he planted a new karma seal on Kawaki. And Kishimoto’s subtle story telling aptly made fans relate to Sumire and the misgivings she had about Amado.

RELATED:
Boruto: Did Sumire Catch On To Amado’s Plans?

Despite being questioned, the sly schemer never really gave away what he planned to do with Kawaki or why he was so intent on defeating Isshiki.

And so came a phase where the fandom was churning out speculations on Amado’s goal and his endgame in Boruto. From defeating the Otsutsuki, to being the most powerful being in the universe, a lot of theories were floating around. However, Boruto Chapter 75 seems to have put most of those theories to rest, as Amado’s goal was finally revealed.

What is Amado’s true goal in Boruto?

Amado’s real goal in Boruto is to somehow revive his dead daughter through a clone.

It is revealed in the latest chapter that Amado’s daughter had an incurable disease. While it is not specified how she got this disease, Amado says that the doctors had given up on his daughter.

However, instead of researching a solution that would cure his daughter, Amado chooses to make a clone that resembles his daughter, as this was his field of expertise.

Whilst he was busy building the clone, his daughter passes away. More than nine months after her passing, Amado is finally able to create a clone of his daughter. But much to his surprise, the clone’s and his daughter’s personality did not match.

This is when he truly realized that she had been separated from him.

Well, Amado has lied about his intentions in the past, or to be precise, he has withheld key pieces of information while relaying his goal. So what is to say that he is not doing the same this time around.

Good ol’ Shikamaru had the same doubts as us, and he just decides to double-check the info that Amado revealed with Eida’s Senrigan. And turns out the former Kara scientist was not lying about his daughter or her death.

Well, if Amado’s goal is to revive his daughter, what role does Kawaki have to play in it? Why did he give him a new karma seal?

What does Amado want with Kawaki? Why did he give him a karma seal?

The answer this too is revealed in Boruto chapter 75. Amado is planning to use Kawaki to embed a karma seal on to a clone of his daughter. This is the reason gave Kawaki a new karma seal.

As we mentioned in one of our previous blogs, Karma Seal is nothing but the compressed biological data of an Otsutsuki member.

RELATED:
What Is Karma Seal In Boruto? Explained

Amado somehow wants to manipulate this karma seal, and instead of the biological data of an Otsutsuki member, he wants to transfer the data of his daughter to the clone, so that their personalities too match, unlike his previous attempt.

If you are thinking that replacing the data in the karma seal is impossible, then you are far off the target.

You see, Kishimoto had teased this possibility in chapter 67 of the manga, when Momoshiki rewrote the Otsutsuki data in Boruto’s karma seal to resuscitate him.

So, if such a rewrite is possible, then Amado’s plan is plausible and not an asspull.

Here’s how it might go down: First Kawaki will embed the karma seal on the clone that Amado created, and then he will rewrite his biological data which is present in the karma seal and replace it with that of Amado’s daughter.

Seeing Amado go to such extents to bring his daughter back makes us believe that he must have loved her a lot.

However, we are still not completely convinced as to whether this is his final goal. If reviving daughter was all he cared about, then where does killing Jigen or Isshiki fit into this motive?

Also, in the chapter, Momoshiki once again makes a small appearance and holds a conversation with Boruto; and he too is suspicious of Amado’s intentions, suggesting that he might still be holding something back.

Eida definitely has a grasp on what Amado is planning to do. She should have spoken out if the old man was still trying to fool Naruto and the others. But, for some reason, she doesn’t say much.

Do you think both of them are in cahoots? Is reviving his daughter really Amado’s true goal in Boruto? Let us know what you think in the comments below!! 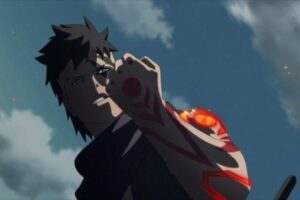 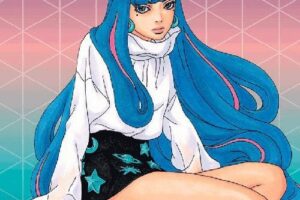 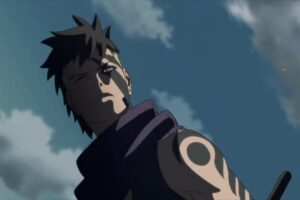 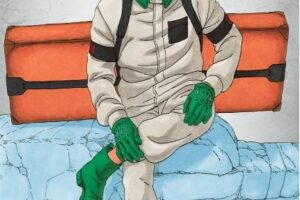 1 thought on “What Is Amado’s True Goal In Boruto: Naruto Next Generations?”