Some fans were unhappy with its use of energy auras and called it "shitty". 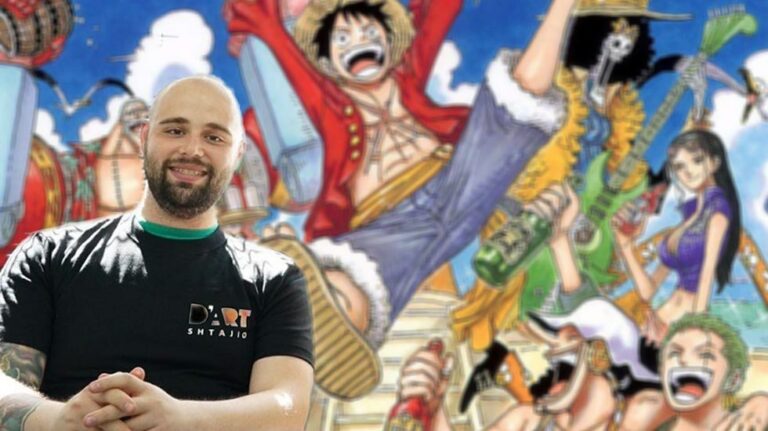 One Piece TV anime artist Henry Thurlow‘s recent tweets went viral as he addressed the criticism that fans aimed at the animation of episode 1018 on May 22.

After the release of the latest One Piece episode, Thurlow posted an experience update for drawing Roronoa Zoro for the first time in the show. Following the post, some fans were unhappy with its use of energy auras and called it “shitty”.

Thurlow sarcastically addressed the comment and said he will do it again with a bigger impact.

“Yup that was me. And Imma do it again and again and again literally for years. And just cause I know you don’t like it, I’m gonna make it an even bigger aura next time. Blue and red flames all at once, multiple layers going at the same time. Can’t wait.”

He followed up some more comments with another sarcastic reply saying, “Well now after this thread what I’m gonna do is try to make the biggest aura *ever* in anime. Like Gon’s hair from HXH kinda aura. Gonna add some filler too of Enel on the moon looking down saying “wow that aura’s coming close to me!” Lol.“

More importantly, even though many fans pointed out that Zoro’s dragon-like aura is canon to the series, Thurlow was encouraged to show more of his version of the Pirate-Hunter, with no aura.

He concluded the discussion with a new post revealing his opinion that he is a “less aura’s the better” kind of a One Piece animation fan, however, as far as work responsibilities go he will definitely fulfill the demand when asked to do.

One Piece is a Japanese anime television series produced by Toei Animation that premiered on Fuji TV in October 1999. It is based on Eiichiro Oda‘s manga series of the same name.

The story follows the adventures of Monkey D. Luffy, a boy whose body gained the properties of rubber after unintentionally eating a Devil Fruit. With his crew of pirates, named the Straw Hat Pirates, Luffy explores the Grand Line in search of the world’s ultimate treasure known as “One Piece” in order to become the next Pirate King.

Since its premiere in Japan, over 1000 episodes have aired, and has been exported to various countries around the world.