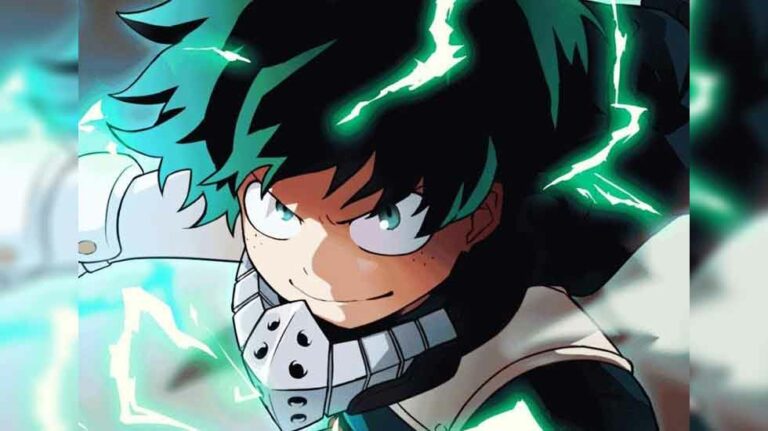 Be warned that the following article contains spoilers for Chapter 283 of My Hero Academia Manga. Read ahead at your own discretion.

It looked as if Shigaraki and his villains were going to crush the hero society in the battle that is ongoing in the My Hero Academia manga.

However, the situation might slowly turn in the favour of heroes, now that Deku unlocked a new quirk that came along with his One For All.

If you are a manga reader, you would know that the quirks of the previous user of One For All have passed on to Deku.

Ignoring Toshinori Yagi, who was quirkless, Deku now has six quirks along with One For All stacked up inside him. He had already unlocked the Black Whip which belonged to the 5th wielder of One For All (OFA), Daigo Banjo.

And with the fight against Shigaraki entering crucial stages, Deku has now unlocked the “Float” quirk which belonged to the 7th user of OFA, Nana Shimura.

In the previous chapter of My Hero Academia, we saw how Shigaraki tried to use a deleter round to stop Aizawa from meddling in the battle.

However, Aizawa made a very harsh sacrifice and somehow managed to retain his quirk.

But, the one moment that Aizawa flinched, was more than enough for Shigaraki to temporarily take him out of the frontline and regain control of the battle.

In the latest chapter, we see the destruction that Gigantomachia left in his wake. There were no casualties among the students from UA-High thanks to Majestic swooping in and rescuing them at the right moment.

However, the status of Mt. Lady, Midnight and Kamui Woods remained ambiguous. Even Fat Gum and Suneater seem to have taken a heavy hit as a transformed Gigantomachia went on a rampage to reach Shigaraki faster.

Now in possession of All For One and once again being able to use his Decay quirk, it looked like Shigaraki was enroute to a resounding win.

And with Gigantomachia on his way to rejoin his master along with the League of Villains on his back, things were really looking bleak for the heroes.

Even Doctor Garaki had the same thought. But then, the drawbacks of Shigaraki being woken up before the completion of transferring All For One into him starts showing up.

Out of nowhere, his body tears up. For a second it seemed like the apex villain would lose his composure. However, he immediately heals himself using hyper-regeneration and looks to land a killer blow by decaying everything around him.

If the heroes had been caught in that decay wave, it would have been game over for sure. But, Deku unlocks the “Float” quirk and manages to use it expertly with the Black Whip, to lift the hereos in the vicinity to safety.

Deku’s power-up could not have come at a better time. With Aizawa out injured, there was nothing stopping Shigaraki from destroying everything.

It would have extremely dangerous to stay on ground and face him. But, with the emergence of the Float quirk ,things have taken a turn.

The new quirk allows Deku to counter Shigaraki with relative ease. Shigaraki’s decay won’t work on him as long as manages to stay in the air and uses Black Whip to keep others floating too.

As we mentioned before, this would certainly change the tide of the battle in favour of the heroes (or so we think). It would be a cruel tryst of fate for Shigaraki, if he is taken down with the help of his grandmothers quirk.

Deku conveniently unlocking the quirk at such a crucial moment and mastering it soo easily didn’t sit well with us. Deku had to go through hell lot of training in order to be able to master OFA that was handed down to him.

Even controlling Black Whip was not an easy task. Then how could Deku, who had no prior experience of using a quirk with flying properties, have suddenly managed to manifest and also use it perfectly in conjection with his other quirks.

However, come Chapter 284 of My Hero Academia manga, it is revealed that Deku might have Float quirk way before the battle.

Infact we also see Deku training to master the Float quirk alongside Kacchan and Uraraka. They are helping him get accustomed to being suspended midair.

What are your views about Deku unlocking the float quirk? Do you think this gives him a considerable advantage over Shigaraki?

Can Deku take him down before Gigantomachia and the rest of the league make inroads? 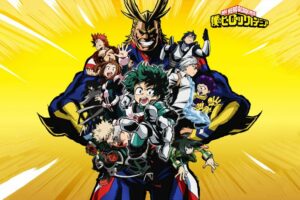