Is Kaido’s Durability & Strength His Hereditary Trait In One Piece? 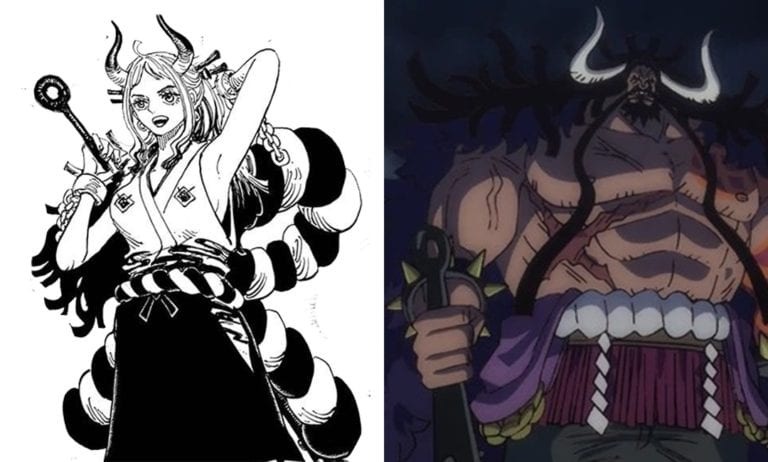 There are a lot of things surrounding Kaido in One Piece that are still in the dark. Ever since the Pirate Emperor made his appearance, his invincibility and invulnerability have been major topics of discussion for fans. He has been termed as the “strongest creature” alive and his supreme physical strength is world-renowned. Apparently, Kozuki Oden was the only one who managed to inflict a proper wound on him.

Kaido’s strength and durability have been speculated to be the effects of his yet unrevealed devil fruit. While Luffy was being held at Udon, Old Man Hyogoro suggested that it was Kaido’s dragon scales that gave him an indestructible physical body.

While it is blatantly suggested that Kaido has consumed a Mythical Zoan Dragon type devil fruit, it is also possible that Kaido was actually a dragon who ate a Human Human (hito hito no me) Oni Type model fruit. And hence the strongest CREATURE?

But in One Piece chapter 994, Kaido’s daughter Yamato displayed the same indestructible durability and invulnerability that Kaido has. In this chapter she is protecting Shinobu and Momonosuke from Sasaki and his Armored Division of the beast pirates. Seeing that Yamato won’t budge, the Armored Division, tries to bring her down with flying projectiles. She takes the hits head on but does not suffer any kind of damage.

This has led many to speculate if Kaido’s immense physical strength is an innate trait and not something related to his devil fruit powers.

If Kaido had received his ability due to the devil fruit that he ate, there’s no way it would have passed on to his daughter. We haven’t encountered any devil fruit till now that lets users willingly or unwillingly pass down their abilities. Even if it were to be an artificial devil fruit manufactured by Vegapunk, this possibility still looks kind of far-fetched.

Now comes the second scenario. If Kaido were indeed a dragon, then his indomitable durability could have been attributed to the dragon scales, which again could count as hereditary. But if he is a dragon, the question of why Yamato isn’t one begs to be answered. Yamato is currently cuffed by Sea Prism chains and she is still able to maintain a visibly human (oni) form.

Wears tinfoil. It is possible that Yamato is an offspring born out of Kaido’s relationship with a human (if that works.) Removes tinfoil.

Both of the scenarios mentioned above are kind of possible. But the most plausible scenario right now seems to be the one where Kaido’s invulnerability is an inherent trait. This would be the easiest to explain how Yamato has the very same ability.

What are your theories on Kaido’s durability and strength? Have we missed anything in our post? Let us know them in the comments section!