The Hinokami Kagura (Dance of the Fire God) is a breathing style only known and taught by the Kamado family currently in the Demon Slayer universe. It is passed on from father to son in every generation alongside the hanafuda earrings. 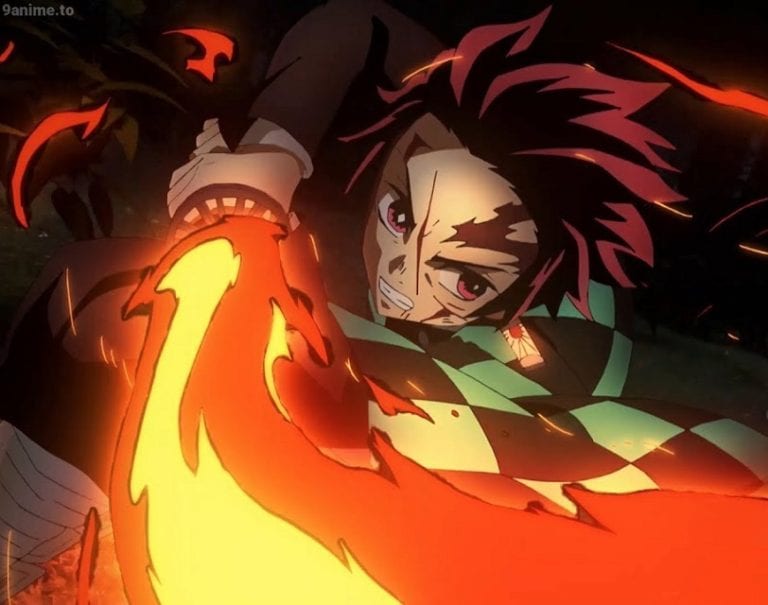 The Kamado family is the only family that knows and teaches the Hinokami Kagura (Dance of the Fire God)in the Demon Slayer universe. It is passed on from father to son in every generation alongside the hanafuda earrings. Tanjiro’s father taught the Dance of Sun/Fire God to Tanjirou. But due to being a kid, Tanjiro didn’t exactly learn all the steps. As he grew up, he forgot those memories of the dance.

So how did Tanjiro’s family come to know about the Dance of the Fire, even though his ancestors did not feature any major Demon Slayers?

The following part of the article contains spoilers from the Demon Slayer manga. So brace yourself and read on at your own discretion!

The Sun Breathing and Dance of The Fire God!

The very first Human to use Breathing Technique Yoriichi Tsugikuni. He was born with the innate talent of being able to use the “Transparent World” technique. Using this technique Tsugikuni could see the world in some kind of X-ray vision. Allowing him to view the blood flow, joint movements and muscles of every being. This “defect/talent” allowed him to see through Muzans secret when they clashed. Yoriichi was the first person to beat Muzan to the point of killing him.

The breathing technique used by Tsugikuni was the First Breathing Technique ever used by mankind. It was called the Sun Breathing, also known as the Dance of the Fire God.

So how did Tanjiro’s family learn the Sun breathing technique?

During his final days in the demon corps, Yoriichi met the gentle family of Kamado Sumiyoshi, and Suyako, ancestors of Tanjirou Kamado. His attempts to save the world impressed the Kamado couple very much. They were the only one who helped Yoriichi be hopeful for the future. Especially after his elder brother turned on him and became a demon under Muzan. His brother is also the Upper Moon 1 and can use the Moon Style breathing technique.

Before his departure, Suyako asked Yoriichi to perform the Sun Dance or Dance of the Fire God for her. However reluctant at first, he eventually gave in to her request. Yoriichi performed the Sun Dance up to the last level i.e the 13th Level for her. His dance left such a huge impact on Sumiyoshi that he instantly memorised the dance and kept on practising it himself. Before leaving, Yoriichi also gave his Hanafuda earrings to Sumiyoshi and asked him to keep it safe and also as his memento. As a thank you and to keep Yoriichi’s memory alive, Sumiyoshi passed down the art of Sun Dance and the Hanafuda earring to his son and further down the generation.

However, as time progressed, only 12 techniques were passed down from the dance and the 13th technique was lost. That is how Tanjiro’s family came to know about the Dance of the Fire God. Tanjiro was unable to master it due to his father’s untimely death. But, later on in his final fight with Muzan, Tanjirou acceses the memories of his ancestor Sumiyoshi of the exact moment Yoriichi performed the 13 techniques.

1 thought on “How Did Tanjiro’s Family Know Dance Of The Fire God or Hinokami Kagura?”