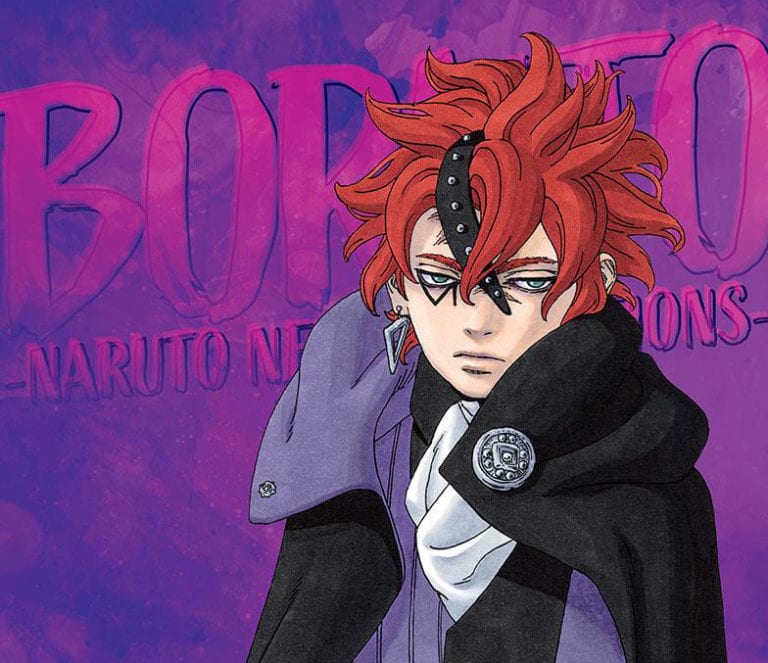 Folllowing article contains spoilers from Boruto manga chapter 55. Read ahead at your own discretion!

Chapter 55 of the Boruto: Naruto Next Generations manga delivered a lot of blows to the fanbase. One of them was the reveal of Code’s state in the series.

Just when the fans thought that our protagonist, Boruto and others have finally dealt with Isshiki and Karma, chapter 55 has caught many off guard; with Code potentially becoming a major antagonist for the upcoming arcs! C’mon man, atleast give them time to mourn Kurama!!

Contents hide
So, who is Code?
How big of a threat will Code be?

Code is an inner member of Kara, and the most loyal member among the lot to Isshiki Ohtsutsuki. Originally, Code was supposed to be Isshiki’s vessel, but Kawaki replaced him, as the latter was a perfect vessel.
Since then, Code has always hated Kawaki and been jealous of him.

Even after being a failed vessel, Code continued to treat Isshiki as his saviour and God.

The last we saw him, he was assigned to guarding the ten tails. And that’s where we find him in the latest chapter. Isshiki’s spirit appeared from Code’s white Karma Seal and informed him about the recent happenings. Isshiki then ordered him to inherit his will and become a true Otsutsuki.

How big of a threat will Code be?

Code could become a major threat due to the task he has been asked to accomplish. If he manages to eat the chakra fruit and become an Ohtsutsuki as Isshiki wants him to then there’s coming back from that. While currently, he isn’t as strong as Isshiki, it is safe to assume that Code has decent powers of his own.

Considering the condition Naruto and Sasuke are in, it is imperative that Code not be taken lightly. But, since very little is known about him, it is hard to predict how Code scales in comparison to other characters. Still, it would be safe to assume that he is as strong as Boro, as he stated it himself.

I believe that Code could very well be used as a stepping stone for the main characters to become stronger, as everything may fall on Boruto and Kawaki’s shoulders since Naruto and Sasuke have been nerfed heavily.

However, Code will still play an important role in challenging Momoshiki, the other antagonist in the series right now. It seems like Kishimoto doesn’t want to eliminate Kara out of the story right now, and wants to create a battle of sorts between Kara and Momoshiki to increase the stakes.

With that said, there’s nothing to say for sure, as not much has been revealed about Code so far. The lack of Code’s presence before is a major flaw to this twist, as it feels like a last-minute thought now. The good news is that the anime has made Code’s presence known since the start, which is great. I’m looking forward to seeing what else the anime adds to the story to make it more compelling and strong.

While we’re waiting to find out, why don’t you comment your thoughts about Code below? Will he become a major antagonist? Do you like him? We’re itching to know what you think!