In the epilogue of Dragon Ball Z, we see Goten and Trunks all grown up. Vegeta, Goku, Bulma and the rest of the gang are way older and it also marks the first appearance of Pan, Gohan and Videl’s daughter. In the final episode of Dragon Ball Z, we see Goku fighting against Uub/Oob in the 28th World Martial Arts Tournament. In the last scene of the final episode, we see Goku telling Uub to yell out in excitement as the former decided to train the latter.

Dragon Ball Super kicked off with a bored Goku, on his tractor, working in his farm, a job which was forced by Chi-chi to do. Fans were confused with this odd premier of the new series of Dragon Ball and had two major questions in their mind.

Is the Epilogue of Dragon Ball Z canon?

In short, yes. The epilogue is canon as Akira Toriyama included it in the manga and confirmed its authenticity in an interview.

The Dragon Ball Manga chapters 324 and 325 describes the epilogue we saw in the anime.

In an interview with Akira Toriyama, which was published in the Weekly Shōnen Jump issue 2013, he said:

The fact is, I thought, “Man, I really made everyone old in the last chapter of the manga”

In Dragon Ball Super Manga chapter 31, Dende mentions of a prodigal fighter who’s the reincarnation of the Evil Majin Buu.

Dende requests Goku to train and teach him when he’s a little older (when Uub becomes 10 years old) as Dende thinks he’d prove useful for the Z Warriors in the future. This scenario matches the epilogue of Dragon Ball Z which mentions that Uub was from a small poor village and later on Goku deciding to train Uub after they fought.

A possible plot hole in this situation is, in chapter 325 of Dragon Ball, Dende seems to be surprised when Oob shows his power against Goku in the World Martial Arts Tournament, giving the impression that he didn’t know who Uub was. It’s possible that Dende could have forgotten about Uub, given the time gap between these events and the time when Kid Buu was destroyed..

What year is Dragon Ball Super set in?

The events which takes place in Dragon Ball Super starts 4 years after Kid Buu was destroyed and probably would continue till the 28th World Martial Arts Tournament, when Goku fights against Uub.

In Chapter 324 of Dragon Ball, it is said that there’s a 10 year gap between Kid Buu’s destruction and the Tournament where Goku and Uub fight. So, the DBS events happen in this time gap.

To give exact figures in terms of calendar years, According to the timeline of events mentioned by Dragon Ball Saikyō Super Saiyan Secret, a project launched by Bandai, in in conjunction with V-Jump and Saikyō Jump and according to the Daizenshuu 7,

A few years after the “Majin Boo arc”, and before Pan’s birth. So, I chose this period because everyone had got to maximum strength and I really made everyone old in the last chapter of the manga.

However, in an interview with the Director and Producer of the Dragon Ball Super series, they’re not sure whether or not Dragon Ball Super will connect with the Epilogue of Dragon Ball Z, as Toriyama has not yet decided how Dragon Ball Super is going to end. So, this is concerning for us fans on the future of series and its ending. The scene where Goku flies off with Uub to train him is deeply imbibed in the memory of the fans, making it hard for the author and producers of the series to ignore it or skip through it.

Well, Toriyama has the freedom to include the epilogue and continue the series from there too (how the non-canon series Dragon Ball GT attempted to do so). How do you think Dragon Ball Super will end? Let us know in the comments below! 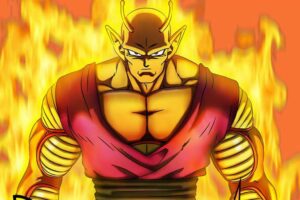 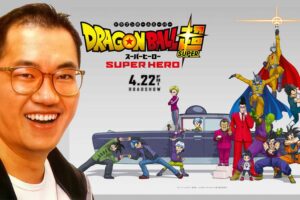 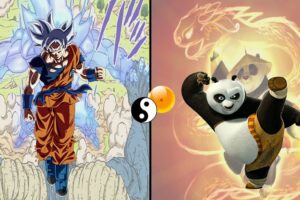