The official site of Aoni Production made the announcement 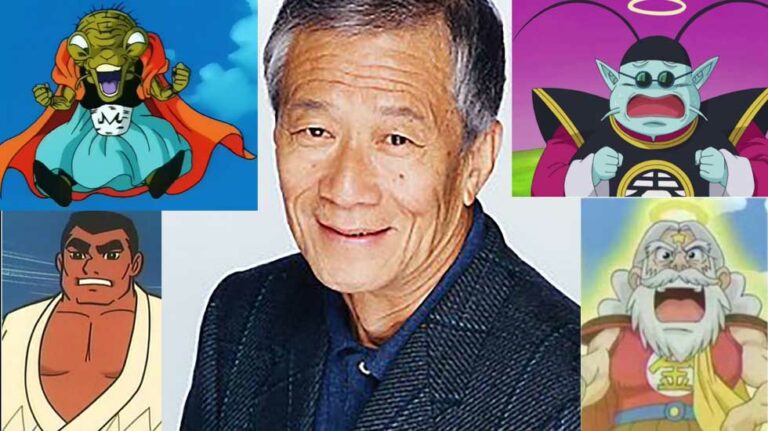 Yanami (aka Shirato Shigemitsu) is well known for his performances as Ban Chuuta (Kyojin no Hoshi), one of the San-Aku (Time Bokan Series), the Narrator and North Kaio (King Kai) (Dragon Ball), Super Zeus (Bikkuriman), and Momen Ittan (GeGeGe no Kitarou).

Aoni Production company released the following note while making the announcement of his passing to the Japanese press.

A funeral and memorial service, for close family members only, were held soon after.

While we regret to relay this news, we would also like to express our heartfelt appreciation for the kindness he gave us during his life.

Yanami’s role in the Dragon Ball series began with the narrator in the very first episode in 1986, and continued into the 2009’s through the remastered television series Dragon Ball Kai, 2013’s Dragon Ball Z: Battle of Gods, and then beginning into Dragon Ball Super.

On Sep 25, 2015, Toei Animation made an announcement of Yanami’s health issues and wished him a speedy recovery.

Due to Jōji Yanami-san’s hiatus for rest and recuperation, his parts as the North Kaiō and the Narrator will be played by Naoki Tatsuta-san (Oolong) starting with the broadcast of episode 12.

It is our intention to carefully consider Yanami-san‘s return, taking into account the status of his recovery and upon consultation with the individual himself.

The entire staff is wishing for Yanami-san‘s recovery. We humbly ask for your continued voices of support [under these difficult circumstances].

Throughout the Dragon Ball franchise, Yanami portrayed a variety of characters such as Doctor Frappe, Doctor Brief, and Babidi.

In addition to his voice acting career, he was also a member of the cast in Bandai Namco’s Tales of Destiny RPG series, and lent his voice to Capcom’s cult-classic Tatsunoko Vs. Capcom fighting game, along with Dragon Ball-related games and Spin-offs.

Fellow Voice Actors and colleagues shared their condolences to the deceased veteran actor.

Learning of the sad news about Jōji Yanami, who was my great senior both at Aoni Production and in the industry, has struck me with emotions that are hard to describe. I had the honor of working together with him on a great many titles over a long span of time. I cannot adequately express the joy I felt to have had the privilege of sharing the same time and space with him. I am truly thankful.

Jōji Yanami-san has passed away at the age of 90. Starting with Star of the Giants, he helped me greatly on a number of productions. In his later years, he was extremely happy that I took up golfing and even joined me on many occasions. He was always very gentle and friendly, and admired by everyone. Goodbye, Yanami-san, and thank you for everything. Please rest in peace.

Takao Koyama (Screenwriter for the Dragon Ball Z Anime) paid his respects through a response to a fan question:

Thank you, Yūki-san. Just the other day, I lost a senior colleague who had looked after me, and now Yanami-san… He was truly good to me. He was of course in the “Bokan” series, but he was also Inchiki the Great (Shigeru Suzuki) in “Doteraman”, and both Kaiō and the Narrator in “Dragon Ball”. He saved my butt time and time again with his brilliant ad-libs. Rest In Peace.

In a separate interview along with Akira Toriyama & Koyama of the past, Masako Nozawa (Goku) shared a fond memory with Joji Yanami:

Now that you mention it, during young Gohan’s training, it seemed like Piccolo was picking on Gohan, didn’t it? At that time, all the performers were really into their roles, so Jōji Yanami-san got angry at Piccolo’s voice actor, Toshio Furukawa-san, and shouted, “Hey, knock it off. He’s just a child!” (laughs) Furukawa-san was perplexed, and said, “I’m just voicing the character…” (laughs)

Our entire Team’s thoughts and prayers are also with everyone affected by his passing away.