Sk8 Anime Gets A Spinoff Manga 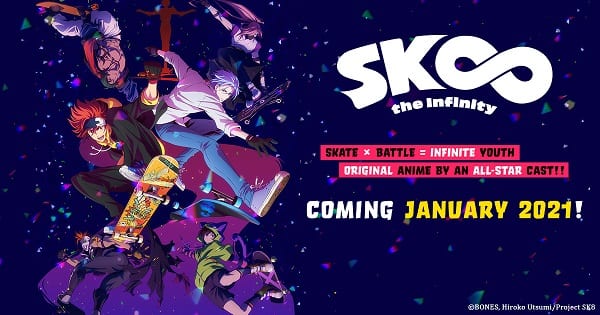 Hiroko Utsumi’s, Sk8 anime gets a spinoff manga. The spinoff manga is titled as Sk8 Chill Out! Kadokawa’s Young Ace February issue published the news on Janaury 4. The manga will premiere on Kadokawa’s Young Ace Up website. Hiroko also directed Banana Fish, Free! Iwatobi Swim Club, Free! Eternal Summer. The artist drawing the manga is Toriyasu. BONES studio animated the anime. They also animated My Hero Academia and Eureka Seven. The friendships between the unique skaters and their skateboard races will be the highlights of the manga.

The anime centers on Reki, a second-year high school student who loves skateboarding. He participates in “S,” an underground and dangerous skateboard race with no rules in an abandoned mine. Langa, who has returned to Japan from Canada and has never skateboarded before, also gets wrapped up in S. Dirty racers, AI racers, and other unique individuals compete in the “youth skateboard race battle.”

ABC TV and Asahi’s “ANiMAZiNG” premiered the anime. Funimation is currently streaming it as it airs in Japan.