One Piece Manga To Be On Break For Two Weeks 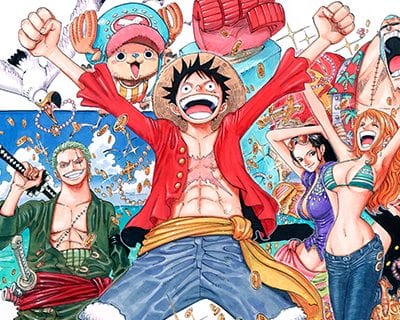 One Piece manga is confirmed to be on a two-week break for Weekly Shonen Jump Issues #44 and #45. The news about the hiatus came to the fore couple of days ago when Manga Plus app updated the schedule of the chapter release.

There were no scheduled breaks for the recent issues for One Piece and creator Eiichiro Oda had expressed his idea of publishing new chapters to reach 1000 chapters in 2020. However, it seems that Oda suddenly fell ill, forcing the series to take an emergency break.

The manga will resume with a lead color page in issue #46.

One Piece is one of the highest-grossing media franchises of all time, estimated to have generated more than $21 billion in total franchise revenue, from the manga, anime, films, games and merchandise. It has been serialized in Shueisha’s Weekly Shōnen Jump magazine since July 1997, with its individual chapters compiled into 97 tankōbon volumes as of September 2020.

The story follows the adventures of Monkey D. Luffy, a boy whose body gained the properties of rubber after unintentionally eating a Devil Fruit. With his crew of pirates, named the Straw Hat Pirates, Luffy explores the Grand Line in search of the world’s ultimate treasure known as “One Piece” in order to become the next King of the Pirates.

Oda had recently revealed that he intended to end One Piece in 4-5 years, and that the biggest war in the manga’s history will come after the Wano arc.