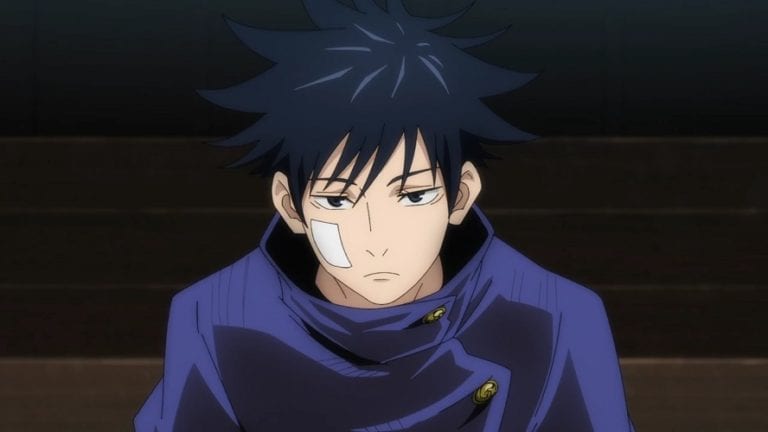 Megumi Fushiguro is a skilled first-year student of Tokyo Jujutsu High. He owns powerful shikigami, and while he looks brooding on the surface, he has a sombre past. His estranged father left him and his mother after he was born. Despite forgetting his name, he wanted to sell Megumi to the Zen’in clan for his inherited cursed technique.

In episode 18 of Jujutsu Kaisen anime, Megumi Fushiguro said that he no longer has any connection with the Zen’in clan.

However, Megumi’s words didn’t age all that well, thanks to our dear ‘sadist‘ Gege Akutami. The very next day of the episode, chapter 138 of Jujutsu Kaisen dropped some ironic news. Naobito’s last wishes just declared Megumi Fushiguro to be the next leader of the Zen’in clan.

What did Naobito Zen’in’s will say?

The 26th Zen’in clan leader, Naobito, succumbed to his death after what transpired at Shibuya. His will was read in front of Ogi, Jinichi, and Naoya Zen’in. The first part of the will met the vicious Naoya Zen’in’s expectations. The 27th head of the Zen’in clan was to be Naoya, taking over the role after Ogi and Jinichi’s approval.

However, there was an alternate clause to this will. A different action will be set into motion in the case of Gojo Satoru’s death or mental incapacitation.

According to a written agreement signed with Toji Fushiguro, Megumi will be welcomed into the Zen’in clan. Megumi will also become the head of the family, and all assets will be passed to him.

But we know the dynamics between the Zen’in family and Toji. Even Megumi despises the Zen’ins, which leads us to the biggest question.

Why did Naobito choose Megumi to be the next head?

The easiest answer to this question: Megumi’s cursed technique.

From the start, Megumi’s technique is emphasized to be a goldmine for the Zen’in clan. Just like Gojo, Megumi also hit the “genetic lottery” by inheriting the Ten Shadows Technique. It might even be powerful enough to rival Gojo’s Six Eyes technique.

Even Gojo knows that Toji kept Megumi from the Zen’in family as his trump card. The Zen’in clan were so desperate to “buy” Megumi that they agreed to any sums of money.

Rightfully so, as well. One of Megumi’s shikigami is the Mahogara. It is so powerful that no user of the Ten Shadows cursed technique has ever exorcised it. But maybe there is something else, too.

One speculation can be that Naobito was sure that his son is so extreme that if Gojo Satoru were not there to stop him, it would endanger the Zen’in clan.

Also, while alive, Gojo would never agree to Megumi’s association with the Zen’ins. WIth Gojo gone, only a person with an ability that rivals Gojo’s will be able to capitalize on that void. After all, even Sukuna recognized the latent potential within Megumi.

What impact will this decision have on the Zen’in family?

The introduction to the other members of the Zen’in family didn’t portray a pleasant picture. The family competes for power within the Jujutsu world, so, naturally, power-hungry people like Naoya exist. It looks like there is as much politics in the family as it is outside.

Naoya even goes as far as calling his relatives “useless” and wishing their death. It goes to show that there is a lot of enmity amongst the members of the family.

It goes without saying that the decision of the successor of one of the most powerful families is an important matter. Such an out of the blue thunder will definitely ensue an upheaval.

Naoya quickly arrives at the same conclusion, too. He knows that his mistreatment (which seems a habit) will prove to be his barrier to power. Jinichi and Ogi Zen’in would rather a “stranger” be the family head than Naoya.

Perhaps Naoya was, in fact, a stepping stone to the clan’s doom. Regardless, we might see a power struggle coming into light soon.

I would even go as far as saying that the struggle has started already. There must be many Jinichis and Ogis in the Zen’in clan, surely. It will not take much time for them to figure out Naoya’s next step of attempting to kill Megumi. Similarly, some might even support Naoya. Without Megumi’s knowledge, the cogs have begun moving.

It looks like Megumi’s cycle of being protected and being hunted isn’t over yet. The rest lies up to his decision. Do you think Megumi will agree with this “decision”? Let us know!