Our take on ranking the strongest villains from the Spade Kingdom: the Dark Triad or the Zogratis siblings based on their power and strength. 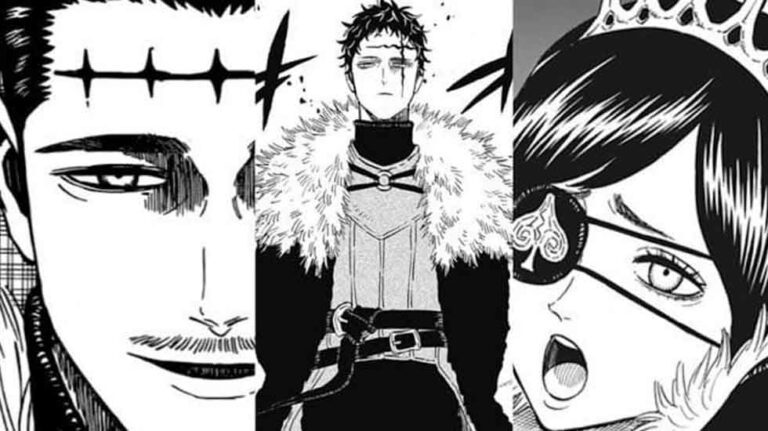 The entirety of the Black Clover universe is on edge about dealing with a fatal threat looming over their heads. The bearers of this danger are none other than a malicious trio of Zogratis siblings from the Spade Kingdom, better known as the Dark Triad.

Even the mightiest of the Clover and Heart kingdoms are reluctant in making any reckless move against them, and all for one reason. Their biggest strengths (quite literally) reside in the devils, making them few of the strongest characters in Black Clover right now.

The Zogratis siblings have made contracts with different devils and can even lend their powers to their followers, the Dark Disciples. And in the Spade Kingdom arc, they have quite lived up to the fear surrounding them.

Just how strong are they? Let’s estimate that. While we’re at that, ranking the Dark Triad in order of strength doesn’t seem a bad idea either. So, let’s go!

How strong is the Dark Triad?

Since the Dark Triad has three of the strongest devils residing in them, we can say that they ARE pretty powerful. They have also mastered their respective powers, making them formidable opponents.

Even Zagred, who wasn’t an extremely high-ranked devil, was so powerful that Asta, Yuno, Lumiere, Licht, Yami, and Secre were all required to defeat it.

Making an estimation with that in mind, this Triad might be as strong as the Wizard King Julius in his prime.

According to the Heart Kingdom’s assessment, only people with Stage 0 or Arcane Stage magic actually have a chance against the Dark Triad.

Not to forget that even post-time-skip Yami could not defeat Dante on his own, and William (and the Golden Dawn) could not defeat Zenon. Vanica & Megicula not only trampled Secre, Noelle, and Undine but also took Lolopechika captive.

In the process, the devil also managed to conquer Arcane Magic and curse a spirit. Now, for the Dark Triad themselves.

Ranking the members of the Dark Triad

Since the information available on the Dark Triad and the devils is still very basic, the following estimates are made judging their previously shown fights and abilities!

She is someone who enjoys fighting strong opponents and wants to weed out all weak humans from the world. She dives headfirst into any battle and calls people “trash” if they can’t fight her. This woman is Vanica, the host of the infamous devil, Megicula.

Despite being able to use only 70% of Megicula’s power now, her power is extremely formidable. She can use Megicula’s fatal Curse-Warding Magic whose victims are sure to die in a short period.

She uses her Blood Magic, which has immense power on its own. The ace up her sleeve is that she can give near-immortality to her followers. Her followers cannot die unless she kills them herself or she is exterminated.

Vanica has also fought against a bunch of strong people but succeeded both times. Earlier, against Lolopechika, Undine, and Gadjah, she managed to curse the queen.

Later, even with a strategy, Secre, Noelle, Undine, and Lolopechika could not defeat her. Her feat of treating Noelle’s strongest spell, Sea Dragon’s Roar, like a bug is sure to haunt her opponents.

However, placing Vanica at #3 can be debatable because Megicula has had appearances for a long time in the series before it properly introduced the Spade Kingdom.

From the recent chapters, we came to know just how dangerous Vanica is. She managed to corner Charlotte and Rill by controlling Lolopechika completely. Her Blood Magic spells were awfully powerful and complimented the Curse-Warding Magic too well.

In spite of all this, Vanica was still the weakest devil host among the siblings. Megicula was simply using her all along for a chance to materialize in the human world.

He thinks that “evil” is the only true face of humanity and enjoys it deeply when others are pushed to malice.

There are a couple of reasons why everyone believed Dante is the strongest. First, his innate magic is Body Magic, which is pretty deadly because it allows him to regenerate his body after any attack.

Add to that he has the highest-ranking devil, Lucifero residing in him, and he can draw 80% of the devil’s powers. AND the devil gives him Gravity Magic? Scary for one person to have all that if you ask me.

Not to forget, it is also implied that he has had the devil’s powers for the longest in the Dark Triad.

However, fortunately, or unfortunately, Zenon perhaps got too prideful of his powers. Without fighting someone at par with his magic level, he had not realized how much magic he was burning.

He easily lost to Magna by running out of magic, which also snapped his contact with Lucifero. So, in a surprising turn of events, Dante fell to the 2nd spot in the Dark Triad. But all this alone wasn’t the reason.

Beneath the facade of a calm and calculated face lies a bloodthirsty being in Zenon. He is malicious and entirely devoted to his homeland. To avoid obstructions in his way, he can go to any means mercilessly, even kill hundreds of people without batting an eye.

In an even more surprising turn of events, the final boss from the Dark Triad is Zenon. For the longest time, we did not know which devil Zenon was housing, but we had a shocking (but also sad) reveal.

He is the host of Beelzebub, another high-ranking devil. Now you might argue why Zenon takes the first position and not Dante. Surely Lucifero is stronger than Beelzebub, right?

Yes, if we had to rank Lucifero and Beelzebub, that is. But Zenon turned the tables with a single move in the recent chapter: he made a fatal deal with his devil.

In exchange for a devil’s heart, Zenon agreed to give everything, including his soul, to Beelzebub. (Hmm, is this the new Kuroshitsuji?) Thus, in essence, Zenon is a devil in himself at this point, far surpassing the strength of his siblings.

Moreover, we already had these hints from the earlier chapters:

A: When Luck, Vanessa, and Magna went to scout the devil host’s position, they saw that Zenon alone had defeated the Eight Shining Generals of the Diamond Kingdom. Even Luck, the most eager to fight strong people, was scared to the bones and had no wish to fight him. And when Luck says that, you trust it, okay?

B: His own magic is Bone Magic, allowing him to manipulate his bones as desired. He can attack or defend with this magic, making his body insusceptible to any attack.

C: The devil’s power gives him overpowering Spatial Magic. Please keep in mind that devils are nearly as, if not more than, powerful as elves. Just the presence of a Spatial Magic-using elf in Langris nearly killed Finral without even activating its full form. His Spatial Magic overwhelmed both Yuno and Langris. Finral had to step in just to protect his brother too.

Well, with that, we ranked the strongest villains in Black Clover now. With Dante and Vanica already out, it is worth watching how Zenon will face defeat. We have not yet seen the state Yami and William are in.

We will keep this blog updated with the info Black Clover Manga gives us, so watch out for this space. Also, drop your rankings and reasons, or predictions and theories if you have any! 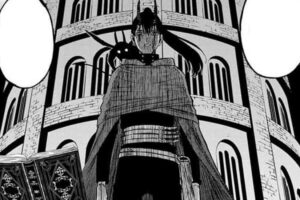