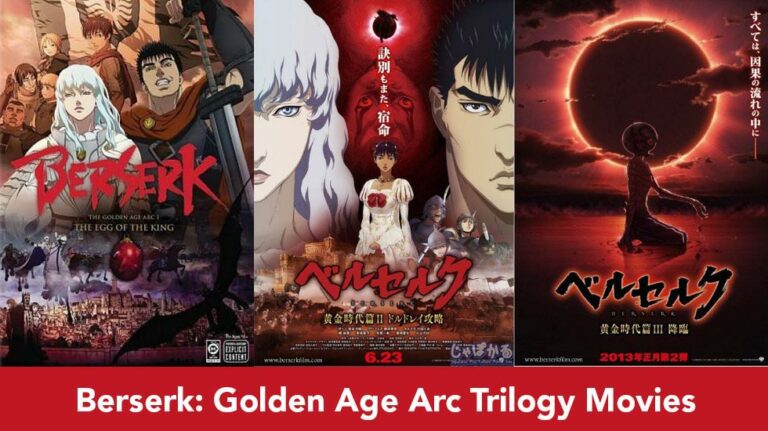 A new PV and a key visual were released in commemoration of the TV broadcast.

Yuta Sano will be directing the memorial edition at Studio 4 ℃. The opening theme ‘Aria’ is performed by Susumu Hirasawa.

An official website for Berserk Golden Age Arc Memorial Edition too was launched, which describes the story of as follows:

I have believed only in my sword.

Guts, a lonely swordsman with no friends, no family, and no hometown to return to, has been traveling around as a mercenary in a land ravaged by the Hundred Years War. Guts is able to handle a sword longer than him and easily defeat powerful enemies.

Griffith, the leader of the mercenary group “Band of the Hawk,” notices Guts. Commanding a power that’s unimaginable with his beautiful appearance and great ambitions, wins Guts in a duel and brings him into the Band of the Hawk to fulfill his own dream. As they go through numerous fierce battles together, the companions become bound by trust.

The bond between Griffith and Guts, in particular, has become something special.

The Band of the Hawk eventually rose to become the regular army of the Kingdom of Midland, but this was only the first step toward Griffith’s goal of reaching the top. Guts, on the other hand, is taken in by Griffith’s “dream” and begins to question his life of just wielding a sword. But Guts does not know yet. But what Guts does not yet know is the terrible fate that their endless dreams have bestowed upon them…

Berserk manga too will resume serialization from June 24 in issue #13 of Hakusensha’s Young Animal Magazine, with 2 chapters being published at once. It will be getting a color page to celebrate the resumption of serialization.

The manga is currently in the Elf Island arc, which will conclude in six chapters.

The manga has 50 million plus copies in circulation (digital + print).