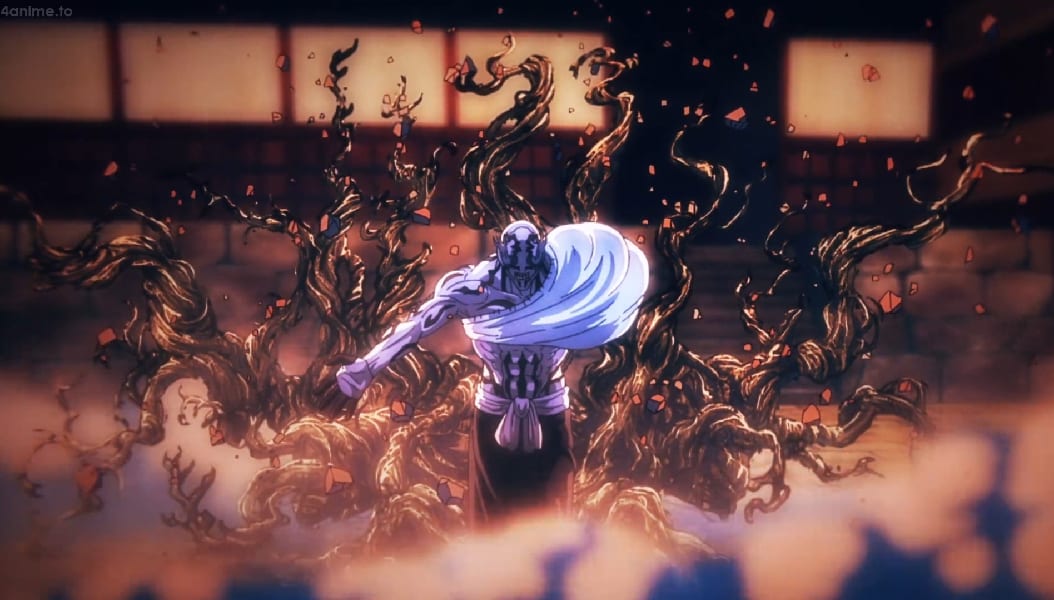 The new Jujutsu Kaisen episode is another stepping stone towards the climax of the Kyoto Goodwill Event Arc. Episode 18 carves more details into the world and characters of Jujutsu Kaisen.

If there’s something undebatable about Jujutsu Kaisen, then it’s the fight scenes and the OSTS. MAPPA did an amazing job, especially in these two aspects, making the fights so enjoyable and interesting.

The Megumi vs Kamo was a good showing of MAPPA’s abilities, as the fight was fun to watch even though the sequences weren’t anything crazy. I believe that Megumi would have defeated Kamo if Hanami had not interfered. The elephant was a good surprise as well, and using water was even better.

On top of that, We received some more showing of Toge’s skills and abilities, it’s always so cool to see him put his amazing ability to work! If he just called everyone and put them to sleep, then that would have been perfect! (Okay, maybe not.)

However, the true meat of the episode is the invasion; a classic way of turning tables in a tournament. It seems like Naruto and other classic battle shounen shows have influenced Jujutsu Kaisen quite a bit.

Like Naruto, there’s a major threat (Hanami, and Gaara in Naruto) and the protagonist has to fight them. We might even see a small conversation between the two, which would be interesting. It’s great that the author used the tournament and tournament invasion trope as an influence only. The trope was blent perfectly into the world of Jujutsu Kaisen, making it more refreshing.

While JJK manages to work around a lot of the usual stuff, it still has its issues/flaws. The backstories of the character have been doing their job of creating a connection between the user and the character well so far, but it feels very cliche and repetitive, even if the themes and the execution are a little different. This reminds me of the same flashback issue its fellow competitors like MHA suffer from.

Overall, it was a good episode and pretty much everything was done right. The flashbacks were a little annoying but they’re not a major issue so far. I was sure that the semi-first grade that was used by Gakuganji will be killed as well, as the opening showed Hanami fighting Yuji and Todou. If you want to understand the foreshadowing in the opening and ending in detail, read our article here!

It was also cool to see another person who works with Getou and alliance, and how they’re keeping Gojo out of the situation. I belie Maybe there’s even more strong curses/sorcerers working wit them? Well, only time will tell!

With that said, what are your thoughts on the episode? Did you like it? Did you dislike it? Do you think that this arc is boring? Or amazing? Let us know in the comments below!