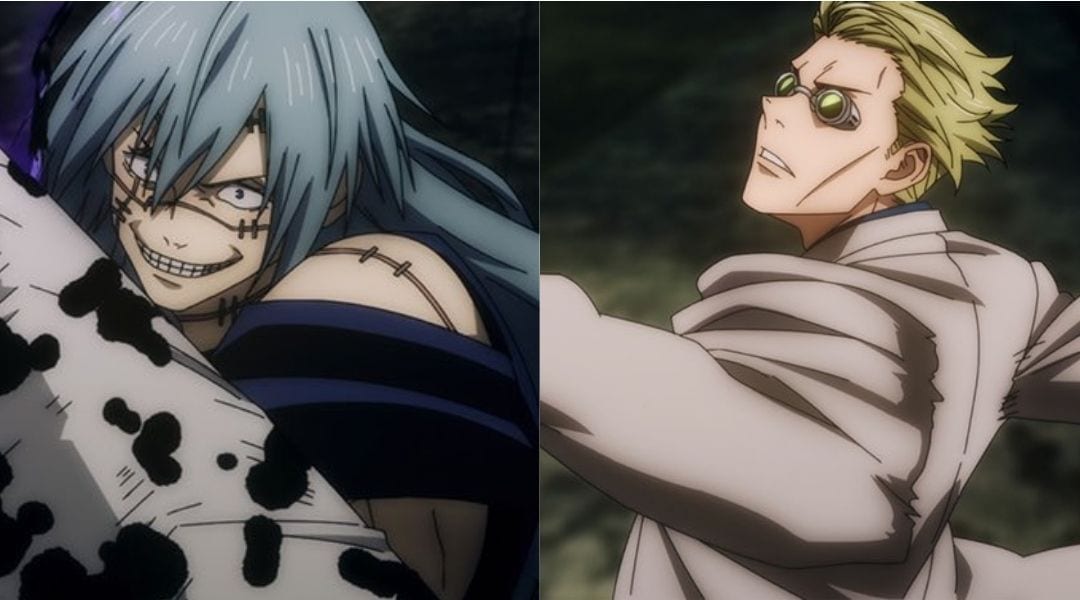 Jujutsu Kaisen episode 10 dwells deeper into the world-building of the series and something which we call “souls”. While the episode is quite dark and gritty, it does showcase everything that makes Jujutsu Kaisen so good.

Oh, better than the previous episode, of course.

The episode starts with Junpei in school, getting bullied. While it did not seem like an extreme case of bullying in the start, it turns horrifying in a matter of few scenes as he gets beaten up severely. All of the constant bullying and lack of support made him hate people and society, which is quite understandable.

His conversation with Mahito shows how deep his hate for people is, as he keeps on criticizing them again and again for their actions.

We’re just scratching the surface with this, as he seems to have lost all value for other people, as a stranger’s death does not affect him anymore and he has stopped expecting things from people.

Mahito plays a good role here, as he evaluates everything Junpei says, finds contradictions in what he says and how he feels and acts. Some of his statements like “After all, humans can’t live without making up excuses”. We can expect him to be a good villain in the series.

Junpei’s constant running from people due to his trauma and lack of help received built up a lot of negativity in him, which I believe enabled him to see curses and led him to Mahito. This brings us to souls, which apparently are different from hearts in the Jujutsu world. For Mahito, they are no different from physical organs as he can see, touch and change their shape. He further explains that a person’s physical shape is formed around their soul and emotions are formed due to the soul’s metabolism.

It is quite interesting how he can “heal” his physical injuries as he “strongly” maintains the shape of his soul during his fight with Nanami-san.

Nanami-san seems to be taking it slow in the start as he tries to analyse Mahito’s abilities and learn more about his fearsome opponent, whom he compared to Gojo Satoru.

He can change his physical shape to gain certain power-ups like increased speed and his manipulation skills are quite notable, as he can see through a Grade-1 Sorcerer and see through their words and thoughts clearly.

There’s something about the fights in JJK that make them so fun to watch and it is heavily due to the camera dynamics. The most basic fights seem so fun to watch, it switches from making you feel like the hunter to the hunted, the one who takes the kick and the one who delivers it, concentrates on the part of the body which attacks and moves the camera according to the power applied. I can’t even how good all-out fights which will surpass Gojo vs Jogo look.

I can’t help but look at the satirical elements which Nanami displays:

Won’t work hard unless it is needed, will work for a specific time only, hates overtime, prefers to mind his own business and just get done with work as soon as possible. There’s also one thing to keep a note of, Nanami-san seems to wear glasses similar to Maki-san’s which might be explained later in the series.

While this is happening, Itadori is following Junpei with Ijichi-san in a car. They plan on releasing cursed spirits on him; they’re even below 4th grade, so there’s nothing to worry about.

They have four possibilities which could happen:

This does not go well, of course. Junpei’s teacher from school has come to meet him and well, triggers his trauma like the ignorant teacher he always has been. This infuriates him as he calls teachers “overgrown children” and Itadori jumps in with the cursed spirit in his hand. He did confirm that Junpei can see the curses however, he did not notice that Junpei was going to kill his teacher.

As the teacher starts scolding Itadori for asking Junpei to come with him, the solution our protagonist finds is to pull the teacher’s pants and run with it and it worked. Wow.

This does work in his favour as he did help Junpei, which at least gets him to join Itadori. It seems like Junpei is still a nice person till the time he is treated well but he won’t hesitate to kill someone if they hate him, which works as his defence mechanism now.

The episode ends with Nanami-san finally entering “overtime” as we’ll see the fight between him and Mahito escalate.

This was a great episode overall as it touches the darker aspects of the society and dwells deeper into the world of JJK while maintaining the comedic aspects of the story and the amazing fight sequences.