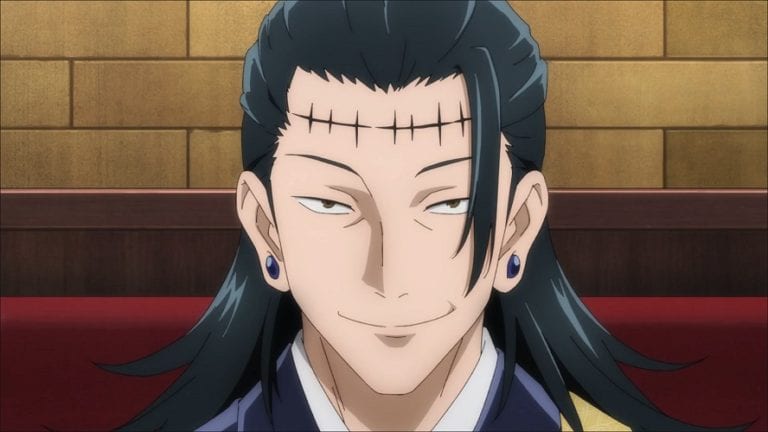 As the plot of Jujutsu Kaisen took new turns, it was evident that we will come across new characters. And Kenjaku was one of them.

But he was not a character who dropped in out of the blue.

Instead, this reveal was something that JJK fans have been waiting for a long time.

Before Chapter 90 revealed so, most of the fandom had already figured out that the “Geto” we were seeing was a fake. Then, finally, Gojo himself confirmed our suspicions, albeit in an emotional way.

However, the reveal of this Brain left quite some questions in our minds.

Just who was this vile creature inhabiting Geto’s head of all places? Fast forward to chapter 134, where our reliable onii-chan Choso identified Geto as his father.

Once again, this reveal left the other shamans and us thoroughly confused. As for the Brain itself, it kept its silence.

Choso was not wrong per se, but Tengen was the one to finally answer our incessant doubts about this bizarre Brain. They referred to the Brain as Kenjaku.

But who is he? What is his history? Keep reading to find out!

Kenjaku is the identity of the Brain currently possessing Geto’s body.

Tengen gave us this important information in chapter 145. Kenjaku is at least a thousand years old shaman who possesses the cursed technique of Brain Migration. He was involved with Sukuna and seems to know a lot about him.

In fact, Tengen is also well aware of this shaman. More about that later! We are still in the dark about Kenjaku’s origins and form before the current one.

He, however, seems to wield the powers of the bodies he possesses very well. And we mean powers as both techniques and means at hand.

Kenjaku also seems to be well-versed with cursed techniques of not only the one he possesses but also other shamans. From the story until now, we can gather that he is quite crafty and stealthy in his schemes.

He also reads human emotions well and can rightfully predict their behavior to an extent.

However, all this might be the fruits of his exploits over a span of thousand years. Here is all that we know of Kenjaku’s past yet:

As mentioned before, Kenjaku has the cursed technique of Brain Migration. This technique allows him to switch bodies as he desires and take over people’s consciousness.

We only have the record of three people possessed by Kenjaku yet from the plot.

But it is more than likely he has possessed a plethora of shamans and non-shamans alike throughout his life.

In the Meiji Era, Kenjaku possessed a shaman of the Kamo clan. As Noritoshi Kamo, Kenjaku committed several vile deeds, one of them being the creation of the Cursed Womb: Death Paintings.

He conducted cruel experiments on a woman, earning him the title of the vilest shaman in history.

Perhaps Kenjaku had been committing such crimes long before possessing Noritoshi Kamo’s body, but they only came to light due to the status of the shaman’s family.

Presumably after either Noritoshi died or Kenjaku could not use him anymore, he moved to new bodies.

We see in Yuji’s memories in chapter 143 that his mother also had the same stitches as Noritoshi Kamo. This happenstance leads us to believe that even Yuji’s mother was a victim of Kenjaku.

However, as the woman, Kenjaku’s goals and actions remain undisclosed.

However, Gojo did not have Shoko dispose of Suguru’s body, leading to a perfect opportunity for Kenjaku to take possession. Taking control of Suguru’s body was the first step in the grand scheme of things to follow.

Over multiple possessions and theatrics, Kenjaku seems to be zeroed out on a single goal.

Kenjaku’s sole objective is to force evolution of humanity.

According to Tengen and Kenjaku himself, Kenjaku wants to bring upon a forced evolution. This goal is slightly different from that of the original Geto who wanted to kill all non-shamans.

However, while Geto failed, Kenjaku has moved leaps and bounds towards his goals.

Eleven years before the present timeline, the cogs began spinning in favor of Kenjaku’s distant goal. The intervention of Toji Fushiguro truly kicked off things by causing a failure of Tengen’s merging with Star Plasma Vessel.

This simple instance had a huge impact because Kenjaku’s plan is to merge humankind with Tengen now.

Shortly thereafter, he also got his hands on Geto’s body with the Cursed Spirit Manipulation technique.

He also successfully sealed Gojo, his strongest enemy (ironically, the best friend of the body he lives in) at Shibuya.

And at Shibuya too, he sent a shock wave in the jujutsu society by tinkering with a bunch of people all across Japan. He either had Cursed Spirits like Sukuna possess people or activated their cursed techniques.

With all his pre-emptive measures done, he kicked off the Culling Game. What lies at the end of this horrible bloodshed? We don’t know, but we hope Kenjaku’s goals do not come to reality!

Well, this is all that we know of this mysterious shaman yet. As we said earlier, we still have to come across his origins and what exactly started his thirst for evolution.

However, we can trust Gege Akutami to flesh out a good back story for this character, just like he did with Geto in the first place. We hope our expectations will come true!

What do you think of Kenjaku and his goals? Let us know in the comments below! 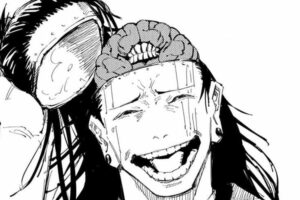 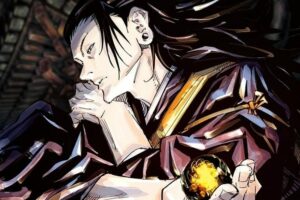 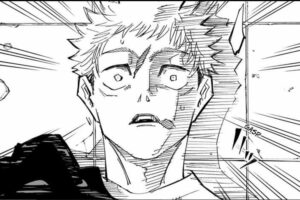 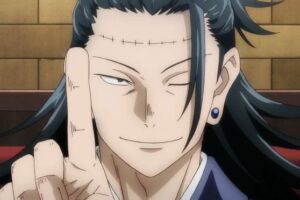 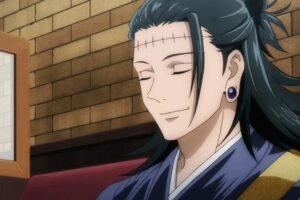