Who Are The 5 Special War Powers In Bleach? What Are Their Powers?

The 5 special war powers in Bleach changed the course of war during the Thousand Year War arc. 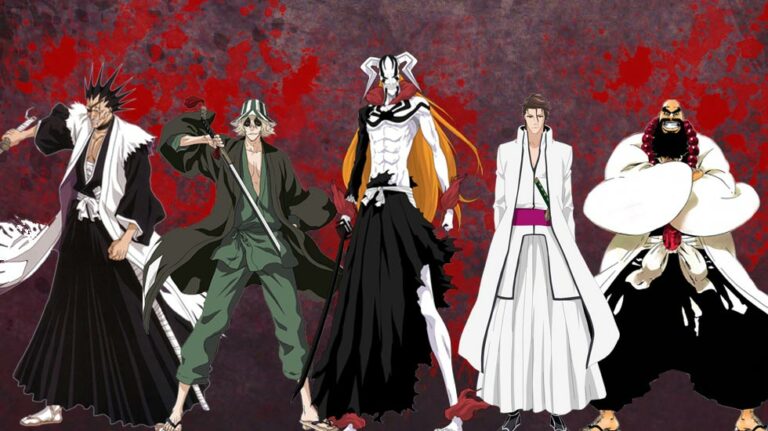 The Thousand Year Blood War arc begins with the Quincies annihilating the Shinigami armies. They have an overwhelming advantage over the shinigami armies almost killing several Captains and stealing their bankai’s. However, the quincy army was still wary of the 5 special war powers in Bleach.

These 5 special war powers in Bleach Thousand Year Blood War arc were feared to be able to change the tide of the battle against the Quincy army.

Who Were The 5 Special War Powers In Bleach?

Why Are They The 5 Special War Powers In Bleach? What Are Their Powers?

Now I know many will think that this is a plot armor and Ichigo shouldn’t be there in the list. However, many forget that it was the Soul Society who wanted Ichigo to fight alongside them. Even Yhwach was cautious how much damage Ichigo can do to the Quincy armies hence he sent an Arrancar-Quincy to steal his bankai even before the war actually began.

The individual quality that Ichigo possessed which Yhwach was afraid of was Ichigo’s “Latent Potential”. This ability gained Ichigo the spot in the 5 special war Powers in Bleach.

But what exactly is Ichigo’s “Latent Potential”?

Ichigo’s Latent Potential comes from the fact that his lineage is of mixed heritage. Ichigo’s mother being a quincy awakened the Quincy abilities of ‘Blut’ in him. His father being a shinigami by default granted him Shinigami powers. In addition, the hollow which led to Ichigo’s birth was made from experimenting of several strong Shinigami souls. Thus, granting him hollow powers in conjunction with Shinigami powers.

Being a person made of multiple species in one Ichigo powers can be developed to any limits and can be merged and utilized to develop of totally new kind of power. Also, the heights of his Reiatsu and reishi would become unknown.

In addition, the new power could alone take down all the quincies at once as well. Not to forget, Ichigo is prodigy in battles. It is proved by the tremendous growth in his powers since he became a shinigami. Also, him achieving Bankai within 3 days and reaching captain level.

Furthermore, post fullbring arc, when all the captains and Captain General helped Ichigo regain his powers by giving him a sliver of their own, it pushed Ichigo to whole new level.

One such example from the manga is when Tenjiro punches Ichigo to check whether he’s healed or not. Ichigo reflexively slapped his hand back and broke his wrist.

This may seem as a normal feat but know that Tenjiro is said to be the fastest Shinigami across all Shinigamis.

Another example displaying Ichigo’s prowess is Yhwach breaking Ichigo’s new bankai the moment he activated it. Yhwach openly acknowledged Ichigo’s power and called it terrifying enough that he did not want him to use it.

Please note, this is the Yhwach who has absorbed the God of Bleach Universe and can see and alter all possible futures.

This is enough testament for Ichigo’s “Latent Ability”.

I guess its not a shock seeing him here. Since the beginning of the show, Kenpachi is shown as a brute who loves fighting and has exceptionally strong reiatsu.

Yhwach chose Zaraki as one of the 5 special war Powers is due to his “Immense Combat Strength”.

This is an apt reason to choose Zaraki as we have seen throughout the story we have seen Kenpachi’s strength turning the war tide in the Gotei 13’s favour.

In his fight against Nnoitora, Kenpachi had to resort to sword-fighting martial arts to defeat him. Meaning, his power was very much sufficient since the beginning. He was dragging the fight to enjoy it.

Also, the Central 46 ordered Yamamoto Shigekuni to stop teaching Zaraki swordfighting after a day. They feared that Zaraki might get so strong that no one can counter him.

Furthermore, Central 46 was fiercely against when Shunsui Kyouraku ordered Zaraki to learn the “Art Of Killing“.

They had to give in when Shunsui countered them by asking “Will YOU be able to protect YOURSELVES?” and “How will YOU protect Soul Society?”. To which they had no answer. Thus, showcasing how important and massive is Zaraki’s Combat Strength.

One of the biggest hype moment about his power is when Yhwach lists Kenpachi as the 5 special war Powers in Bleach when the latter isn’t even aware of his Zanpakuto’s name nor Shikai, let alone Bankai.

He is the only captain to have maximum Sternritter kills. While many captains and vice captains struggled with single sternritters, Kenpachi without knowing his Zanpakuto abilities killed three of them before his taking on Yhwach himself.

Furthermore, after learning the true name of his sword and Shikai, Kenpachi defeats another Sternritter whose power is to bring life to anything he imagines. During the fight, Kenpachi slashes a meteorite hurled at soul society in a single move.

Another instance where Zaraki’s overwhelming power is displayed is during his fight against Schutzstaffel (Imperial Warriors and personal guards of Yhwach) Gerrard Valkyrie.

Gerrard has the ability to heal and regenerate himself and become stronger than the previous wound. Hence, during his fight with Hitsugaya and Byakuya, Gerrard has become significantly stronger than he was already.

Zaraki fights with Gerrard on almost equal grounds only to be incapacitated by his own monstrous strength after unleashing his bankai.

Such is the power of Kenpachi Zaraki. Thus, making it apt for him to be present in the list of 5 special war Powers in Bleach.

Kisuke Urahara’s characterization is mostly of that of a comic relief. However, we all know how important is Urahara and his big brain.

After Aizen absorbed Hogyoku and practically became immortal and ever evolving. Despite Ichigo’s awesome tranformation into Getsuga Tensho and showing us his sexiest transformation it was Urahara who took precautionary measures and sealed Aizen.

Not to forget, Urahara healed and saved lives of all Shinigami captains and vice captains who were affected by Aizen’s Hollowfication experiments.

Yhwach took notes of this and thus labeled him as one of the 5 special war Powers due to Urahara’s ability to “come up with a solution for every problem”. Yhwach calls them as ‘tricks’.

Another example of Urahara’s brilliance is when he calculated every possible outcome of his battle between him and Schutzstaffel Askin Nakk Le Varr. Urahara plannned the battle so well that he had kept Grimmjow Jaggerjack and Nel as standby for 2 different occassions amidst the battle.

Yhwach judged Urahara based solely on his battle IQ. However, that does not mean Urahara was a weak fighter, his Bankai is one of the most horrid bankai’s in all of Gotei 13.

His bankai just like him will manipulate everything and anything to benefit himself and his goal.

When Urahara lost his eyes in the battle his bankai plucked out eyes of Askin Nakk Le Varr and surgically transplanted them to Urahara.

If this doesn’t scare the enemy then the Bankai’s appearance will definitely scare them.

Thus, Urahara has earned his place amongst the 5 special war Powers in Bleach.

The sexiest man in all of Bleach! Aizen is the mastermind of everything that happens in Bleach until the Fake Karakura Town. This earned him the title of Mastermind Villain and is considered on par with Johann Liebert, Light Yagami and Lelouch Lamperouge.

His masterplan also lead him to become an immortal being who cannot be stopped unless you’ve Urahara’s brains.

Thus, for having extraordinary “Spiritual Pressure” Yhwach chose Aizen Sosuke as the 4th member of the 5 Special War Powers in Bleach.

Aizen’s spiritual pressure is so intense and immense that if you do not have any resistance to it, your body will simply evaporate in thin air.

There are two such instances where this actually happened, first was when Aizen merged with Hogyoku and second one when he was sealed in Chamber 46’s prison.

He was tasked to bring down the palace of God King in TYBW arc. This palace is bigger than multiple cities combined.

Aizen said he could do it while having only his mouth, ankles and left eye unsealed.

Such is the power of Aizen’s Spiritual pressure. Along with that Aizen is a master of Kido spells, he can cast spells of over level 90 without any incantations.

Not to forget, he became stronger than he was while fighting Ichigo.

The Captain of the newly introduced Zero Squad. The strongest squad of Shinigamis. It consists of 5 people in total in zero squad.

Each squad member in Zero squad has given something extremely extraordinary to the world of Shinigami’s.

While all these creations are amazing. Ichibei contributed the most important thing, he gave ‘names‘ to everything that is ever created and thus in return the ‘attributes‘ of the name.

For example, he named Yhwach as Ant and thus made him as strong as an ant as well as his lifespan was shortened to that of an ant.

However, this wasn’t the reason why Ichibei was in the 5 special war Powers.

Yhwach chose Ichibei Hyosube as one of the 5 special war Powers in Bleach due to his immense “Wisdom“.

He knows the reishi and the working of the entire Bleachverse down to its every intricate details.

He is the one who came up with the names “Zanpakuto”, “Shikai”, “Bankai” etc. Thus, giving them the attributes they have now.

With his knowledge of the working of things Ichibei pushed Yhwach to a corner without even releasing his sword. After he released his sword he almost killed Yhwach.

The only reason Yhwach survived is due to his ‘Almighty‘ ability allowing him to see the future in addition to his already immense strength and powers paralleling Yamamoto Shigekuni.

Not to forget, Yhwach had just performed an “Auswählen” i.e. Holy Selection of Quincies where he absorbs the power and reishi of hundreds of other quincies under him.

These 5 Special War Powers in Bleach although may not be stronger than the Captain General Yamamoto Shigekuni, who was killed only because of his arrogance and Yhwach cheating, each of those 5 possess an unique ability that tilted the entire war in the favour of Shinigami’s. These 5 are the major reason why the quincies lost the war and Tite Kubo the manga author of Bleach have brilliantly charted the roles of each of them.

I mean he came up with Aizen’s plan. So, that is enough to prove his mettle.

Do you feel like someone else should have been in the list? Let us know in the comments! 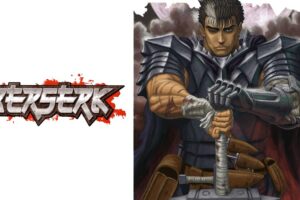 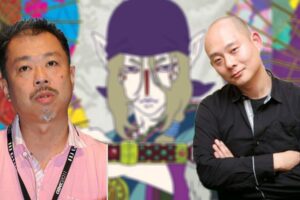 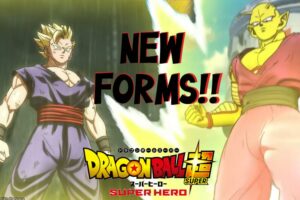