According to a Marine, the poster is a new take on the "old original". 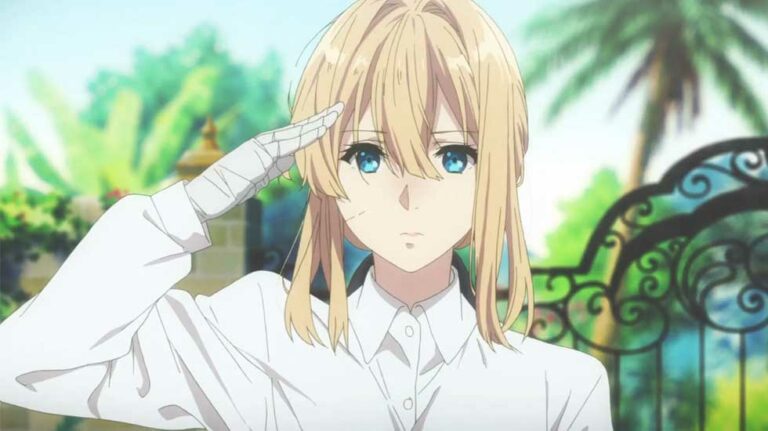 A post on Twitter on Monday, Feb 21, 2022, revealed that the United States Marine Corps used a female anime character inspired by Violet Evergarden in their advertisement to recruit new candidates.

The user @sinecuris stumbled upon the advertisement in their neighborhood at an official US Marines recruiting booth. The poster describes it as US MARINES – Active duty on land and sea – Enlist on Marines.Com

The original illustration is based on a photograph from World War I. According to the United States Library of Congress, the poster was created between 1914 and 1918 and is characterized as “US Marine recruiting poster portraying a Marine with a rifle on patrol the docks.”

Fans of the anime community were thrilled to find the media being used in a national cause. A person, who claims to be in the Marines themself tweeted, the poster is a new take on the “old original”.

Fans also dug deep to find the illustrator who turns out to be @eromoeba; an 18+ artist who published it in September 2020 as a commission request.

Violet Evergarden is a Japanese light novel series written by Kana Akatsuki and illustrated by Akiko Takase. It won the grand prize in the fifth Kyoto Animation Award’s novel category in 2014, the first-ever work to win a grand prize in any of the three categories (novel, scenario, and manga). Kyoto Animation published the first light novel on December 25, 2015, under their KA Esuma Bunko imprint.

The series was awarded Best Animation at the 2019 Crunchyroll Anime Awards. An original video animation episode was released in July 2018, and a spin-off film premiered in Japan in September 2019. A second anime film, Violet Evergarden: The Movie, was released on September 18, 2020.