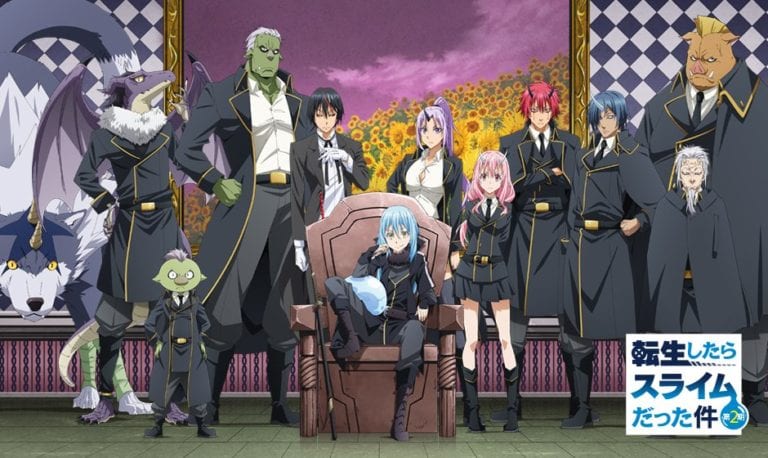 The official website of That Time I Got Reincarnated as a Slime (Tensei Shitara Suraimu Datta Ken), also known as TenSura, announced that the second season of the anime has been delayed due to the effects of the novel coronavirus pandemic in Japan. The first cour of the second season which was supposed to release in October 2020 has been postponed to January 2021 and the second cour of the season which was supposed to release in January 2021 has been postponed to July 2021.

Along with Season 2 of TenSura, The Slime Diaries, which was a spinoff anime based on the main series was postponed to April 2021. It was supposed to release in January 2021.

In their news release, the production committee said that the production of the second season of anime was proceeding with a sufficient preparation period. However, the state of emergency that was declared in Japan and the effects of coronavirus pandemic in other countries greatly affected the production schedule of That Time I Got Reincarnated as a Slime and The Slime Diaries.

Based onWriter Fuse and artist Mitz Vah’s light novel, That Time I Got Reincarnated As Slime follows lonely thirty-seven-year-old Satoru Mikami awakens to a fresh start in a fantasy realm as a slime monster after dying at the hands of a robber.

It was announced earlier that the light novel will enter its final arc in Volume 18.