If you are here after reading the spoilers or Jujutsu Kaisen chapter 147, then you already know the answer. You are probably looking for a reason to believe otherwise. Read on to know.. 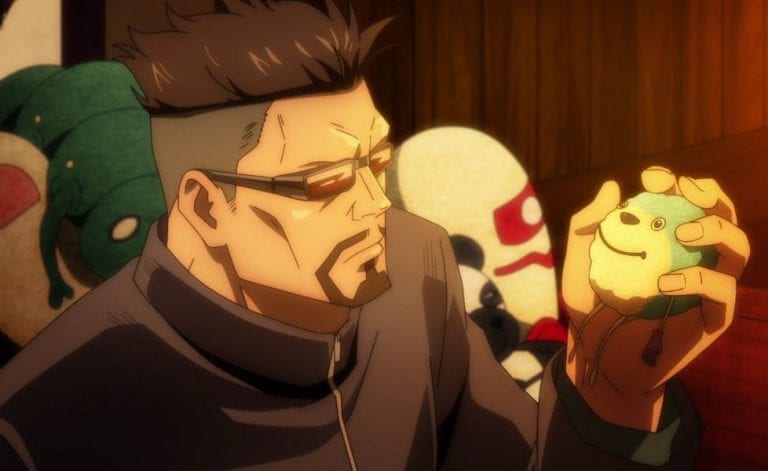 WARNING: The following article contains MAJOR spoilers from Jujutsu Kaisen chapter 147. Read ahead at your own discretion!

Masamichi Yaga is the principal of the Tokyo Jujutsu High and the creator of our beloved Panda. While not a major character, he still exercises considerable authority in the plot of Jujutsu Kaisen. According to author Gege Akutami, he is one of the very few people who understands Gojo Satoru. While it would be too much to call him a father figure, he gave out similar vibes.

It goes without saying that his death would affect Gojo and the others in a bad way. So, does Yaga really die? If you are here after reading Jujutsu Kaisen chapter 147, then you already know the answer. You are probably looking for a reason to believe otherwise. You are here for copium!

To answer in short; Masamichi Yaga really is dead in Jujutsu Kaisen. He was killed by Principal Gakuganji in chapter 147!

For manga readers finding it hard to believe, there seems to be little to no possibility of Yaga having transferred his soul into one of his cursed corpses. Well, he does duplicate information of the soul in order to create perfect cursed corpses. However, it seems extremely unlikely that he did something similar in this scenario. BUT, but, we will not completely discard this option. What’s wrong with having a little bit of hope eh?

To be honest, if Gege Akutami continues killing off character at this rate, I sure would need therapy by the time Jujutsu Kaisen manga reaches its end!

How did Masamichi Yaga die?

Yaga was on the hitlist of the Jujutsu Higher-ups after the Shibuya Incident. They had a death sentence put out for him. Rather than his involvement in the Shibuya incident, the death sentence had more to do with Yaga’s cursed technique and how he created fully independent artificial cursed corpses! He was captured once in the past by the higher-ups for this very same reason.

Ever since the execution order was released, Yaga had been hiding in a forest that was protected by Tengen’s barrier. This is also where he hid his fully independent cursed corpses. However, the higher ups decided to use Panda to bait him.

They captured panda in order to lure in Yaga. And Yaga, even though knowingly, decided to play along. He bids farewell to his cursed corpses and goes to meet-up/rescue Panda. But, what lay waiting for him was a new character aligned with the Higher-ups and Principal Gakuganji.

The fight scenes were skipped and we see the end result directly; Yaga lying gravely injured in front of Gakuganji.

Is Gakuganji stronger than Yaga:

Yeah, yeah, how could Yaga have lost to Gakuganji is what everyone is thinking. It is possible that the Kyoto Principal was really stronger than his Tokyo counterpart. However, since the fight was skipped, it is hard to come to a conclusion. It is also possible that Gakuganji and the new guy teamed up to take on Yaga.

One of the main reasons for Yaga’s defeat is that he was alone. He did not have any of his cursed corpses with him who could fight. That doesn’t mean Gakuganji had it easy though. The fight itself might not have dragged on for a long time, but Yaga managed to break the old geezer’s guitar. It’s a consolation! And then he reveals the secret of making perfectly independent cursed corpses to Gakuganji. Will Gakuganji reveal the secret that Yaga gave up his life to protect or will he defy the higher-ups and keep mum? Surely a difficult choice! A curse in a true sense.

In the end, Yaga ended up succumbing to his wounds. Panda arrived a moment too late and could do nothing to save him. If Yaga had known that Kusakabe had freed Panda, would he still have ventured out to meet him? It’s a question that will bug me for some time.

How will Yaga’s death affect the plot?

At this point to hard to say what kind of effect Yaga’s death will have on the plot. Panda sure would be heart-broken, but would this spur him on in some way? Yaga is the first real casualty that can be directly tied to the Jujutsu Higher-ups. So, in a way we could say that Gege Akutami could be setting them up as the new big bad and giving a solid reason for Panda and the others to bring them down.

Gojo Satoru’s reaction to Yaga being executed by Gakuganji under the orders of the higher-ups would be more interesting to see. Since he was one of the very few people who understood him, will Satoru finally go on and slaughter the higher-ups? Like he told Ijichi, Satoru was initially against slaughtering them as it would bring about nothing worthwhile. That’s the reason why he chose to become a teacher!

But if Yaga’s death makes him go against his initial statement, will it count as good character development?

And why do I think Gojo may turn? Because his decision to become a teacher could have been influenced partly by Yaga too. Look no further than Gojo’s dialogue with Yaga after Geto goes wayward! If Yaga indeed was responsible for instilling this idea of grooming a young generation, then how would his loss affect Gojo?

Characters being forced to go against their own principles never gets old. If Satoru indeed becomes unhinged, it would be one of the interesting things happening because of Yaga’s death. But, as of now, the strongest Jujutsu sorcerer is sealed and there is no way he would find out about Yaga’s death. And by the time he is released, I am sure that a lot of others will die, or the impact of Yaga’s death will be considerably less.

Still, it would be interesting how everyone takes Yaga’s death. It is certain that it would shift the focus to the higher-ups. How the plot builds from that point is something that we’ll have to wait and see I suppose!

What are your thoughts on Yaga’s death and its impact on the story. Let me know in the comments section below!!