How Do The Quincy Steal A Shinigami’s Bankai in Bleach TYBW?

One of the most compelling Shonen anime series of all time, Bleach, has returned with its conclusion after a decade-long hiatus. The Shingami’s sworn enemies, the Quincy, led by the all-powerful Father of the Quincies, Yhwach, have returned in the latest adaptation of the series’ final arc, dubbed the “Thousand Year Blood War Arc” and they’re out for revenge on the Soul Society.

Not only have they returned out of the blue, they have come up with deadly techniques to counter the Shinigami, by sucking out Bankai from them. It has proved to be a deadly technique as we see prominent captains lose their trump card. We have already talked about why they do it here but let us discuss about how they managed to achieve such a feat and the conditions governing the removal of Bankai.

Spoiler warning for the Bleach manga, so read at your own discretion!

How Do Quincy Steal Shinigami’s Bankai?

In their latest invasion of the Soul Society, the Quincies have come up with a new device known as the Wandenreich Medallion. ‘Wandenreich’ refers to the hidden empire of the Quincy and this medallion, bearing their holy symbol of the Quincy cross is responsible for the Bankai removal.

When presented to a single released Bankai, the medallion releases five streams of dark energy that cause the Bankai to disintegrate.

The victim effectively loses their Bankai and is rendered unable to communicate with their Zanpakuto. Each medallion can store one Bankai and the medallion’s wielder can use its power at will.

The reason quincies can do this is due to their innate ability of manipulating reishi.

Also a Quincy’s another natural ability is to gauge how strong a person’s spiritual energy signature is.

In particular, a Quincy has the potential to measure frequency and density, which would allow them to distinguish between the extreme points of power of a target. This innate ability to analyze their enemies reishi resulted into them working on a way to counter the Shinigami and thus designing the Wandenreich Medallion.

Let me explain it in detail.

Thus, implying that the bankai form of the zanpakuto is nothing but the full manifestation of the zanpakuto spirits. Now know this, everything in the Bleach verse except the human world is made up of Reishi and since it is Reishi, it can be manipulated by the Quincy.

Unlike Quincy, Shinigami cannot manipulate Resishi at will and only emit. They cannot outright create Bankai out of reishi. Once a bankai is broken it never goes back to the way it was or simply stops existing since the Bankai spirit’s reishi gets broken and it disperses into the soul society or the world. Mayuri Kurotsuchi analyzed and understood this concept and thus he can easily forge his bankai from scratch, artificially.

Also, as mentioned above, the quincies’ innate ability is to manipulate reishi. So they made a medallion that can replicate their innate ability and used it to steal the bankai and store it in the medallion. This is also the reason why they can use the stolen Bankai later on.

This was also implied when Toshiro Hitsugaya tried talking to his zanpakuto after it was stolen but couldn’t since the spirit’s reishi didn’t reside in the sword anymore. However, they can still use Shikai abilities as the Zanpakuto spirits abilities are also the powers of the Shinigami inside whom they were born.

What Are The Conditions For Quincies To Steal A Shinigami’s Bankai?

Despite the Quincy developing such groundbreaking technology, it comes with a great price. There are a number of conditions and limitations that has to be followed by a Quincy who is involved with a Bankai. The major conditions of stealing Bankai include the user of the medallion to be at least at the same power level or higher than the victim to ensure proper transfer, which logically makes sense.

This was confirmed by Yhwach, when he mentions that the only one capable of stealing the powerful Zanka no Tachi was he alone. Thus he ordered Royd Lloyd to not even try to steal it and just stall Yamamoto.

The fact that the Quincy can use a stolen Bankai is also limited, as the former cannot use the full power of the Bankai as shown when Yamamoto burns Driscoll to ashes while exclaiming that the former lieutenant’s Bankai was much stronger than the version that the Quincy presented. This also suggests a strong connection between the Bankai and the Shinigami which can only be accessed by the latter.

Another major drawback of stealing a Bankai is that it renders the respective Quincy’s ability to use Vollstandig useless, which is their trump card. The possible explanation for this can be the amount of power required the suppress the stolen Bankai.

It can also be seen that there are special exceptions to stealing Bankai where the medallion does not outright work. This can be seen when Quilge Opie tried to steal Ichigo’s Bankai but failed. More about the particular topic can be read here.

The last drawback is the fact that as hollowfication is like poison to Quincy, they cannot steal an Arrancar’s Ressureccion despite being fundamentally similar to Bankai.

This can be seen later in the manga when Mayuri brings out his own mini army of Arrancar to fight off against Giselle. This plot point is very important as it helped Kisuke Urahara to devise a plan to return the stolen Bankai.

He invented the Shin’eiyaku, which are basically hollowfying pills, which once swallowed releases hollow powers into the Zanpakuto spirit, that is the Bankai.

Now this affects the quincy directly since the bankai spirit and the shinigami spirit are still connected as it was not broken by external force but was stolen using reishi manipulation. Now, quincies bodies cannot handle hollow reishi as it is poisonous to them. So they give up on holding the bankai in the medallion, since keeping the bankai in the medallion the quincy requires to put in equal amount of their reishi to suppress it. Which is also the reason why they cannot use their Volstanding ability.

Coming back to the medallion, the reishi which the quincy uses to suppress the bankai starts getting corrupted due to hollow reishi. This is why Quincy just straight up give up the “damaged” reishi and release the bankai from the medallion. And thus resulting in the Bankai to gradually return to the rightful owner.

The true form of the Zanpakuto lies in it’s Bankai and that is what the Quincy had their eyes on in the first place. They knew that if they get rid of the Shinigami’s primary fighting power, it would be an easy victory for the Quincies. Due to their expertise in Resihi manipulation, theoretically they have control in every aspect of the Soul world, be it people (except humans). Because of this they saw fit to replicate their abilities in these medallions that give them control over the Bankai.

But yes, the one stealing must be strong enough to occupy a spirit and special cases like Ichigo can render it useless but thanks to the likes of Urahara and Nimaiya, that the return of Bankai was possible.

Feel free to discuss down in the comment section if we have missed anything. 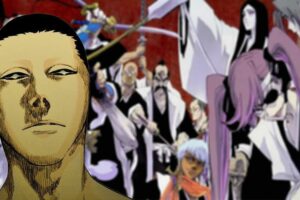 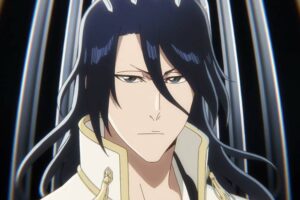 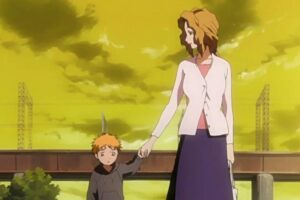 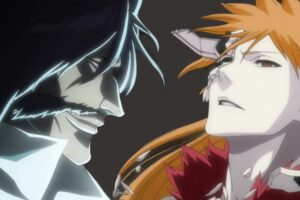 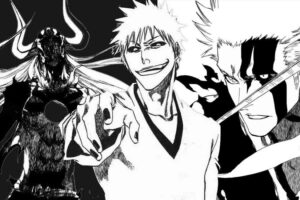 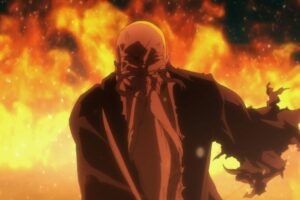