Gojou Satoru Reveals His Reason For Being A Teacher 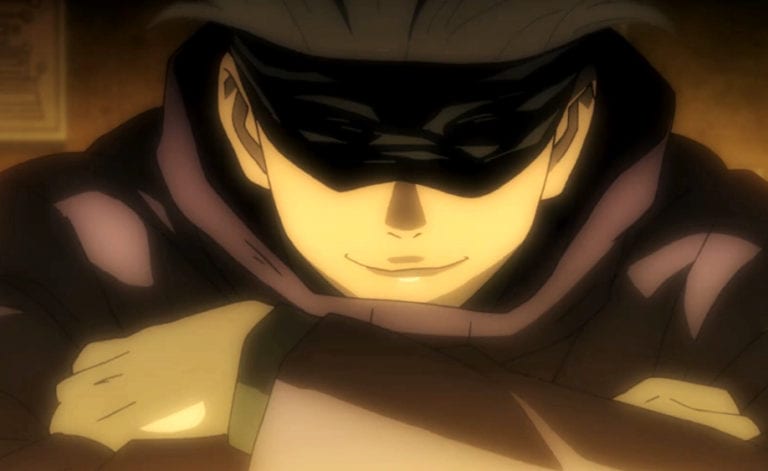 Gojou Satoru is a teacher at the Tokyo Prefectural Jujutsu High School. He is supposed to be a role-model to the students at Jujutsu High. We say “supposed to be” because Gojou himself admits that he has a lousy personality.

From his actions, it is evident that he is somewhat of a slacker. To add to it, he does not mind openly defying or going against his higher-ups (though there is nothing with this trait). His attitude almost borders on cruel when it comes to dealing with the Sorcerer Executives. Such a complex persona is not something the students should be exposed to in their formative youth. An age where they are easily influenced by badassery.

We can conclude from all of this that Gojou is not a perfect fit for the role of teacher. He knows that he is not the teacher type. And even though he realises all of his shortcomings, the strongest Jujutsu Sorcerer still ended up at a place like Jujutsu High. What could have forced Satoru to try out his hand at teaching?

We understand Satoru’s reason for being a Teacher in Episode 6 of Jujutsu Kaisen (manga chapter 11). Rather than a simple reason, it can be termed as a dream.

Satoru’s reason for being a teacher:

Gojou Satoru became a teacher so that he could foster strong and intelligent allies who would one day reset the Jujutsu world and lead it anew.

It is no secret that Gojou Satoru hates the crappy hierarchy and the superiors who control the Jujutsu World. Their obsession with maintaining power and the pride of the clan makes his skin crawl. Well, if we were in his place we would have similar feelings. Knowing that the Sorcerer Executives were involved in trying to get Yuji Itadori killed tells a lot about their conservative attitude. This is what he despises the most.

If Satoru wished, he could wipe out the top hierarchy of the Jujutsu world (at least that’s what the cocky bastard said). But a massacre is not the solution to this problem. If the current executives are gone, they’ll be replaced by more conservatives and the cycle will continue. The only way to break it is by having strong intelligent people lead the Jujutsu society. This is only possible by grooming the younger generation by educating them.

By being a teacher, Satoru has the opportunity to instill the values that he wants in the younger generation of Jujutsu Sorcerers, thus having a major say in how the Jujutsu Society will turn out to be in the future. This, contrary to his easy-going and cheerful side, is quite a brilliant and deep idea.

Infact, he is already proud of the current crop of underlings at the Jujutsu High, including third year Hikari, second year Okkotsu Yuta and even Yuji Itadori who recently joined the school.

But even though his motives are pretty deep, his lax attitude is still visible. While explaining his dream of fostering intelligent and strong allies to Ijichi, Satoru passingly mentions that he would also ask his students to carry out his mission. Now we don’t know if this to blood the youngsters or just because he is too lazy to carry them out himself. What do you think his reason for this could be? Let us know in the comments section!