Can Granolah Use Hakai and Ultra Instinct In DBS? 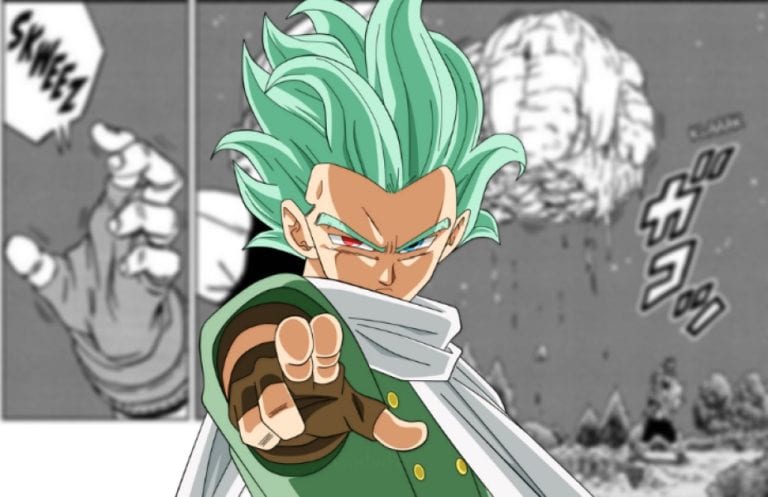 Things took a slightly different turn than what we’ve anticipated in the latest chapter. By reading chapter 69, we predicted that the Cerealian Dragon will not be able to grant Granolah’s wish because it would be beyond the Dragon’s power. In reality, Dragon Ball Super pulled a HunterXHunter-like scenario wherein Toronbo (The Cerealian Dragon) can make Granolah the strongest warrior in the Universe in exchange for 147 years out of his remaining 150 years of lifespan. Also we saw Granolah use various moves which makes us wonder, Can Granolah Use Hakai And Ultra Instinct?

The Cerealian Dragon said it can increase Granolah’s strength by condensing all the power he could have gained in his lifetime hereon. How the Dragon knew the quantum of power Granolah would gain in the future is anyone’s guess. But it seems Granolah’s latent power is so huge that unlocking and condensing it made him the strongest warrior in the Universe. It makes sense, given how effortlessly he was able to defeat the OG Androids which, according to Goichi’s men, have equivalent capabilities as OG73i.

But, keep in mind that the sole Cerealian survivor is the strongest mortal in the Universe FOR NOW. This could change in the immediate future as pointed out by Monaito. Is this foreshadowing that Goku, Vegeta, or Broly will surpass him later?

After Toronbo granted his wish, Granolah’s hair grew longer, signifying the change in his physique (in terms of age and strength). The next thing he did was surprising. To test his strength, he lifted a rock by telekinesis and squeezed it until the core became unstable and exploded. This is similar to the technique Vegeta is learning right now. But, before we get into that, let’s discuss whether Granolah has God Ki or not.

Does Granolah have God Ki?

I think he’s beginning to tap into Divine power, just like Goku when he first became a Super Saiyan God in Battle of Gods through the Saiyan Ritual.

When Granolah asked the Dragon to grant his wish, during that time, Goku and Vegeta were amongst the strongest mortals in the Universe. They possess God Ki and because of that, they grew much stronger than what usually mortals can do with only Normal Ki. If Granolah needed to surpass them, Toronbo would have given him God Ki, which is superior to Normal Ki.

In order to use God Ki efficiently, Granolah should train under an expert God Ki user. But it seems he’s beginning to use techniques that only the Gods can use. So does it mean that can Granolah Use Hakai And Ultra Instinct?

Can Granolah use Hakai?

If the Cerealian Dragon gave him Divine power, then he can use attacks that the Gods can use. As mentioned before, Goku and Vegeta are the strongest mortals in the 7th Universe. Vegeta is learning how to use Hakai. If Granolah had to surpass him, he needs to use techniques that Vegeta has (like Hakai and Forced Spirit Fission) and use them in a better way than the Prince.

In Dragon Ball Super Chapter 72, Granolah pulled off a technique that looks quite familiar. And sure enough, Vegeta confirms that the technique looked SIMILAR to Hakai.

This is foreshadowed by Toyotarō in chapter 70 by the paneling. Vegeta used Hakai on a small stone and we immediately cut to Granolah destroying a huge bolder.

Later on, he reduces a rock thrown at him by Oil into the sand, just like how Beerus destroyed Zamasu. All that was left was a heap of sand.

What’s more, Granolah could also use a technique that is faster than Goku’s teleportation technique. Using that and his sniping abilities and right eye, he was able to knock out Goku twice!

Can Granolah use Ultra Instinct?

But, to use the principles of Ultra Instinct properly, one should practice clearing the mind of unnecessary thoughts so that the body can make decisions on its own. Granolah is too much absorbed in thoughts about revenge and about his past. These thoughts might cloud his mind while fighting.

When Frieza killed Krillin on Namek, Goku was consumed by pure rage and anger. This allowed him to transform into a Super Saiyan (a form fueled by rage).

But, when Merus was erased from existence, Goku showed similar expressions initially. This made us think whether he’d rage transform once again. However, it did not happen.

Right now, if anyone brings up anything related to Granolah’s past, he’d lose his composure. Therefore, like Vegeta, he may not be suited for Ultra Instinct. So to answer the question “whether Can Granolah Use Hakai And Ultra Instinct?” I have my doubts.

What do you think of Granolah’s new powers? Does he really have the technique of the Gods?\ Let us know your thoughts in the comments below!