Black Clover: Who Are The Five Spirit Guardians Of The Heart Kingdom? 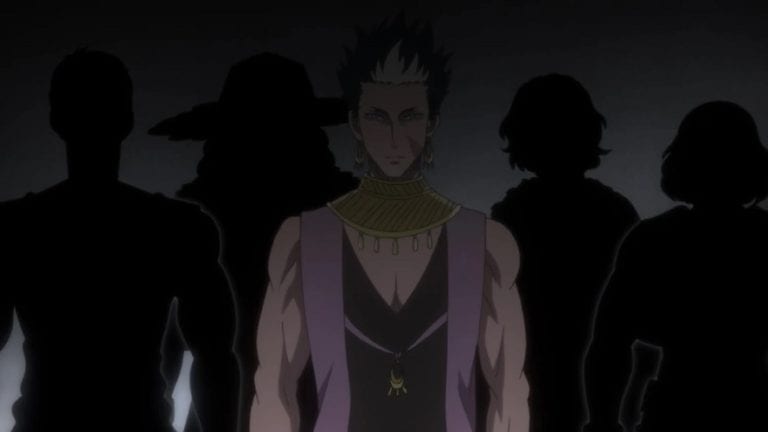 The one thing that has made all the watchers of the Black Clover anime curious since the past few episodes are the identities of the Five Spirit Guardians of the Heart Kingdom. And Episode 155 finally revealed the same along with their abilities!

But before we go into that, let’s remember what “Spirit Guardian” really means.

Who are the Spirit Guardians?

Out of the five Spirit Guardians, we had already met one when Asta & Co. visited the Heart Kingdom:

We have already met Gadjah from his previous encounter with the Magic Knights of the Clover Kingdom. He is the Spirit Guardian of Lightning, and can manipulate real lightning too. He is extremely fast, as he could even keep up with Finral’s Spatial Magic by covering long distances in a short time. His ability include flying in the air without using magic. If he uses ‘runes’ on his body, he can withstand powerful spells too.

The first Spirit Guardian is Potrof! He is soft-spoken patient man. He is the Spirit Guardian of Plants. His belief to becoming stronger lies in “basking in mana”. The forest is a place rich with life, and is overflowing with mana. He tells Rill to soak it in and not forget what it feels like to be easily able to generate mana words. Potrof is also very appreciative and kind, quickly recognizing and admiring the abilities of Charmy and Rill.

A cheerful and humble person, Floga, is the third Spirit Guardian. He is the Guardian of Fire. His magic of generating fire gets a power-boost when he borrows the natural mana. The ability can also manipulate natural fire. He is also wise and sensed the potential of Leopold at one go. At the request of Leopold, he also showed his extremely powerful intensity of Fire Magic that left the former stunned. Too bad we don’t have Fueggy here to match their abilities though!

Smurik is a deep and thoughtful man, who is the Spirit Guardian of the wind. He can manipulate the natural factor of wind to his liking, turning them into attacks that can even chase a person with Spatial Magic. As expected from a Spirit Guardian, his magic is powerful enough to generate multiple attacks at once. It will be interesting to see the difference between his and Yuno’s magic though.

The last Spirit Guardian is Sarado. She is the Spirit Guardian of Earth and understands the attributes of the earth. Her magic and understanding allow her to manipulate the ground to her desire. The ability is similar to that of Sol’s (from Blue Rose) but much faster and powered-up. She is strong, but her instructions to Charlotte and Mimosa are very vague. I am assuming she wants them to find a grip on sensing mana themselves.

I am looking forward to how the Magic Knights train under these powerful mages, and what kind of spells they can bring out. The manga is currently dealing with the Spade Kingdom Arc, as the current anime arc is manga-canon. Episode 155 was a good introduction and kick-start episode. The new characters seem like they have great abilities.

Had you figured out the Spirit Guardians’ abilities earlier? Or were you surprised? Let us know! 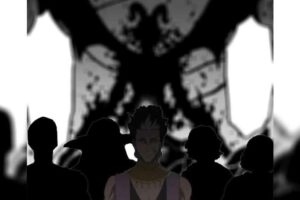