Black Clover: What Is The Dark Triad Ritual ‘Advent Of Qliphoth’? 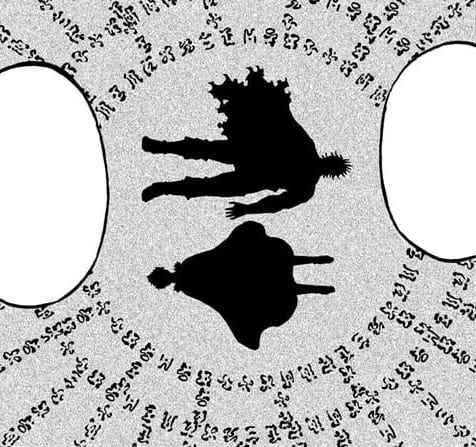 Unlike the Eye of the Midnight Sun, who were fooled into reincarnating the devil “Zagred”, the Dark Triad seem to go quite a few notches up, by trying to literally summon the demons to the human realm. These demons would then cause 90% destruction of humanity in almost the blink of an eye (especially Lucifero).

In order to achieve this “greatness” the 3 members of the triad namely Dante Zogratis, Zenon Zogratis, Vanica Zogratis want to open a gate to the underworld. This will be done by means of the ritual called “The Advent of Qlipoth”.

What is the Advent of Qlipoth?

The Advent of Qlipoth is the ritual that will help summon the devils from the underworld. This ritual requires arcane stage dark magic and world tree magic users. They will serve as the core of that ritual and will be used as sacrificial pawns. The ritual begins after the sacrifice has been offered.

The Advent of Qliphoth essentially recreates the magic channel called the Tree of Qliphoth. This channel links the world of living to the underworld. This link is what allows the devils to enter the living world. The tree of Qliphoth has seven levels. For seven days after the sacrifice, the gates of the seven levels will open gradually.

The Tree of Qliphoth is actually a real life reference. In Jewish Kabbalistic cosmology, the Qliphoth is seen as the opposing structure to Sephirot. They are synonymus with the root of impurity and can basically be seen an as arrangement of evil forces. The Tree of Qliphoth also resembles the nine circles of Hell from Dante’s Inferno. In which Lucifer (like Lucifero in Black Clover) or Satan is imprisoned in the final level.

Dante , Zenon and Vanica went on a mission to the “Clover kingdom” and “Heart kingdom” to capture the sacrificial offerings. There they capture 2 magic knight captains William Vangeance (world tree magic user) and Yami Sukehiro(dark magic user). Lolopechka, the princess and ruler of Heart Kingdom was captured as well.

Why do they want to destroy humanity and bring in the demons?

*Quite simply because they are a bunch of Simps for the demons residing inside them*.

No, because after activating this tree they would be able to use their demon powers to 100%, Since Dante was only able to fight Yami at his 80%. So the simple answer is “For more power” and the ability to be able to rule over humanity.

How much time does Asta and his team have in order to save their captains and Why?

The vice Captain of the Black Bulls “Nacht” has given all the captains of Clover kingdom, Asta and Yuno 3 days to assemble and train themselves. After this they would storm the Spade kingdom and rescue their captains Yami and William.

The seven levels houses ten devils. As the tier moves down a level, the strength of the demons increases exponentially, with the demon/s at the lowest (7th tier) being the most powerful out of all of them (for now Lucifero seems to be in this tier). The demon “Zagred” was said to be in the 1st tier (the lowest). So, one can imagine what would happen if all the 7 doors were to open.

It had also been specified by Nacht that even if they could stop the ritual at the last moment they would be able to save their captains from dying. The sacrificial offerings stay alive until the end and only die as the final level is opened. 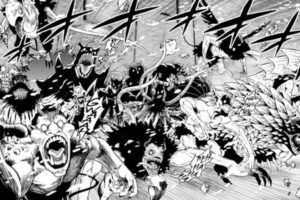 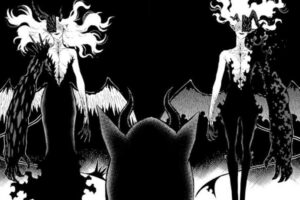