Attack On Titan: Why Did Historia Get Pregnant? 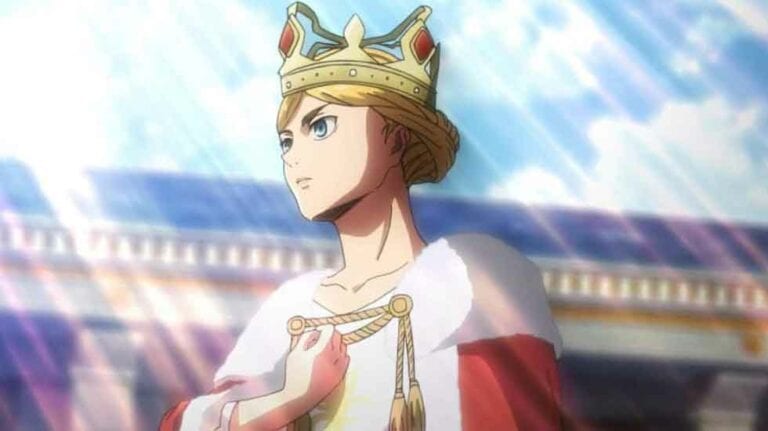 WARNING! This article contains major spoilers from the Attack on Titan manga. Please read ahead at your own discretion!

The latest episode of Attack on Titan reveals a lot of new things to anime watchers. Zeke’s plan, Historia getting pregnant and the overall plan that Paradis wants to enact to keep themselves safe.

Also, Marley has united the world against Paradis with Willy Tybur’s speech. Paradis is in grave danger.

Zeke’s plan was to make Historia inherit the Beast Titan. Primarily because he wanted the titan to be passed on to someone with Royal Blood as he has.

This ensures that the person with the Beast Titan can come in contact with the Founding Titan and protect Paradis from danger.

That plan was put to a stop when Historia got pregnant. Let’s look at why.

Why does Historia’s pregnancy matter?

The plan was for Zeke to pass on the Beast Titan to Historia, to make sure Paradis would survive.

The MPs of Paradis wanted this process to happen as soon as possible as they wanted to secure the titan’s power and use it as a force against other nations.

Zeke wanted to pass on the titan for his own reasons.

Similarly, the Military police wanted Historia to inherit the Titan to ensure they’d stay in power. Both sides just wanted to use Historia for their own benefit.

This is worrisome for people who care about Historia. Add in the fact that she gets only 13 years after inheriting the titan to make things more bleak.

Historia herself agrees to this plan, but this notion is opposed by Eren, and later we see that she had gotten pregnant.

Historia’s pregnancy means she can’t inherit the titan as her body might not be able to handle it. Due to this, she gets at least 9 months of time to come up with an alternate plan.

Who convinced Historia to get pregnant?

We’ve mentioned that Historia agreed to Zeke’s plan. So, why did she change her mind?

Clearly, someone told her about how people were trying to use her. They convinced Historia to give herself and themselves enough time to make new plans that wouldn’t put her life in danger.

The MPs of Paradis assume this person is Yelena. They also assume that Yelena did this to ensure that Zeke gets to live for longer on the island and doesn’t die too soon.

After all, no bottle of wine can make them trust an enemy easily!

They still don’t know what exactly they are planning and what the point of this delay is.

Zeke is adamant about passing the Beast Titan down to royal blood, so they can’t even get another person to inherit the titan.

Here is where anime watchers get surprised. Please don’t read this part if you don’t want manga spoilers.

Historia herself made the choice of getting pregnant.

But it was not to stop being converted into a Titan, but to give Eren more time to come up with an alternative plan to the Rumbling he initially suggested to her.

It was Eren who told Historia about the MP’s plan of using her.

Eren has been shown to care about the people around him to a great extent. That applies to Historia as well.

He doesn’t want her to inherit the Beast Titan right away for one main reason: She would continue the cycle of royals eating children.

There’s no choice, really. She’d need to pass down the titan to her child, who’d have to eat her. Then that child would need to pass it on, and so on.

After Historia’s trauma with Rod Reiss and trying to pass on titans to his children, Eren couldn’t put Historia through the same thing.

So, Eren goes to Historia and tells her his plan. About the Rumbling and about destroying the world outside the walls.

Achieve peace by destroying everyone who threatens it.

Historia was against the plan, but Eren didn’t budge. There was no time to waste. It was a crucial factor in this scenario.

This makes her consider the option of getting pregnant so that there would be more time at Eren’s disposal. Nine months to be precise.

So to answer in short; Historia got pregnant to buy more time for Eren to come up with an alternative for the Rumbling. Infact, she wanted to force him to reconsider.

However, as manga readers, we know how the situation turned out to be.

What are your thoughts on Historia getting pregnant? Who do you think the father of the child could be? Let us know your opinions in the comments section!