Skip to content
Home » Series » One Piece » One Piece: Will Law Die In Wano?

One Piece: Will Law Die In Wano? 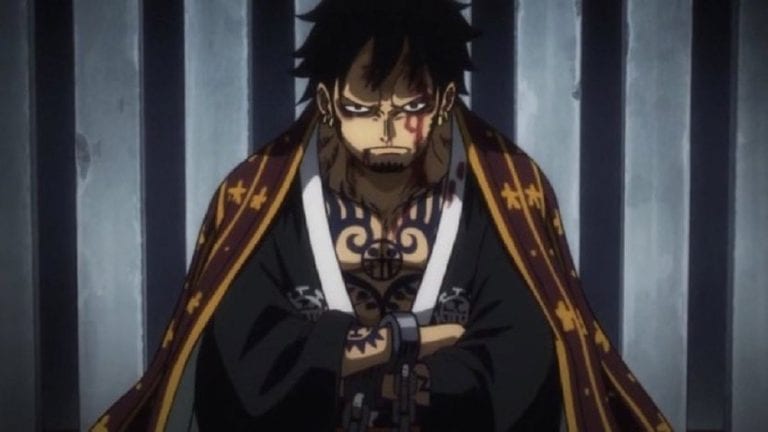 Wano Arc has reached the point where the fates of many will be judged. Be it Kaido or the mink-pirate alliance, it’s all or nothing now. It goes without a doubt that the victory will be nurtured from the sacrifices of those who gave it all to the battle. Could Trafalgar D. Water Law be one of those sacrifices?

Well, even though we are cuddling our pillow to stop ourselves from weeping like a 2-year-old, we can’t completely deny this possibility. But it’s still just a possibility. It is imaginable that our boy Law makes it out of Wano alive and shambling, we mean smiling.

So, how about we did a bit deeper into the subject and understand why Law could die in Wano –

Law has Accomplished his Goal

The reason that fuelled the life of Trafalgar D. Water Law was to avenge Cora-san (Corazon) by personally introducing Doflamingo to hell. Corazon was the one who gave Law a chance at life by laying down his own. For that, Law devoted his entire existence to bring down Doffy and everything else that bore his name. In the events that unfolded at Dressrosa, Doflamingo saw a “punching” defeat. Now with Doflamingo gone, what inspires Law to go further? What goal he has left now?

It goes without saying that Traffy devoted every shred of his life to revenge. All he ever wanted to see was a defeated Doffy lying on the cracked and crumbling surface of everything he had built. Even though they weren’t his hands that introduced Doflamingo to the ground, it still counts as his win. We aren’t saying that his character won’t serve any purpose, we are just saying that it isn’t left with any. Or is he?

The Difference in Strength

During the Dressrosa Arc, we got to see just how much the new generation has grown in strength and power. Law was indeed strong but he wasn’t really a match against Doflamingo. If it hadn’t been for Luffy, there would have been no one (barring Fujitora and Sabo) to stop Doffy. Now, we know Luffy has grown much stronger than he was in Dressrosa. For as much we know, the strength of Eustass Kid stands on equal ground as Luffy’s. Law is undoubtedly strong but we aren’t sure if he is strong enough. The trio stands against 2 Yonkos and that’s saying a lot.

We must not forget that even the combined strength of 9 Scabbards failed against Kaido alone. So, it brings up the question as to how Law will fare against 2 Yonkos? We can only hope that he is strong enough to take them on.

But there is another side to this story. There is a firm line of reasoning that argues that Trafalgar D. Water Law will emerge smiling from the Wano War.

Law Wants to Learn About the Will of D

It was hinted way back in the Dressrosa Arc that Law has some knowledge about the Will of D. He knows that the ones with the letter D in their name are the natural enemies of God. Law stated his desire to unveil the true meaning of the Will of D. This gives meaning to his existence after the defeat of Doflamingo. He wants to understand who he is and why is he the enemy of god.

To realize the newfound motive of his life, Law cannot die, not here at least. So, according to us, this guy will survive the great Wano battle and move forward towards the seas where his answers lie.

He is Too Op-e to Die

Okay, he may not be the strongest, but Law is definitely one of the strongest in the “room.” He is not that easy to put to rest even for the Yonkos. The true extent of his devil fruit powers, the Ope Ope No Mi has not been revealed yet. He hasn’t tapped into the true power of his devil fruit and we have a good feeling that he will do honours in the Wano battle. Oh and let’s not forget that Law’s actual goal was to take down Kaido all along.

In a brief conversation with Nico Robin, Trafalgar D. Water Law revealed that Kaido was the one he wanted to retire permanently.

So, do you think Law will really die in Wano? Is it possible for him to survive the battle against the Yonkos? Let us know what you think in the comment section.