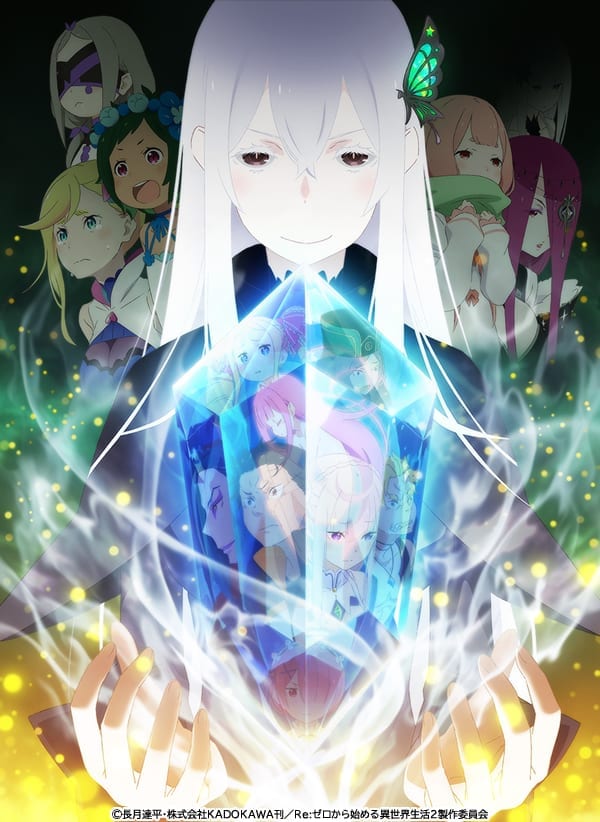 The new promotional video released for Re:ZERO Starting Life in A Another World revealed that the second season of the anime will start airing from July 8, 2020. A new visual was also revealed along with the PV.

The announcement took place in a special broadcast program held on Thursday hosted by  Yusuke Kobayashi and Rie Takahashi, the voice actors of Subaru Natsuki and Emilia. The series will be broadcast on AT-X, TOKYO MX, BS11 etc.

The opening theme “Realize”, which is performed by Konomi Suzuki, played in the PV. “Memento”, performed by Nonoc will be the second season’s ending theme. It will be released on September 2.

In addition to the returning cast, an additional cast for the second season too was revealed!

Based on the light novels written by Tappei Nagatsuki and illustrated by Shin’ichirō Ōtsuka, Re:ZERO follows the story of Subaru Natsuki, a hikikomori who suddenly finds himself transported to another world on his way home from the convenience store. In the second season he will come face to face with the witch on envy Satella!