Attack On Titan: Who Planned The Raid On Liberio & Why? 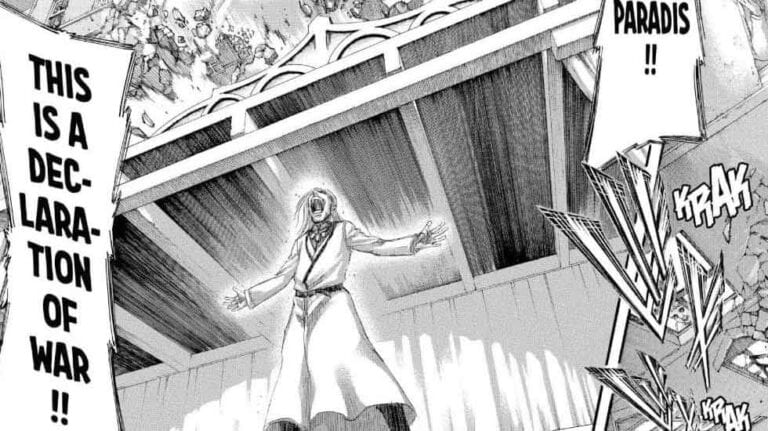 This article has major Attack on Titan manga spoilers. Please read on at your own discretion!

The raid on Liberio was a shock to the world of Attack on Titan. The dignitaries and the military from every major country saw Willy be literally torn apart and murdered. To add to that, the person who kills him is the very same enemy he was warning them against;

Now, was this just a random attack that Eren started on a whim? Or was it a preplanned attack that had multiple parties working together? Who was the mastermind behind the attack on Liberio and why was it important?

Looking at the ensuing events, we see that raid on Liberio was indeed part of a bigger plan that aimed to destroy the enemies of Paradis or at least deter them from launching an immediate counter-attack. How was this planned?

Who was the mastermind behind the raid on Liberio?

This is Attack on Titan we are talking about. Nothing is explicitly explained, nor is it mentioned what exactly transpired behind the scenes. However, one thing that is confirmed is that the raid on Liberio was orchestrated by Zeke Yeager, the Beast Titan. It was carried out so that Eren and the survey corps would be able to take him to Paradis Island while making the Marleyan military believe that Zeke was dead.

When Hange asks Zeke if everything went according to plan, it literally turns the tables. But why exactly did Zeke plan the raid on Liberio? To understand this, we need to take a look at Zeke’s outlook on Eldians and the war.

Zeke always thought that the fate of the Eldians was sorrowful, in spite of giving up his parents to the Marleyan government and despite being one of the strongest Titans in their arsenal. He believed that there was a peaceful solution in contrast to the world’s view of mercilessly killing all Eldians.

Zeke even went to the extent of calling himself a true Eldian restorationist, in order to achieve his plan. The poor man, after a lifetime of violence and pressure, simply wanted to end things without violence. Ironic.

Why was the raid on Liberio important?

Continuing the same point, Zeke wanted peace. His idea was to use the power of the Founding Titan to enact his secret plan for the Eldians.

But, how would Zeke enact his plan? The only he could get this done was by co-operating with his half-brother Eren Yeager, who was in possession of the Founding Titan. Thus, he decided to reach out to Paradis Island and present his plan to them. And thus, the exploration ships sent from Marley to Paradis had Zeke’s followers in them.

Using these followers, Zeke manages to get his message out and convinces Eren and Paradis to accept his plan. Although Zeke had all this planned out, he needed to escape from Marley, without having them look for him. This is where the Raid on Liberio comes in.

It is possible that he worked with Willy Tybur to set the stage with the Liberio festival. Or he just used a situation that was presented to him in the best possible way. In other words, Zeke would use Willy Tybur’s speech and Eren’s attack to “die”. He would fake his death and escape to Paradis. This is what makes the raid important.

Why did Eren Attack Liberio?

A point that should not be overlooked is that the raid on Liberio WILL warrant an immediate attack on Paradis. Not only by Marley, but by the entire world. With this said, Zeke and Eren can’t just run around willy-nilly and destroy things.

Most importantly, the raid was a way to scare the world into not attacking Paradis. Additionally, the attack doubled as a way to crush the firepower of Marley and other countries by destroying their ships, weapons, and their military heads. It also made sure that Eren and Survey corps would have to rely on the plan that Zeke presented to them.

Taking all this into account, we can see why the attack on Liberio was of utmost importance. The world’s governments needed to face losses, the world had to be scared by the power of Paradis, and Zeke had to create a convincing reason to act as his “death”. Ultimately, the Liberio festival and the following attack was the perfect reason and stage for Zeke and Eren to launch their grand plan into action. 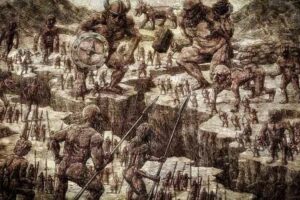 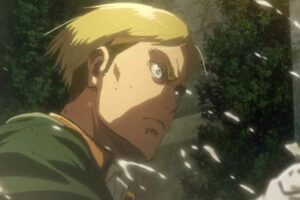