This is the first time Tokyo Revengers has collaborated with an artist. 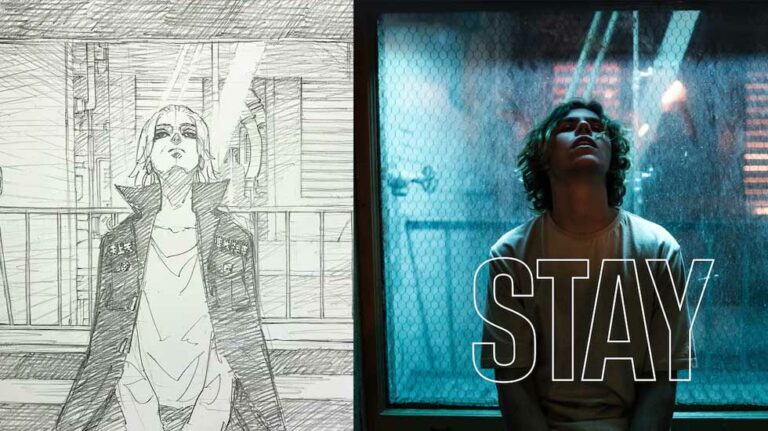 Both LaROI, who is fan of Japanese culture and uses anime-style illustrations in his work, and Wakui felt that the lyrics and fast-paced tune of Stay matched the worldview that was presented in Tokyo Revengers, which eventually helped materialize this collaboration.

“It’s a cool song that matches the worldview I depict, and I listened to it a lot while writing the manga! and drew two special illustrations for this collaborative movie,” Wakui said.

“Tokyo Revengers x Stay” depicts the character’s wish to “stay here” which is personified in LaROI’s song. A Japanese translation of the song’s lyrics is included in the video’s summary.

LaROI was apparently so excited by the completed video that he wanted to release it through his official YouTube channel. Wakui too commented on the video saying he found it cool.

“It was so cool! The story of Takemichi and Mikey is all in one, and I think you did a great job of bringing out the hot and cool parts of my manga,” the author said.

“Stay” is a song by Australian rapper and singer the Kid LaROI and Canadian singer Justin Bieber. It was released through Grade A Productions and Columbia Records on 9 July 2021. “Stay” peaked at number one on the Billboard Hot 100 and the Billboard Global 200.

The song was certified as the fastest platinum album in Japan to exceed 100 million total streams in the history of Western music, and won the “Song of the Year by Streaming” award at the “Japan Gold Disc Awards” announced on March 14, becoming the most streamed Western song in Japan in 2021.

On 4 November 2021, Stay reportedly reached one billion streams on Spotify, becoming the fastest to do so in 118 days and surpassing the previous record held by Sheeran with “Shape of You” in 153 days.